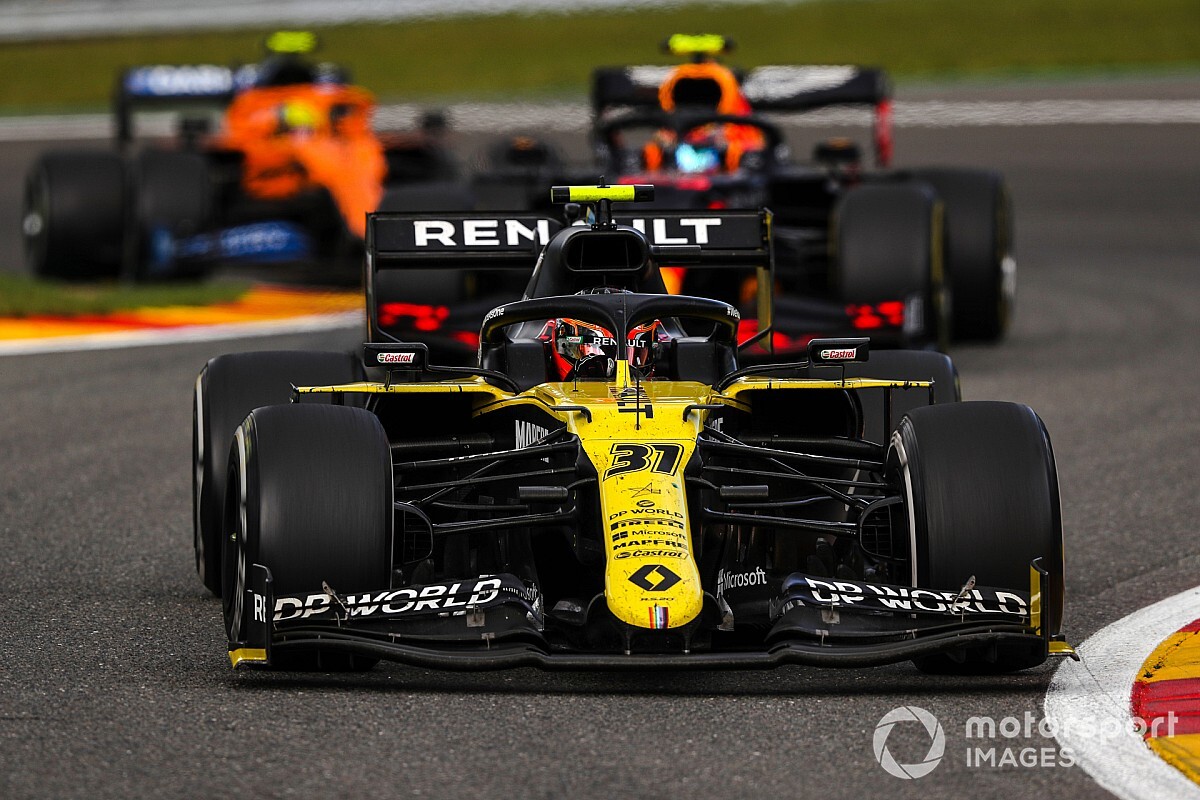 Renault’s form at the Belgian Grand Prix has left Esteban Ocon convinced the French car manufacturer is now in the fight for third place in the constructors’ championship this Formula 1 season.

The Frenchman and teammate Daniel Ricciardo helped deliver Renault its best qualifying performance since returning as a works team in Belgium, with the pair going on to finish fourth and fifth in the race.

Based on how strong the Renault was there, with hopes high for Monza this weekend too, Ocon sees a chance of it ending the campaign as best of the rest behind Mercedes and Red Bull.

Currently Renault is sixth in the standings, but is just nine points behind McLaren in third.

Asked if Renault could push itself to the front of the chasing pack for third place overall, Ocon said “Yeah, we can. We can. There's 10 more races to go, so we are only in the beginning of the season, more or less.

“There's a long, long way of course, but it's very nice to see that we are coming into that fight very nicely.

“We need to get consistent at scoring and we don't want to have a second Barcelona for sure. But when there are opportunities like this coming, what's important is to get the points and that's what we've done this weekend.”

Ricciardo says that he "expects" Renault to be bang on the pace again at the Italian Grand Prix.

“I think it can certainly be expected from us, you know, on these low downforce circuits,” he said. “Coming into Monza next week, I think we can expect to be competitive again.

“That would be certainly a pretty strong assumption at least from my side.”

Ocon said that the Belgian GP form had been a huge boost to him in particular, after a sometimes challenging first phase to his F1 return.

“I think it is very, very encouraging,” he said. “To be there with the Red Bull it's nice you know. Very, very nice. We need to do that obviously a lot more consistently.

“We seem to be quick as soon as we're running a little bit on low downforce. Silverstone was the case and in Belgium we were quick again.

“It's a shame there's not two Spa races, obviously, but we'll have a Monza so we should be quick again.”