Alpine Formula 1 driver Esteban Ocon says the latest Renault engine upgrade meant he didn’t have to be “shy of anybody” when battling in the Saudi Arabian Grand Prix.

In the early stages of the race, Ocon battled with teammate Fernando Alonso, and he eventually finished sixth after the Spaniard retired with a loss of drive.

At some stages of the race he also fought with other cars, notably the McLaren of Lando Norris in the closing laps of the race, with his sixth place lifting Alpine up to fourth in the early F1 world constructors' standings.

Ocon made it clear that Renault has made a step with its revised power unit which has helped him to fight with rivals, after they missed out on straightline speed performance in 2021.

"Good. I mean, we didn't have to be shy of anybody," he said when asked by Motorsport.com about the form of the power unit. "As soon as I had the DRS open I could pass, I could overtake easily the Aston of Nico [Hulkenberg], Lando in the McLaren.

"Who else? I mean Fernando of course was there. I could compare to many different cars, and it was working well for us."

Ocon beat George Russell to fifth on the grid in Jeddah, but he acknowledged that Mercedes is still ahead in the battle to be third-fastest team on race pace.

"[Russell] was faster than us," said the Frenchman. "He was not pulling away as much as we thought, but he was he was still pulling away compared to us.

"So they still have a little bit of race pace advantage clearly and this is something we are going to be working on.

"I think it's been two very strong weekends for the team. Unfortunately it's a shame that Fernando didn't complete the race, because there was a double points finish for the team again. But we've been progressing.

"We've been faster than Bahrain, so that's very good. It's very positive. It's only race two of the year, there's more for us to come as well. And yeah, I'm pretty pleased with coming with that many points at the start of the season." 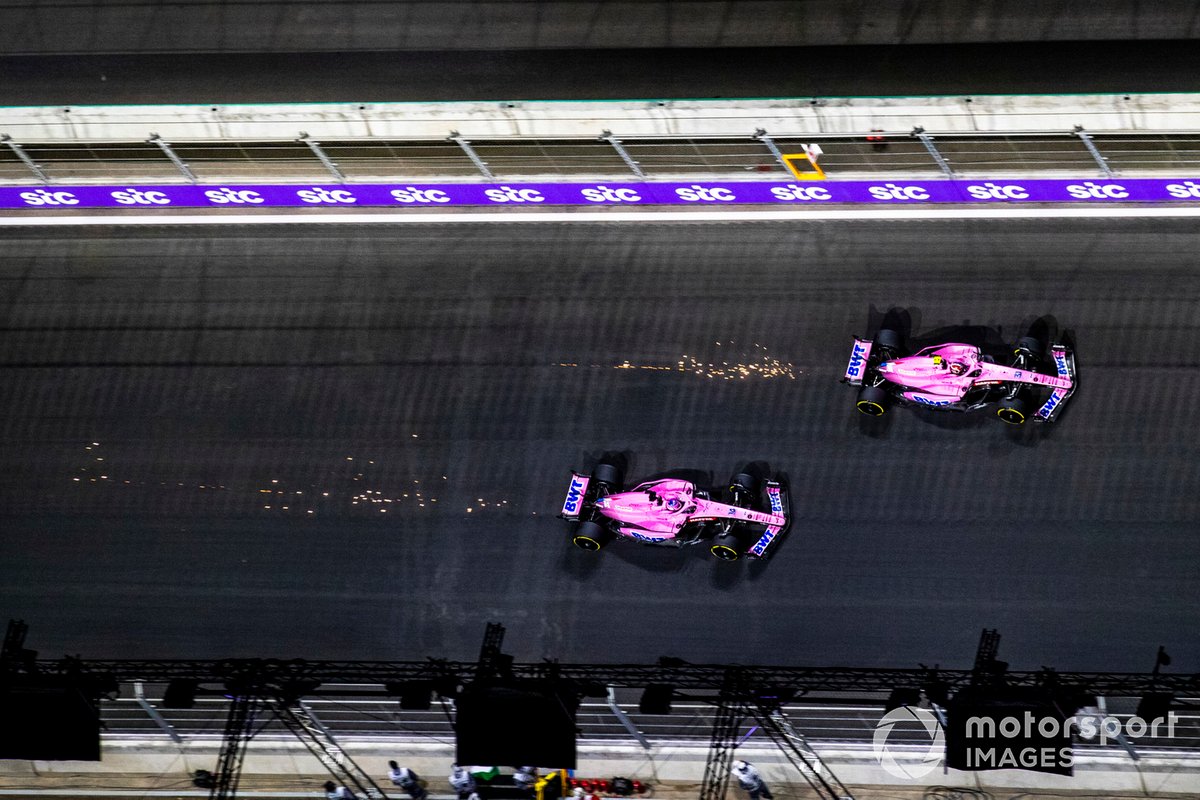 Alonso also praised the new engine after the Jeddah race, noting: "I think we are in the ballpark now with the others. We could battle on the straights with other people, here and in Bahrain. So let's see."

Alpine team principal Otmar Szafnauer stressed that the team will have to keep up in the aero development race that will be a focus of the 2022 season with the new cars.

"Super tight, the midfield," Szafnauer said. "Esteban finished best of the rest today and Fernando would have been ahead of him had he not had this problem. So from that regard, we're happy.

"However, the learning curve on this car is so steep, that it's going to be a development race. So we just have to keep adding performance to the car. It is where it is right now.

Szafnauer admitted that being close to Mercedes provided extra motivation for the Enstone team.

"On race pace, watching the race here, they are clearly ahead of us. I don't know, but maybe they had some issues in qualifying. We're going to push hard to try to compete with them. But sitting here today, it looks like, they probably have a better race car.

"It's a carrot to keep pushing. It will take us a few races, to have a variety of races, to really assess where we are in the pecking order. And then like I said, it will be a development race this year."

Regarding the Renault power unit, he added: "The guys at Viry, from what I see, have done a great job, and improved the powertrain. They've done wonderful work over the winter. And we have a good base to keep improving."