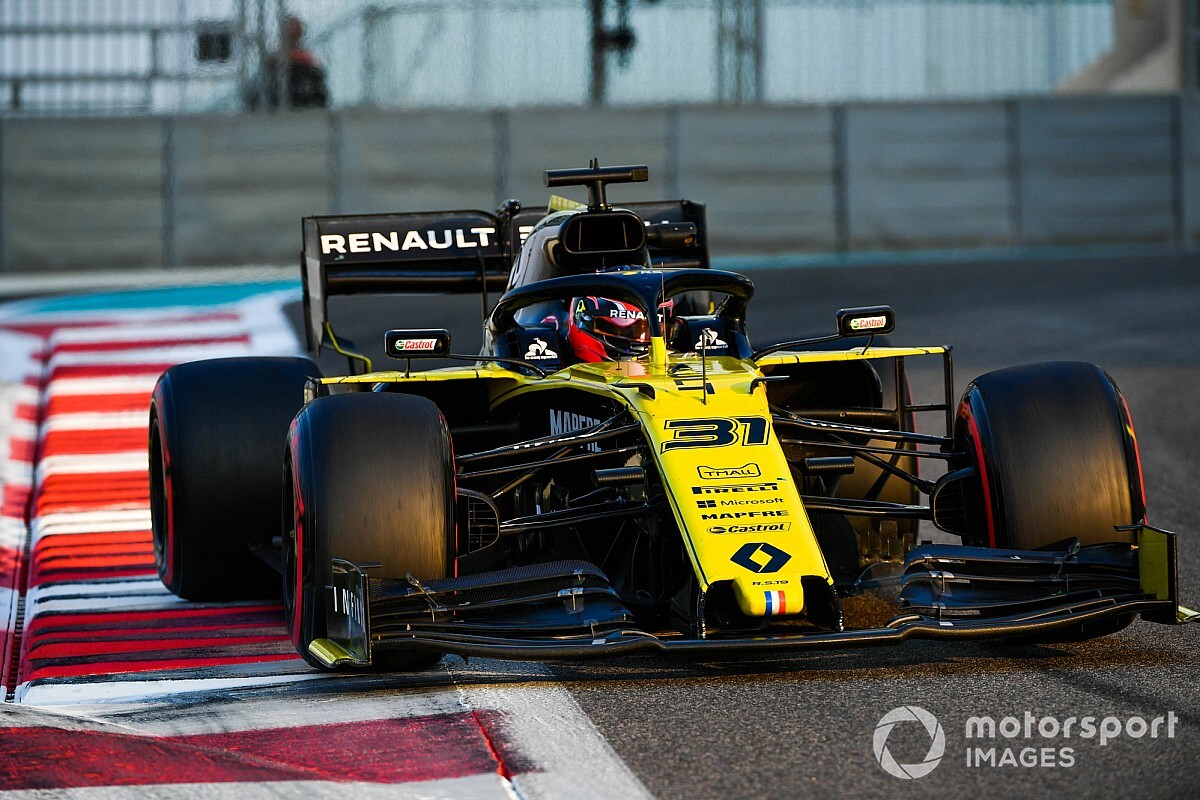 Renault's new Formula 1 signing Esteban Ocon believes getting a run in the team's 2019 car in Abu Dhabi is "crucial" and will "help massively" in light of next year's reduced testing schedule.

Ocon, who replaces Nico Hulkenberg in the French marque's 2020 F1 line-up, was released by Mercedes to join Renault for the post-season two-day tyre test in Abu Dhabi.

And the Frenchman believes this will be integral to his preparations for next year, as F1 has cut down from eight pre-season test days to six for 2020.

"It's crucial and definitely it's going to help me massively. Because you arrive to testing in February with an advantage, because you have your position [in the car] fixed, you have things that you verified on track, which it's great to have the chance for that," Ocon said after his first day in the Renault RS19.

"I didn't get much driving time this year, and to have even fewer days in February, it's a big problem.

"So to have these two days here it's basically a counter for the days we are lacking in February."

Ocon, who served as Renault's F1 reserve in 2016 before driving for Manor and then Force India/Racing Point, ended Tuesday's opening test day in eighth place, 2.838s off the pace.

Tyre supplier Pirelli revealed that Ocon's mileage was limited by a problem with the seat, and the Frenchman himself confirmed the seating position was a marked difference compared to Mercedes - whose two race drivers are shorter than Renault's 2019 line-up.

That aside, Ocon enjoyed a "pretty smooth" day.

"It's a fantastic feeling, to be back. I was so excited for today, I've been waiting for that day for months and finally it happened.

"Good first impression, the team gave me a very warm welcome, which is always very satisfying. Seeing some old faces, some new faces as well, which is great.

"And we properly started to work on all the little details, and towards the afternoon I started to get closer and closer to the limit."

Asked what he made of the RS19, he said: "It felt good. Obviously there's always a lot that you can improve, but yeah, the engine is also something new for me since a couple of years - good power.

"Then, of course, the balance, you need to always work on it. I think we have a solid base that we can continue [from] tomorrow."