Subscribe
Previous / Alfa Romeo CEO: “No hurry” to decide F1 future beyond 2023 Next / Why a good night's sleep is not just a Singapore GP issue
Formula 1 News

The Frenchman looks set to lead the Alpine team in 2023, following the departure of Alonso to Aston Martin.

But while Ocon is raved about by his team, which has committed to him until the end of 2024, he is aware that those outside the squad sometimes fail to recognise the job he is doing.

For he reckons that having shown so strongly against Alonso, which included his maiden win in Hungary last year, only Lewis Hamilton has done better than him as a teammate to the Spaniard.

Speaking to Motorsport.com about his reputation within the paddock, Ocon said: “I don't read everything that is said about me, but I hope that when I do something good, it is reported as such, and that others can get an idea.

“But it is true that there are some people who say to me 'ah, I didn't notice your qualifying at Spa', or 'I forgot you won last year'. I admit that I find it a bit strange.

“In the end in qualifying, compared with Fernando, it is 9/7 to him, but I have a few more points in the standings (Ocon has 66 compared to Alonso’s 59). Last year, if we talk about qualifying, we finished the season in a draw: 11 to 11.

“If I look at Fernando's career, the only teammate at his level was Lewis. Everyone else has not done better than me.

“Personally I feel that I am doing a good job, yes. So it is a bit strange at times to see that on the outside there are those who perceive in a slightly different way.” 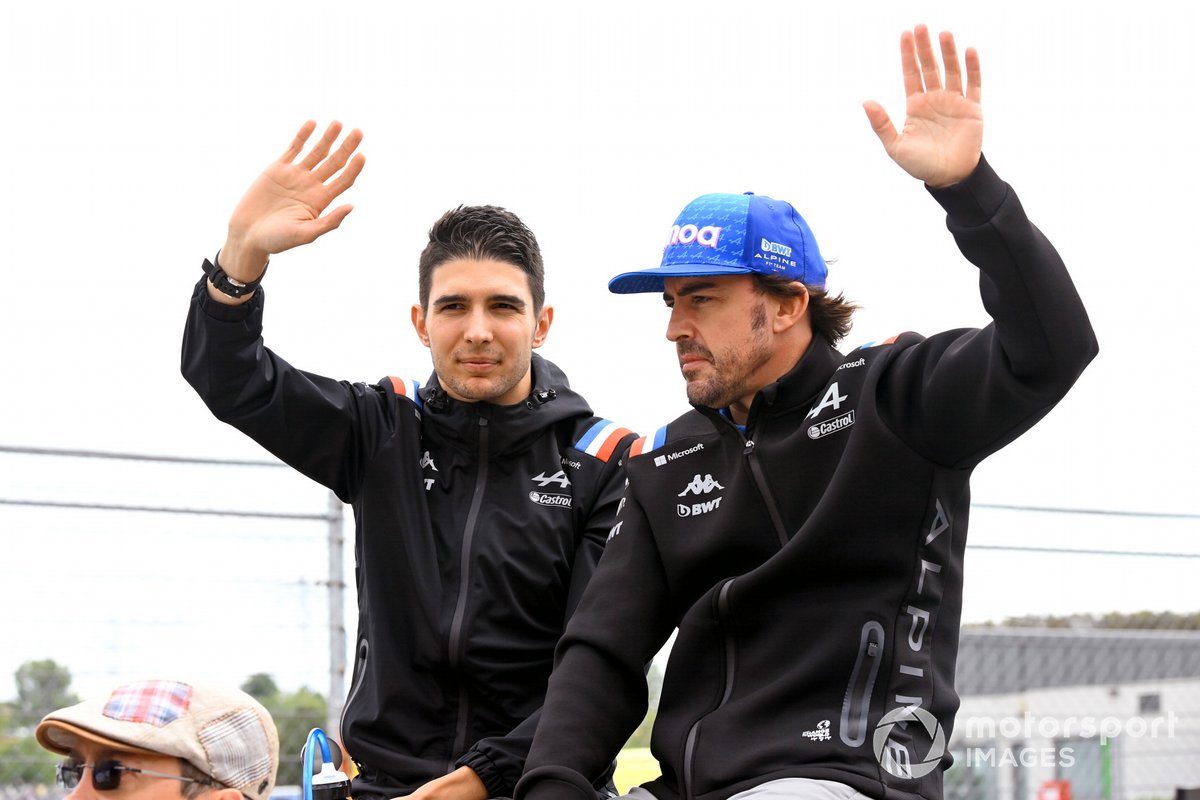 Ocon says he now smiles when he remembers the number of times he was told that his F1 career would be killed off going up against Alonso – which makes him especially proud that he has come out of their time together looking so good.

Asked about the doomsday predictions, Ocon said: “Yeah, I heard it too, but I'm still here, right?

“It is a nice comparison from where we started last year, both in qualifying and in the races. Fernando is very, very fast. I don't think he has anything to prove to anyone. To those who say if I have learned from Fernando, I answer 'certainly'. But I hope that he too could have learned something from me.”

While Ocon is happy with his career progression in F1, and excited about the next two years at Alpine, he knows that he cannot afford to sit back and believe his place on the grid is assured.

He cites the example of Daniel Ricciardo, who could be facing a year on the sidelines in 2023 on the back of two difficult seasons at McLaren.

“I understand that there is nothing guaranteed in Formula 1,” he said. “Even if you have won a race, even if you have stood up to a double world champion like Fernando, you are not sure of having a guaranteed future.

“We have the example of Daniel. Two years ago, he was in the top-driver group and today he doesn't have the guarantee of a seat for next season. You must always be at the top, and be sure to never give up.”