Esteban Ocon says his shock 2021 Hungarian Grand Prix win relieved some pressure on his Alpine Formula 1 team as the outfit now has experience of being in a winning situation.

Ocon benefitted from a chaotic wet weather start in Budapest to surge to the lead after a restart, as leader Lewis Hamilton pitted. Ocon kept his cool and led the entire race to take his maiden grand prix victory, holding off Aston Martin's Sebastian Vettel and Hamilton.

It was one of several standout races for Alpine, which also included a podium for teammate Fernando Alonso in Qatar, as it defeated AlphaTauri in the battle for fifth place in the constructors' championship.

Ocon thinks taking his first ever win not only steeled his self-belief, but has also taken away some pressure from the rest of his Enstone team.

"Yeah, it’s a great feeling and I’m also glad we’ve got that away also for the team," Ocon said.

"Obviously, it’s the first win since the Renault comeback in the new era of Formula 1, so next time hopefully soon that we are going to be in that position, we know how it feels. We don’t have as much pressure; we can just do our job and make it happen."

The Frenchman admits the team is still far away from regularly fighting for wins but says the taste of victory has made the team even hungrier to sample it more often.

"In my case, I’m still working the same way that I did. The guys that I have around me, of course they were really pleased with having that win, it’s the first one for many of them, but we want to have more of those moments, it’s not only one.

"We know we have a long way and hard work coming up but it feels obviously good and I’m proud to have lived that with them, with such a talented bunch of people." 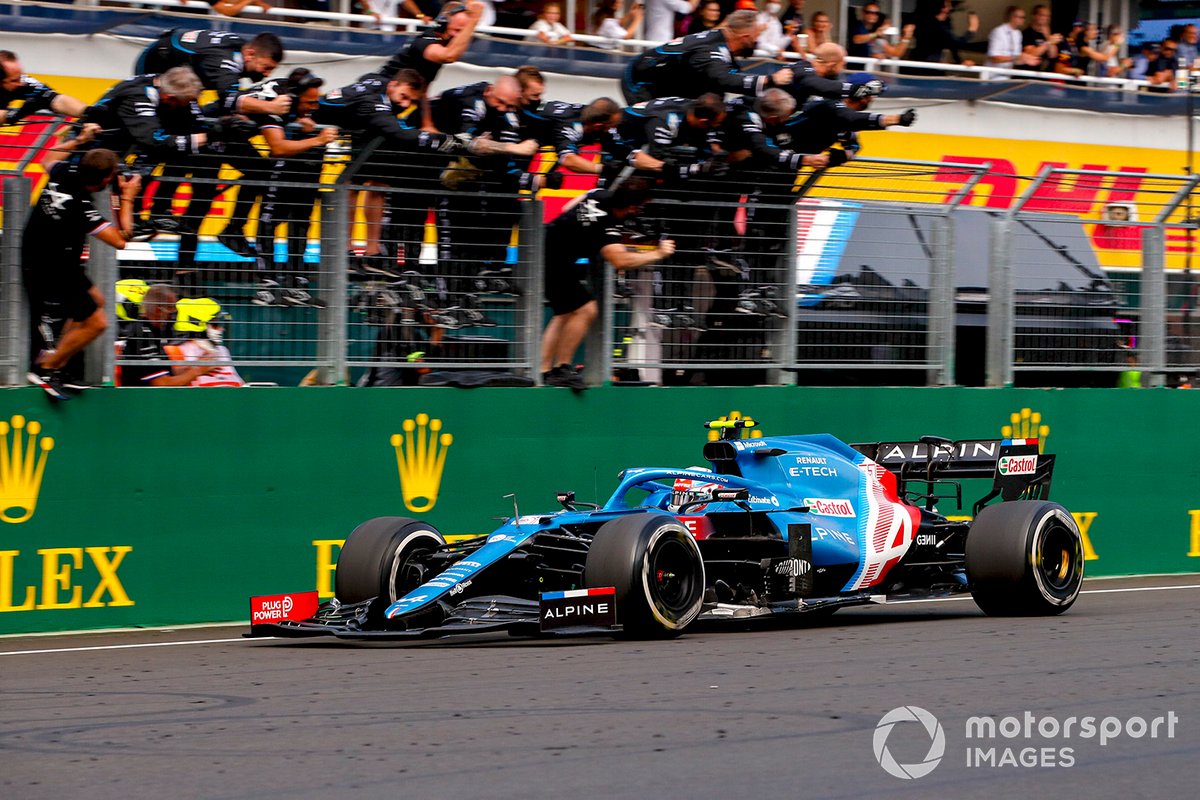 Despite not having a particularly fast car, partly down to an engine design that dates back to 2019, Ocon is pleased with how Alpine has managed to capitalise on any opportunities to score big points thanks to improved race management and trackside operations, which has become part of the team's philosophy.

"We wanted to operationally be on top of our game and we’ve done that this year. I think we can be proud of that, because that means when we are going to have a fast car, we can be fighting up there with the top cars and the top teams without being afraid."