Alpine Formula 1 driver Esteban Ocon says he was happy to repay teammate Fernando Alonso for his help in Hungary by holding up Sergio Perez in the Qatar Grand Prix.

Before the summer break, Ocon took a shock maiden win in Budapest after an incident-filled start saw him vault to the lead.

All race long, Ocon defended his lead against Aston Martin's Sebastian Vettel, but it was the resurgent Mercedes of Lewis Hamilton he was more worried about.

But behind Ocon teammate Alonso managed to keep the much quicker Hamilton at bay for several laps, which gave Ocon enough breathing room to win, Hamilton eventually climbing no higher than third.

During Sunday's Qatar Grand Prix the roles were reversed, as this time Alonso was heading for his first podium in seven years, with Ocon in the role of wingman behind.

Both Alpine cars were on a one-stop strategy and came under fire from Perez's Red Bull, who was flying on a two-stopper.

Ocon was acutely aware of the situation when he was asked on the team radio to play his part and "get his elbows out" to hold up the Mexican, and thus give Alonso some more margin.

When asked if he felt the need to repay Alonso for his help in Hungary, Ocon said: "Yes, exactly. So I came on the radio saying 'how far in front is Fernando' and basically the team said: 'Oh, you need to defend now.'

"And I said: 'Yeah, that's why I was asking you guys! I'm aware of that situation'.

"So yeah, I wanted to do my best to try and slow down Checo as much as possible for him not to be able attack Fernando towards the end." 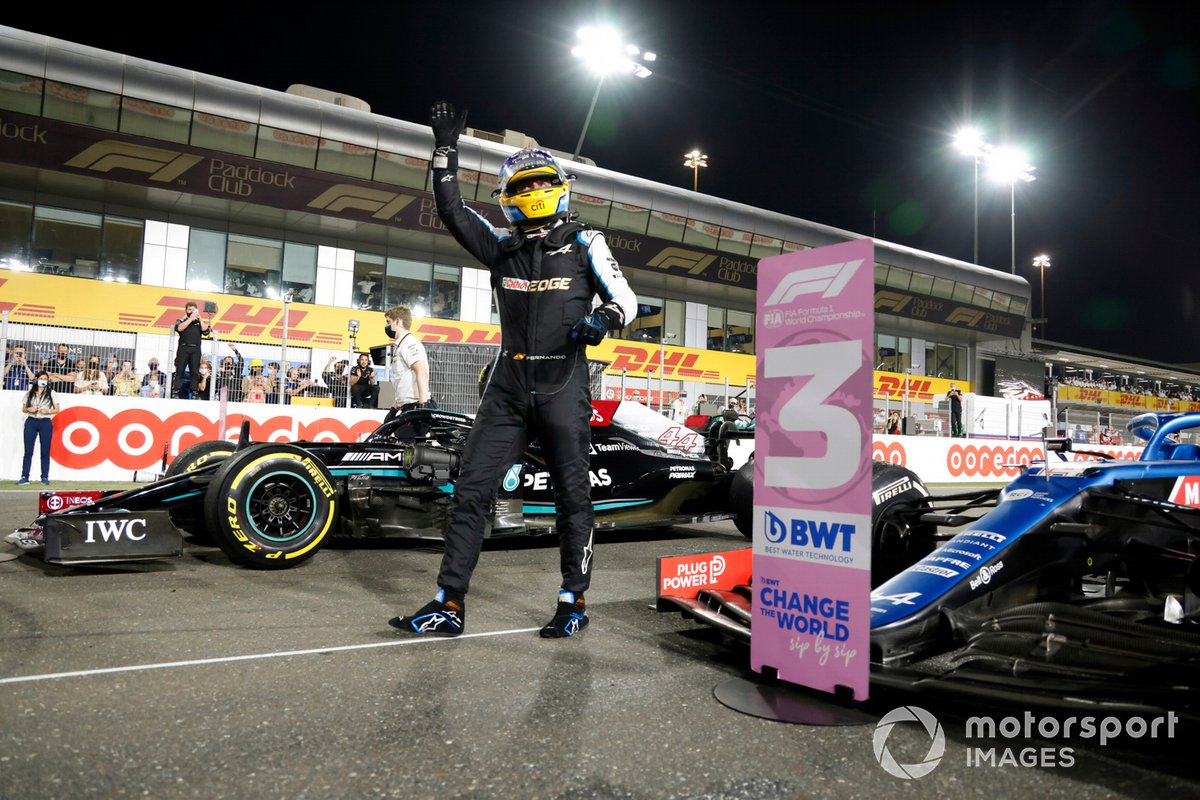 While Ocon struggled to keep the much faster Perez behind for long, he did defend stoutly into the first sequence of corners after holding him up on the previous lap.

"I slowed him down a good three seconds and that was what we needed," Ocon explained.

"It was not as easy to defend as Budapest because the straights are longer and he was on fresher tyres so it was a different set of circumstances, but I'm glad that I played my part and I gave a little bit back of what Fernando gave me in Budapest."

Alonso ultimately beat Perez to third by 2.8 seconds, after leading by five seconds on the penultimate lap.

Ocon followed the pair home in fifth in what amounted to Alpine's finest result since Hungary, which has all but guaranteed the Enstone team will beat AlphaTauri to fifth in the 2021 constructors' championship.