Esteban Ocon said he had a "terrible qualifying" at Formula 1's French GP thanks to what he called a fundamental issue with his Alpine A522.

The Frenchman was also mystified as to why he was only 17th in FP3 before securing 12th in qualifying.

He will actually start 10th, as Carlos Sainz and Kevin Magnussen both have grid penalties.

Ocon's teammate Fernando Alonso demonstrated the potential of the car by securing seventh on the grid.

"It's clearly a disappointing qualifying," Ocon said when asked by Motorsport.com about his session.

"A terrible qualifying, I have to say. Not where we were supposed to end up, I think the car has potential to be sixth or seventh.

"So we were not happy, but we are fighting with a very inconsistent car, since a couple of races. We were last in FP3, which is not possible at this stage. That that we are fifth in Austria and last in practice here, it's impossible.

"So not where we want to be. It's a difficult problem to fix, but there is for sure a fundamental one that we need to find." 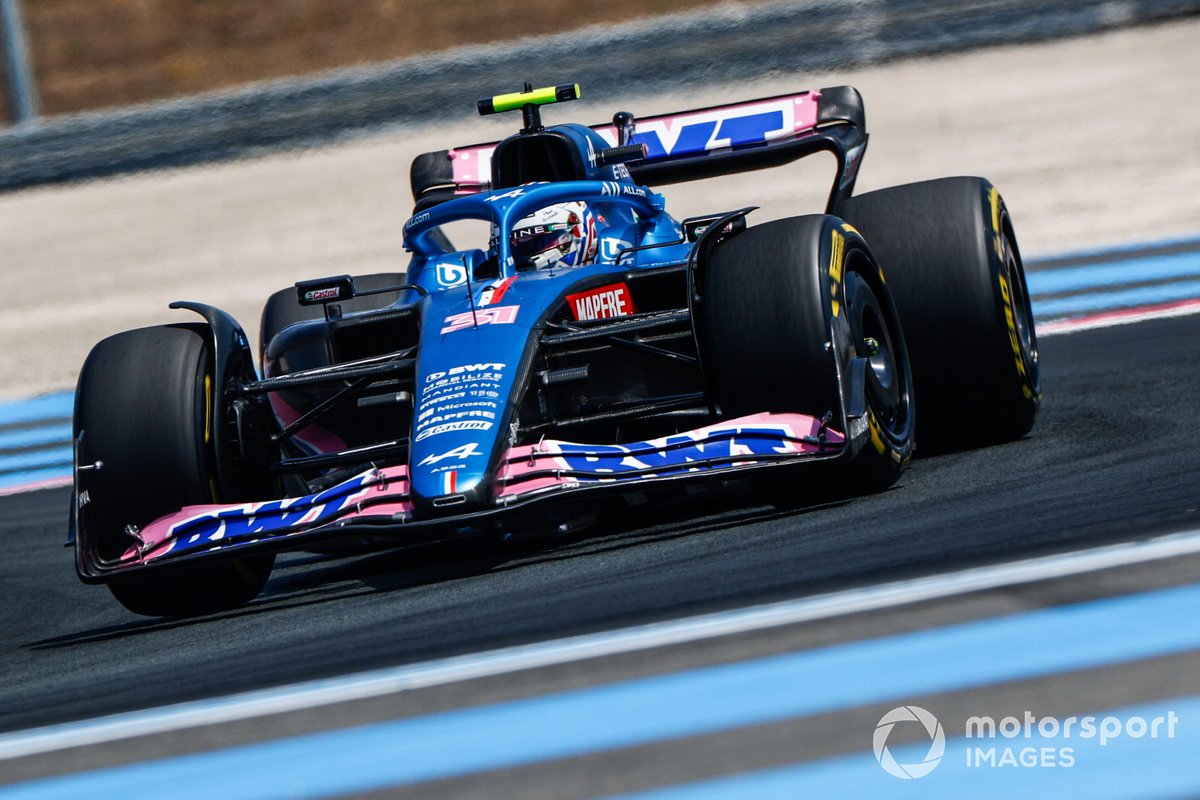 Asked if was just laptime or he could feel a problem, he said: "I do feel it, for example, I had a lot of oversteer at the end of the session, that I couldn't get the rear under control. And the set-ups are very close, in general between the cars, so it shouldn't behave like that."

"I think the upgrades and everything that we bring, this is working as intended. But yeah, we're just doing a roller coaster of performance for quite a few races. So that's not possible.

"It's been working extremely well, in Austria. We were nowhere in Silverstone. We were still going to finish in the points but not where we want it to be. Nowhere in Canada, so it's working, then it's not, it's hard to understand."

Last year Ocon had an ongoing issue with his car that was resolved by a change of chassis, and he conceded it might be a similar situation again.

"We'll see. But, yeah, we've had issues in the past, we've seen parts broken, that we didn't manage to see for two or three Grands Prix.

"And clearly we can't afford to have that happening if we want to fight for fourth in the championship."

Despite his frustrations, the Frenchman is optimistic about prospects for the race.

"We are starting in the top 10. So that's a good thing already. And hopefully, we can gain a few more places and hold on to our position. But yeah, we will have quite a bit of performance deficit, I think."