Alpine Formula 1 driver Esteban Ocon was left frustrated after getting a time penalty for forcing Sebastian Vettel off at Monza, arguing a similar incident in 2019 was left unpunished.

On lap 15 of the Italian Grand Prix, Ocon was battling Aston Martin driver Vettel for 12th when he moved over to the racing line for the second chicane while Vettel was on his outside, nudging the German partially off the track.

Because the pair collided and Ocon didn't leave a car's width for Vettel, he was handed a five-second time penalty, which he served during his only pitstop. That penalty ultimately prevented the Frenchman from finishing higher than 10th.

The incident drew parallels with a clash between Charles Leclerc and Lewis Hamilton during a thrilling 2019 race, in which Hamilton had to take avoiding action after leader Leclerc made a similar move.

At the time, Leclerc got off with a warning and hung on to win the race, and Ocon was left wondering why the stewards took a different decision this time.

"The incident with Sebastian is a racing action, it's not really a racing incident," Ocon said. "Because the same happened to Charles and Lewis in 2019, and there was no action there taken.

"So, we have no damage on the car, nothing really happened. That caused me a good three places, I would say. So, it's a bit frustrating.

"We were side by side, a bit too close, but basically the track narrows once you arrive on braking. I didn't really move the steering wheel.

"It's just that the track just narrows and that's what happened exactly with Charles and Lewis and if that incident didn't have any penalties or things like that, then mine shouldn't have as well, because it's two of the same thing.

"So, I normally agree with the stewards, but this time I disagree with both I have to say." 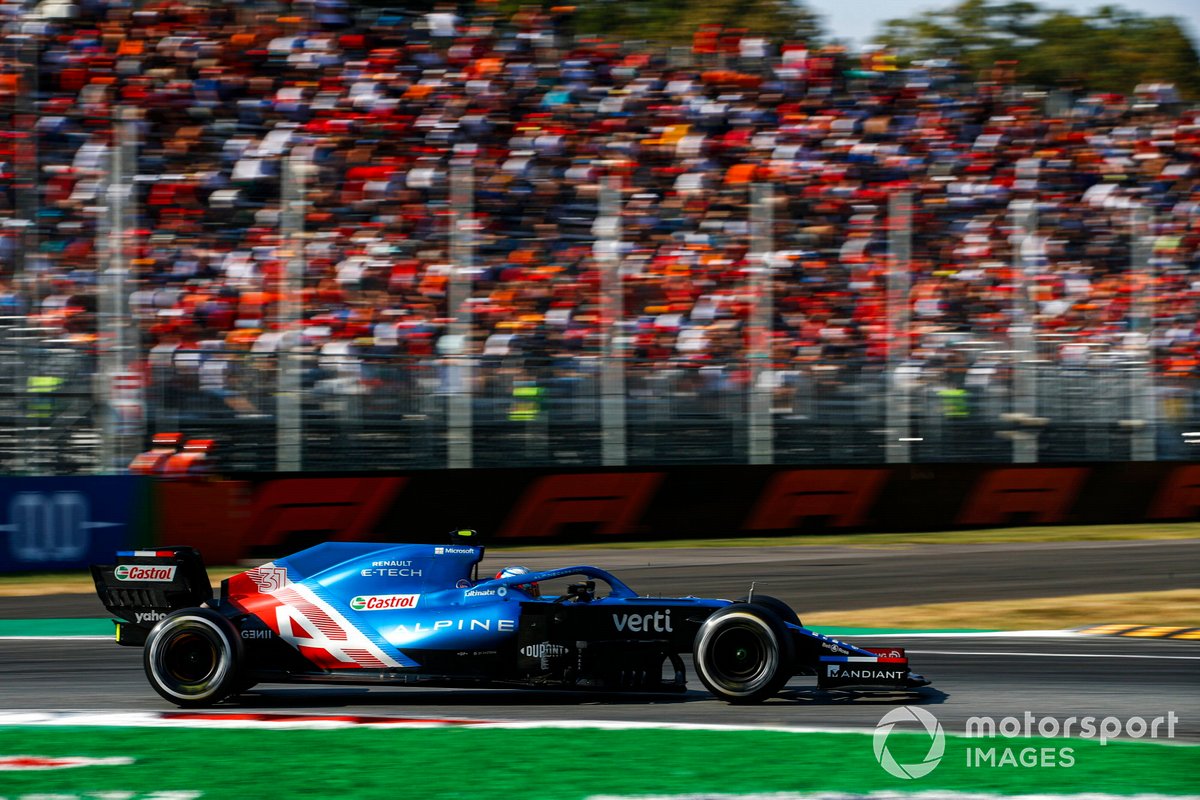 Asked why the Ocon incident was treated differently to the similar 2019 Leclerc-Hamilton clash, FIA race director Michael Masi said the FIA and the teams had agreed after the 2019 race that a time penalty would have been a better decision in such incidents.

"[The incidents are] similar, but not the same," Masi replied.

"Secondly, after the 2019 one we did a complete discussion with all of the drivers, team principals and sporting directors. And it was sort of deemed in that situation that probably a five-second penalty would have been better than a black and white [flag]. So, exactly what came about."

Earlier in the race, Ocon had also been ordered by the stewards to let Williams driver Nicholas Latifi after cutting the corner at Turn 4, although it took four laps for the stewards to get that message through.

Despite those two costly incidents Ocon still came away with a point on an otherwise difficult weekend for Alpine, with teammate Fernando Alonso finishing eighth.

Therefore, Ocon was still pleased with how the Enstone managed to extract the maximum from the car on a track that didn't suit its characteristics.

"That race doesn't reflect the work we've done this weekend. It was a tough weekend in terms of pace for us, but I think P7 or P6 would have been possible," Ocon added. "So yeah, a bit frustrating with the incidents that happened on track, the penalties."

"We can always extract more from what the car is capable to do on race day, and also in qualifying. Recently we've been very strong on that and to have both cars again scoring, even if it's small points, it is important for us."