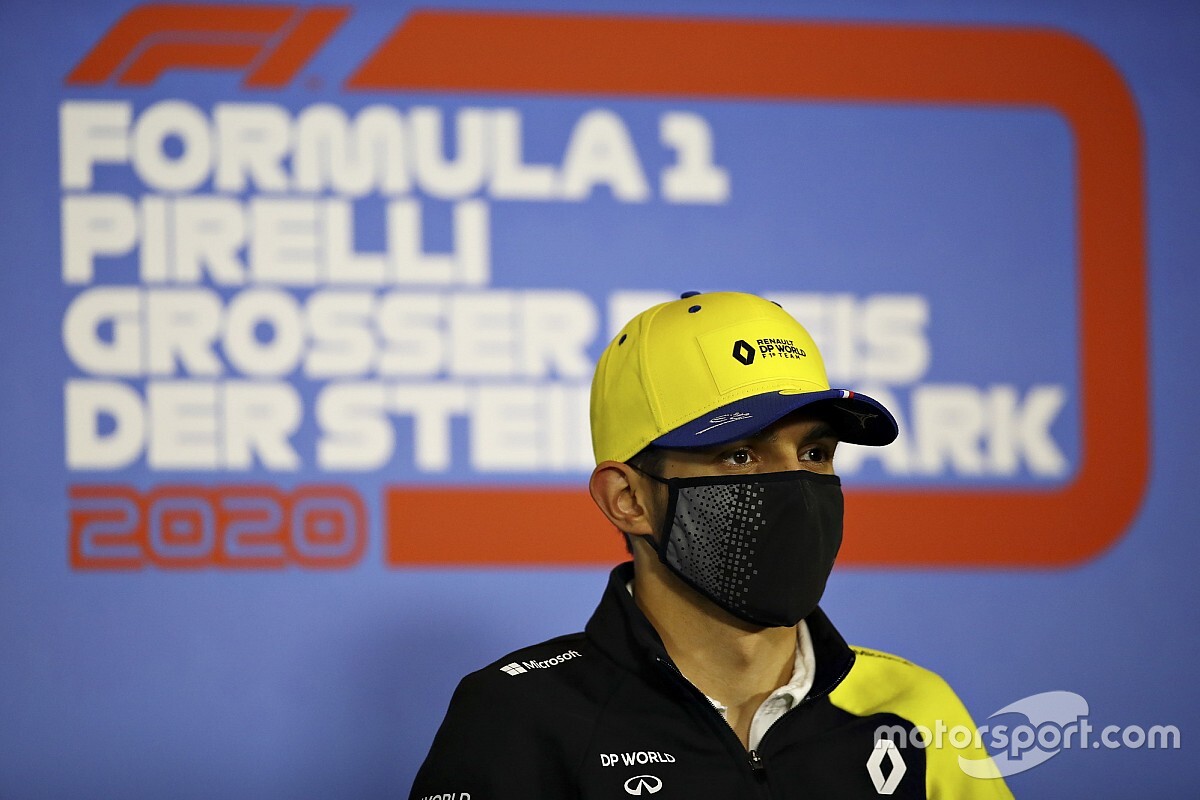 Esteban Ocon says that Fernando Alonso has already been messaging him about their plans to help Renault move forward in Formula 1 next year.

Alonso's F1 comeback with Renault in 2021 was confirmed on Wednesday, with the Spaniard replacing Daniel Ricciardo as Ocon's teammate.

Ocon has revealed that within hours of Alonso's deal being announced, the double world champion was in touch with him.

Asked for his views on Alonso's signing, Ocon said: "He's very, very motivated. I had him on the text yesterday, and he's very keen to come back.

"We just chatted about the opportunity there is in the next years, and how the field is close at the moment. I think there is a good chance of doing well if we work well [together]."

Although Alonso has not always got on perfectly with his teammates, Ocon said he had no qualms about going up alongside him next year.

"So far what I know is that Fernando is a very cool guy," he said. "I know we've chatted a lot of times when he was on the track and we also had quite a few text messages before he came. But now again he's very keen to come back.

"He is very keen to make the project move forward. He's very aware of what we need to do and what the chances are, and, you know, I'm pretty sure we can have a great collaboration together."

Asked if he felt signing a veteran like Alonso was the right choice for Renault, Ocon said: "Well, I'm very happy with having Fernando, of course, as my teammate.

"Working with a legend like him is a fantastic benchmark for me you know. It would be two strong teammates with Daniel and Fernando for me, so on that side I'm very happy."

While Ricciardo is excited about seeing what Alonso can do in the future, he ruled out any suggestion of giving up his car for the Spaniard to help him prepare for his return.

"No," he said when asked about the prospect. "I heard the words "help Fernando Alonso". He doesn't need any help. It didn't look like he's slowed down at all with age.

"His last season in F1 was a pretty strong one from everything I heard and saw. The results weren't always there, but as far as getting the most of the car, I think it was pretty evident that he was strong.

"I don't think he needs help. I don't know if he'll be trackside at a few races or not. As far as him sitting in on meetings and giving feedback, absolutely no worries. But I'll do as much driving as I can."