The new cars have been already proved to be tricky at similar temporary venues such as Montreal and Baku earlier this season.

While bouncing has to some degree been dialled out at recent events, it is expected to be more prominent once again in Singapore, which F1 will visit next weekend for the first time since 2019.

"It's going to be very bumpy,” said Ocon. “A big challenge I think for us, very physical. I love Singapore. But the track itself is not my favourite. They are go-karts on kerbs, it's going to be a tricky one.

Asked if it might be the worst track of year, he said: "I think Canada has been pretty bad. But probably it will be one of the worst ones. It always is, it's not news." 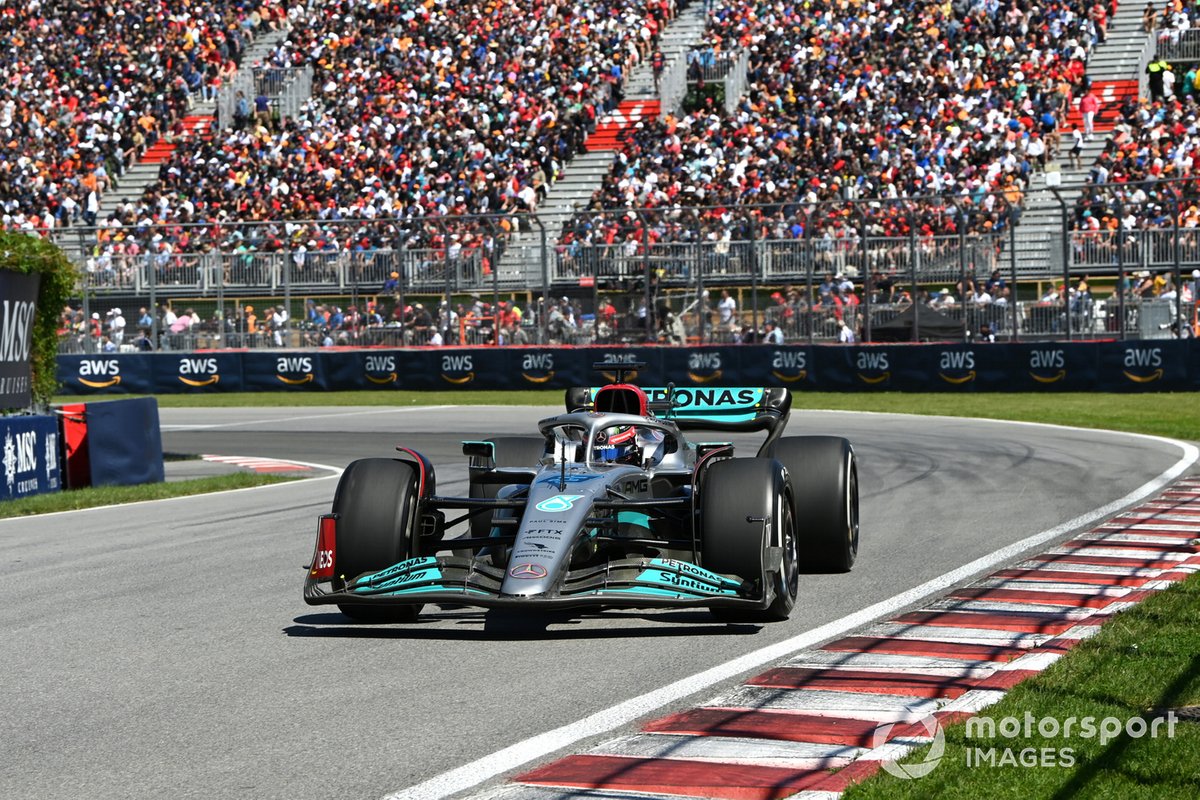 Mercedes believes that Singapore track will be more suited to the W13 than other recent venues, but George Russell acknowledged that the bumpy layout could be an issue for the team.

“I think, on paper, Singapore should suit our car,” said Russell. “But when we look back at the street circuits of Monaco and Azerbaijan, our car doesn't fare too well over the bumps.

“So, we're not too sure how it will fall out. But we need to keep on pushing, keep on improving the car and I'm pleased that we've got a clear direction we need to go now.”

Mercedes technical director Mike Elliott agreed that Singapore should be good for the W13.

“I think when you look back at the learning we have gathered over the season I think we expect that Singapore will be a bit more like we’ve seen in Budapest and Zandvoort,” he said.

“It’s a bumpy circuit which is going to provide its challenges, but in terms of the nature of the corners we think it could be a bit better for our car. So, hopefully we will have a good result there.

“As always with all the pre-simulation work we need to do, we will maximise our learning in the practice sessions and hopefully we turn that into a good result over the weekend."