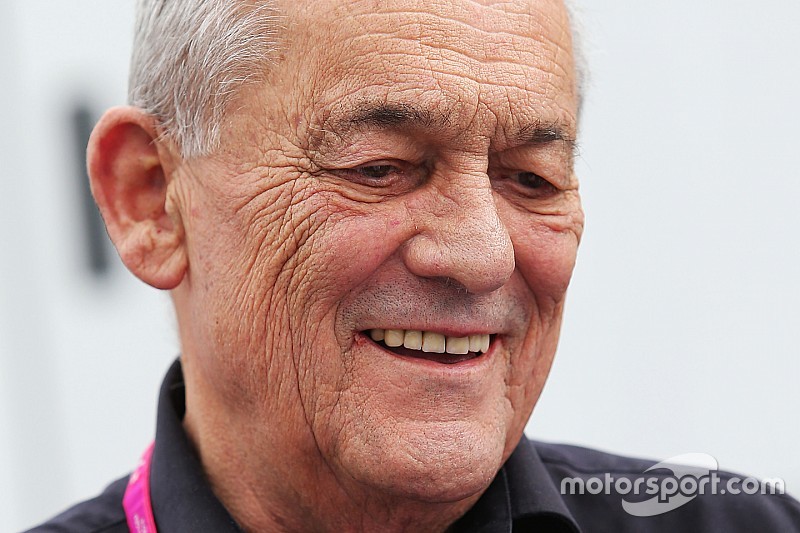 Paul Rosche, BMW’s legendary engine wizard for many years and the man behind some of the Munich company’s most successful racing projects, has died at the age of 82.

Rosche was perhaps best known for the 1.5-litre turbo that powered Brabham’s Nelson Piquet to the 1983 World Championship.

Born in Munich on April 1, 1934, Rosche first joined BMW straight from university in 1957, and from the start was deeply involved in the development of high performance engines for road and racing. Over the years he held several senior roles, including that of technical director of BMW Motorsport from 1979 to 1996.

After early successes in touring cars he was responsible for the 2-litre 4-cylinder that was a mainstay of F2 for more than a decade, and which powered Jean-Pierre Jarier, Patrick Depailler, Jacques Laffite, Bruno Giacomelli, Marc Surer and Corrado Fabi to European titles. He also created the 3.5-litre 6-cylinder that was utilised in the M1 raced by seven past or future World Champions in the Procar series in 1979-’80.

BMW joined forces with Bernie Ecclestone’s Brabham team in 1980, with Rosche’s 4-cylinder turbo making its first race weekend appearance in practice for the following year’s British GP. In 1982 it proved fast but fragile, although Piquet scored the first win in Montreal.

Helped by huge performance gains from electronics and fuel development Rosche’s engine and Gordon Murray’s iconic BT52 took Piquet to a sensational 1983 World Championship victory. However, poor reliability meant that BMW scored a total just eight GP wins with Brabham before withdrawing at the end of 1986, a season that also saw one success with Benetton and Gerhard Berger in Mexico as BMW fielded perhaps the most powerful engines F1 has ever seen.

Meanwhile the M3 touring car achieved huge success around the world. Rosche was then reunited with Murray as the man behind the V12 used in the McLaren F1 road car, which scored the marque’s first Le Mans win in 1995.

He was also heavily involved in the start of the collaboration with Williams that was first announced in 1997, and which resulted in a second Le Mans victory in 1999 with a full works entry. However after a company shake-up he was moved on before the partnership’s first Grand Prix together in 2000, much to the disappointment of Williams technical director Patrick Head.

An insight into Rosche and his way of working was given by current Mercedes engine chief Andy Cowell, who briefly worked with him in the early years of the Williams project. Cowell has used everything he learned from his mentor when creating the currently dominant hybrid V6 in Brixworth.

“In all his decades of experience Paul had seen hundreds of different ideas,” he told this writer a few months ago. “And he and I would spend afternoons and late evenings sketching stuff out on napkins. ‘What about this, what about that?’ He gave me some great guidance. He said, ‘What do you start with first Andy?’. I said, ‘This, this, and this.’ He said, ‘Don’t forget the cooling system, start with that.’ And a lot of that has stuck with me.

“Paul was very much an international character. And he had spent a lot of his time working with the F1 community, and he understood the F1 culture. So I found him very easy to get on with. Some working environments you feel like you have to have your guard up, but I didn’t feel like that at all with Paul. He was a lovely bloke to get along with.”

Motorsport.com sends its condolences to Rosche’s family, former colleagues at BMW and his many friends in the sport.