Northamptonshire police claim they have received “credible intelligence” that protesters are planning to disrupt this weekend’s Formula 1 British Grand Prix at Silverstone.

F1 returns to Silverstone this weekend for a British GP expected to be attended by over 400,000 people across the event.

But local police say they have gained credible intelligence that demonstrators are planning to disrupt this weekend’s British GP, and have warned of a potential track invasion.

In a statement issued by the Northamptonshire police, Event Commander Chief Inspector Tom Thompson urged protestors not to invade the track on safety grounds.

“We have received credible intelligence that a group of protestors are planning to disrupt the event and possibly invade the track on race day,” Chief Inspector Thompson said.

“First of all, I want to appeal directly to this group of people and strongly urge you to not put yourselves, the drivers, as well as the many marshals, volunteers and members of the public, at risk.

“Going onto a live racetrack is extremely dangerous – if you go ahead with this reckless plan you are jeopardising lives.

“Protesting is of course everyone’s human right in this country and we are more than happy to speak with you to help you facilitate a peaceful protest at the circuit, we just please ask that you do not create a situation that puts lives in danger.”

Motorsport.com reached out to the FIA for comment on what protests it was expecting, but it declined to comment due to the situation now being a police matter.

In 2020, four protestors from the environmental group Extinction Rebellion were arrested after illegally gaining access to the circuit and unfurling a banner prior to the start of the British GP.

Due to COVID-19 protocols, the 2020 British GP – and the subsequent 70th Anniversary GP at the venue – were held behind closed doors.

Famously in 2003, the British GP was interrupted when Catholic priest Father Cornelius Horan ran on track on the Hangar Straight on the 11th lap of the race waving religious banners.

He was later jailed for two months after being found guilty of aggravated trespass by a Northampton court, while the marshal – Stephen Green – was awarded the BARC Browning Medal for risking his life to tackle Horan to the ground to get him away from the circuit.

Chief Inspector Thompson has appealed “to members of the public to be extra vigilant” and report any security concerns to police. 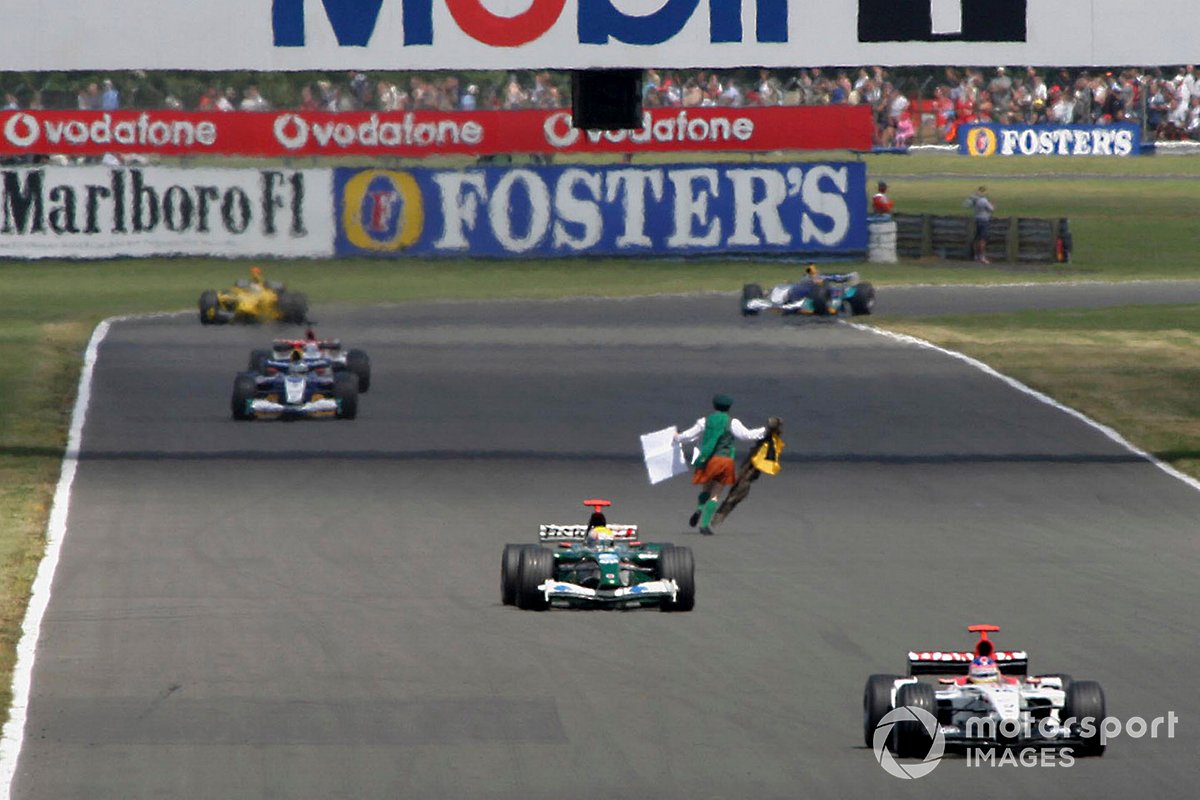 Track invasion by religious activist and former priest Neil Horan. The safety car was deployed and Horan was arrested for aggravated trespass.

The set-up detail that is helping Bottas thrive at Alfa