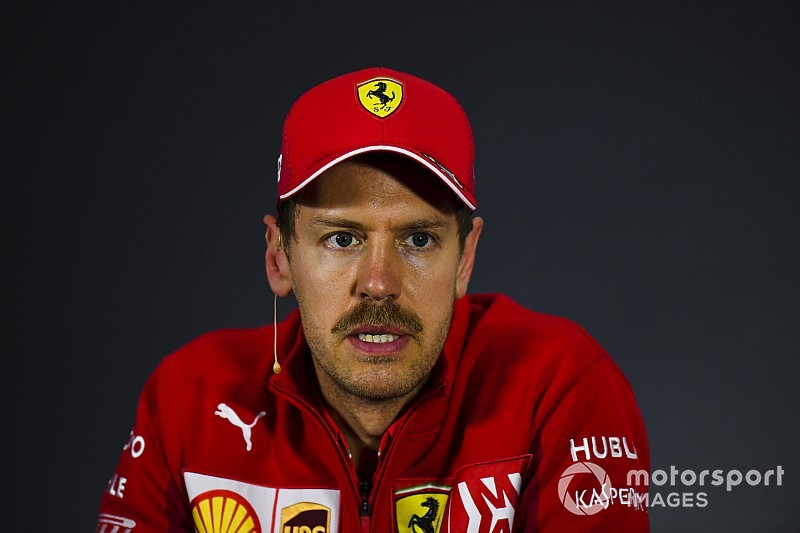 Lando Norris believes getting blocked by Romain Grosjean in Bahrain Grand Prix qualifying was caused by his penalised Formula 1 rival being “screwed over” by Sebastian Vettel.

Grosjean picked up a three-place grid penalty, dropping him from eighth to 11th, for impeding Norris during the opening part of qualifying at the Sakhir circuit.

The Haas driver was overtaken by Vettel approaching the final corner, which made Grosjean slow down so much to avoid compromising the lap he was about to begin that he got in the way of Norris, who was completing his first flying lap of the session.

Norris said there was no question he was held up by Grosjean, but did not feel the Frenchman could have done much more in the circumstances.

“To be fair to him he only had three seconds for his team to tell him I was behind if they didn’t already,” said Norris of Grosjean.

“It would have been very hard for him if he didn’t know to suddenly change his whole approach and giving up his whole lap.

“From what he said he didn’t know I was behind until I was pretty much about to crash into him.

“Vettel screwed him over, which is not a very nice thing to do in terms of us being racers, we try to respect each other.

“If you’ve got a car ahead you don’t just overtake them into the final corner, like Magnussen and Fernando last year in Monza, because you kind of screw both your qualifying laps.

“I think he did what he could when he knew. But he did impede me.

“If I didn’t get to do a second quali lap for whatever reason, that’s the reason I wouldn’t have been in Q2.”

Norris was able to progress in qualifying and made it to the top-10 shootout, and he will start ninth after Grosjean’s penalty.

Grosjean said he apologised to Norris but was unhappy with Vettel’s actions, as well as not being told by his Haas team over the radio that Norris was approaching at full speed.

“You s**t yourself, honestly, when you drive that slow and other cars are on a flying lap,” said Grosjean. “It's just carnage.

“It's probably something we need to look at in the future because it's been raised in the past.

“I think it's Vettel that made a mess here, he didn't really respect the unwritten rule that you don't overtake before the last corner.

“He passed the queue, came in front of me, so that gave me another three or four seconds to wait.

“We had not accounted for the fact that Vettel would do that, therefore we thought we were clear of Norris.

“That's probably why they didn't tell me that Norris was on a flying lap.

“We're normally very good with traffic I think, but today obviously we got it wrong.”