Subscribe
Previous / Hamilton: Brazil F1 battle vs Red Bull will be "as steep as it can be" Next / Hamilton set for Brazilian GP grid penalty after F1 engine change
Formula 1 News

Lando Norris is surprised AlphaTauri is not closer to McLaren and Ferrari in the fight for third, saying it has "always been there or thereabouts" in Formula 1 this year.

Ferrari and McLaren have spent much of 2021 fighting to lead the midfield teams and finish as best of the rest behind Red Bull and Mercedes in the constructors' championship.

Ferrari pulled 13.5 points clear of McLaren in the fight for third place in Mexico, but it was AlphaTauri who topped the midfield as Pierre Gasly finished the race in fourth place.

AlphaTauri is now level with Alpine in the fight for fifth in the constructors', but sits 149 points behind McLaren in fourth.

Asked if he thought AlphaTauri was becoming an unwanted variable in the fight for third against Ferrari, McLaren driver Norris said: "They have been all season.

Norris admitted he was surprised to see such a big gap between McLaren and AlphaTauri in the standings, and that the team had never disregarded the threat posed by Gasly and teammate Yuki Tsunoda.

"I'm surprised they're not anywhere near as close as what they should be in terms of constructors' points, because they've had a very competitive car all season," Norris said. "They've always been there or thereabouts. They're always in consideration for qualifying and races pretty much through the whole year. We've never cancelled them out of anything.

"They're there, they'll probably make our life more difficult, which is a fair one to them. But hopefully we'll be ahead this weekend." 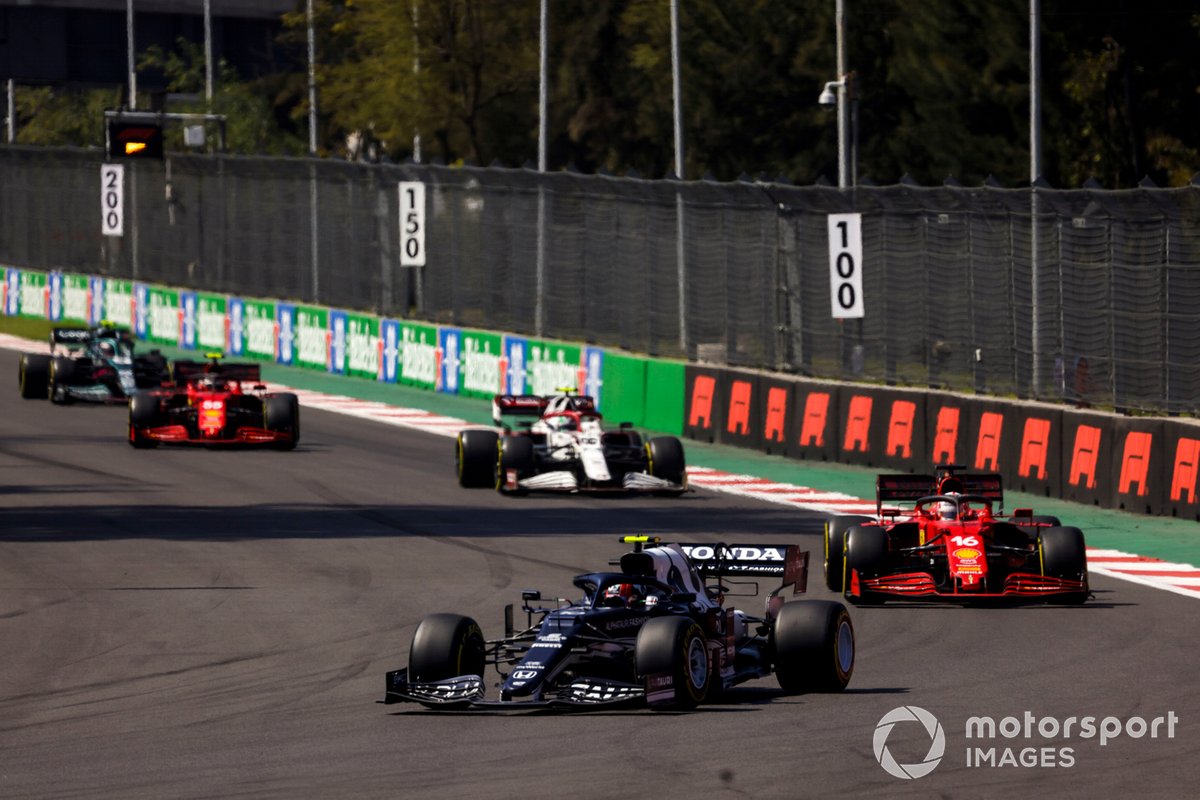 Ferrari has managed to swing the battle for third place in its favour at recent races, enjoying a lift in form since introducing its upgraded power unit hybrid system.

Both Charles Leclerc and Carlos Sainz felt McLaren would have an edge over Ferrari this weekend, with the Italian team's simulations suggesting it was around half a tenth of a second behind for outright pace.

Norris said he "thought it was going to be the opposite" at Interlagos, but knew the battle would remain close.

"It's going to be tight, it's always tight," Norris said. "I don't think it's going to be convincing in any way, hopefully it isn't anyway. But Ferrari have been the stronger team lately, they've been the guys who have been consistently ahead in qualifying and the races.

"Looking at the stats lately, you'd put them ahead. But we're working hard. We've done a lot of reviews from Mexico and so on.

"Looking back at two years ago here, we had a pretty decent car and Carlos was on the podium and so on. So we're hopeful and confident we can have a good weekend here."