Lando Norris has called for the rule that allows Formula 1 drivers to have a free tyre change during a red flag race suspension to be changed, the Briton calling it "unfair".

The McLaren driver was running in sixth place in the early stages of the Saudi Arabian GP when he took advantage of the safety car for Mick Schumacher's accident to make a pitstop.

He lost more than the drivers ahead who also stopped, dropping back to 14th place as cars that opted to stay out jumped him.

However, any tactical advantage was lost when the red flag was shown and those who hadn't stopped were able to change tyres before the resumption. Norris suffered a similar fate in both the Italian and Tuscan GPs last season.

"It's happened a few times, like obviously at Monza last year, you just get a free pitstop and it ruined our race," Norris said. "Mugello I think as well ruined our race, and here the same. Of course I'm always on the bad end of it, so it probably sucks more for me than anyone, but I think it's just a very unfair rule that should be taken away.

"I think they should change it to one mandatory pitstop with two different tyre sets needed to be used, and then I think that's acceptable. But this just ruins everything, to be honest. You put so much effort in for it to be taken away for some stupid rule."

"Obviously just it makes it exciting from a TV point of view, so if that's what they want to just focus on, and they want the views to stay up, then of course keep it. But I think it ruins racing from my point of view, ruins what effort you put into it." 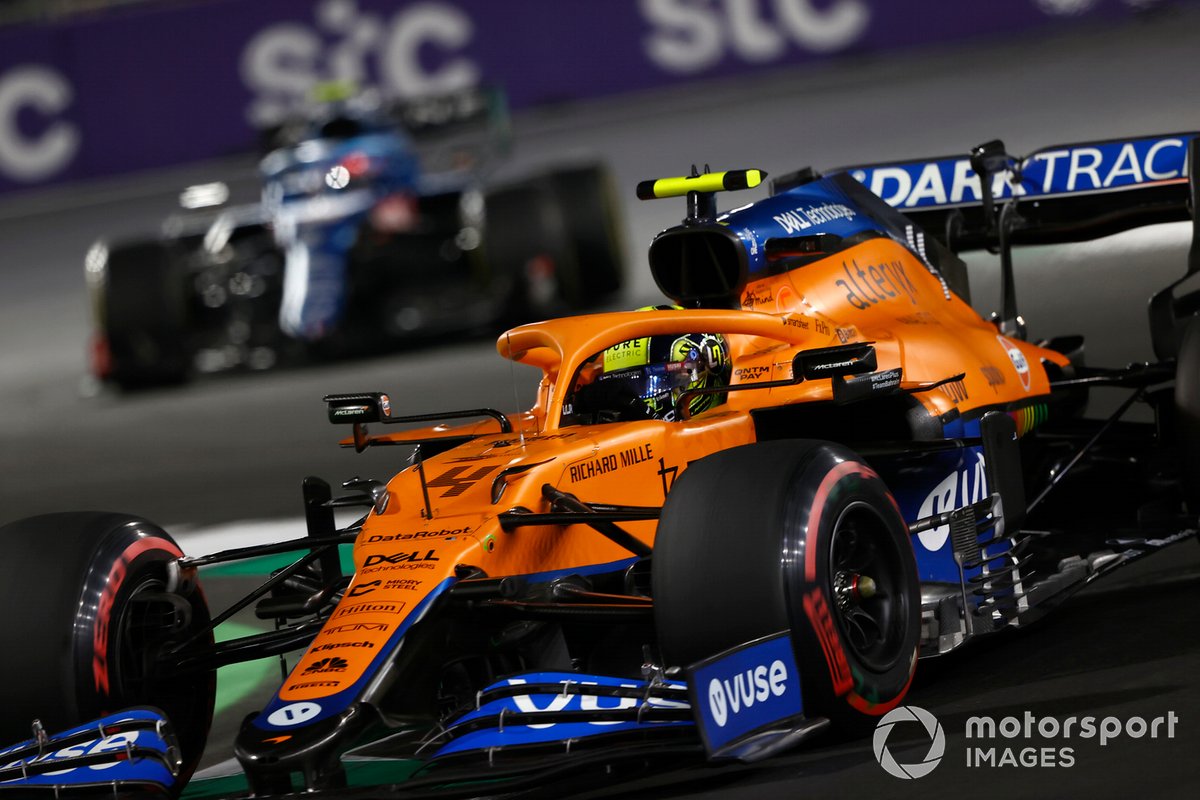 Norris eventually recovered to finish 10th, an outcome that followed two similar results and a ninth in the three previous races.

"It sucks, because I think we deserve a lot more, we've done a much better job than shows," he said when asked by Motorsport.com about his recent run.

"Of course I made a couple of mistakes in there, I have to admit that, like in Brazil. Qatar and here we should have scored some good points.

"Both times we should have outscored Ferrari as a as a team and at least clawed some points back. Maybe not going to change the end result. We should be much closer than where we are.

"But through circumstances, through the rule, and obviously the tyre blowout a couple of weeks ago, then there's nothing we can do no matter how hard or fast we are. So it sucks."