Lando Norris believes more people are realising what ex-McLaren Formula 1 teammate Carlos Sainz is capable of since his move to Ferrari.

Norris spent two seasons racing alongside Sainz at McLaren prior to the Spaniard's switch to Ferrari for 2021, where he partnered Charles Leclerc.

Sainz enjoyed his most successful season in F1 to date last year, scoring four podium finishes en route to fifth in the drivers' championship ahead of Norris and Leclerc in sixth and seventh respectively.

Sainz's performances have prompted Ferrari to already seek talks to extend his contract beyond its current period at the end of 2022.

Norris also enjoyed a fruitful 2021 campaign as he scored his first F1 pole in Russia and came close to winning the race. He picked up four podiums, including a second-place finish at Monza.

Discussing his own progression through his third F1 season in 2021, McLaren driver Norris said that the step he made in his second year in 2020 was perhaps less obvious because of how well Sainz was performing.

"I think my second year was good," Norris told Motorsport.com. "Carlos, I believe, is one of the best drivers in Formula 1. It also didn't make me look as good, because he's an extremely good driver, and he did a very good job - like, fair play to him.

"I think I got shadowed a bit by him, because he was doing an exceptional job. I think this year I've taken that next step which would have been the same or maybe a bit better than him." 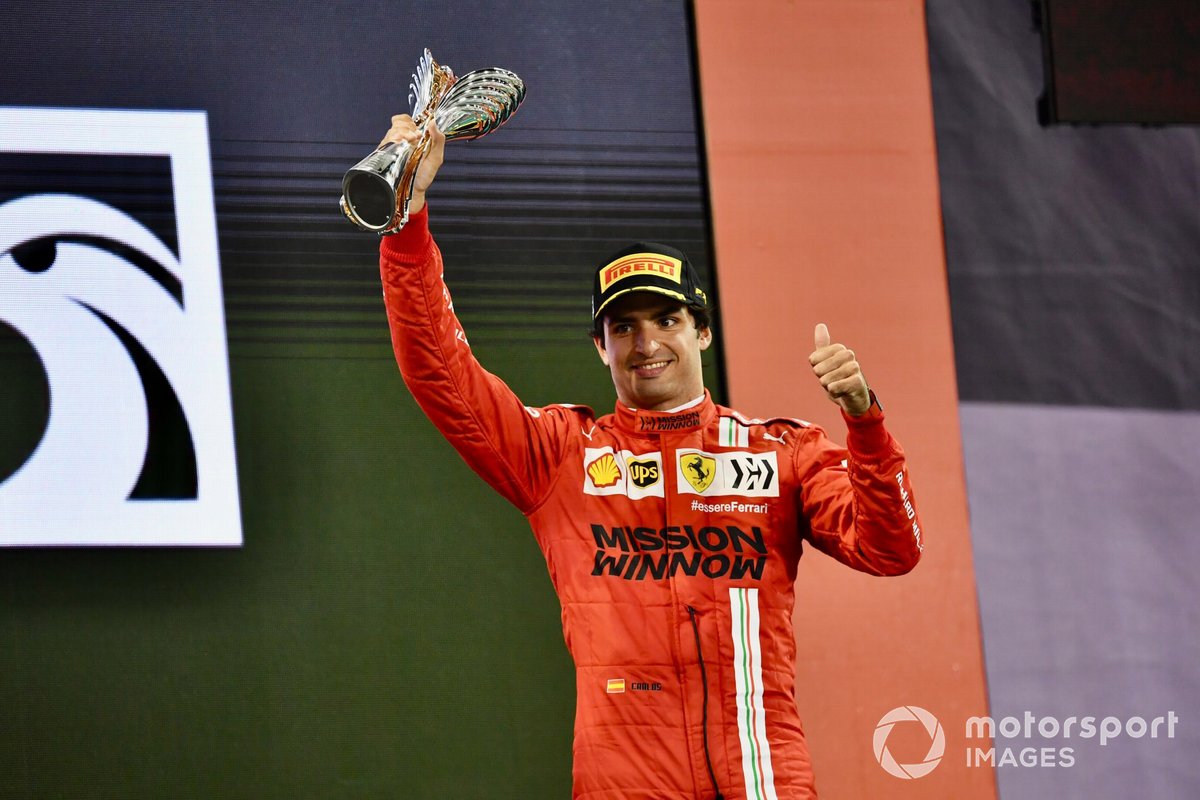 Norris put his own progression down to "a combination of understanding everything from the past few years", as well as an improved car that he felt more confident driving to its limit.

Norris also cited the arrival of his new teammate, Daniel Ricciardo, as helping him take a step forward, giving him motivation to try and prove himself up against an established grand prix winner.

The British driver thought it was a similar story for Sainz when he went up against Leclerc - widely heralded as a future F1 champion - at Ferrari.

"I always had the motivation to want to beat Carlos," Norris said. "At the same time, with Daniel, I didn't feel nervous in any way when he came.

"More and more people are actually realising what he is actually capable of, and the kind of driver he is when he's gone up against Charles and beaten up him quite often."