Norris says he was a "s*** driver" in Perez defeat 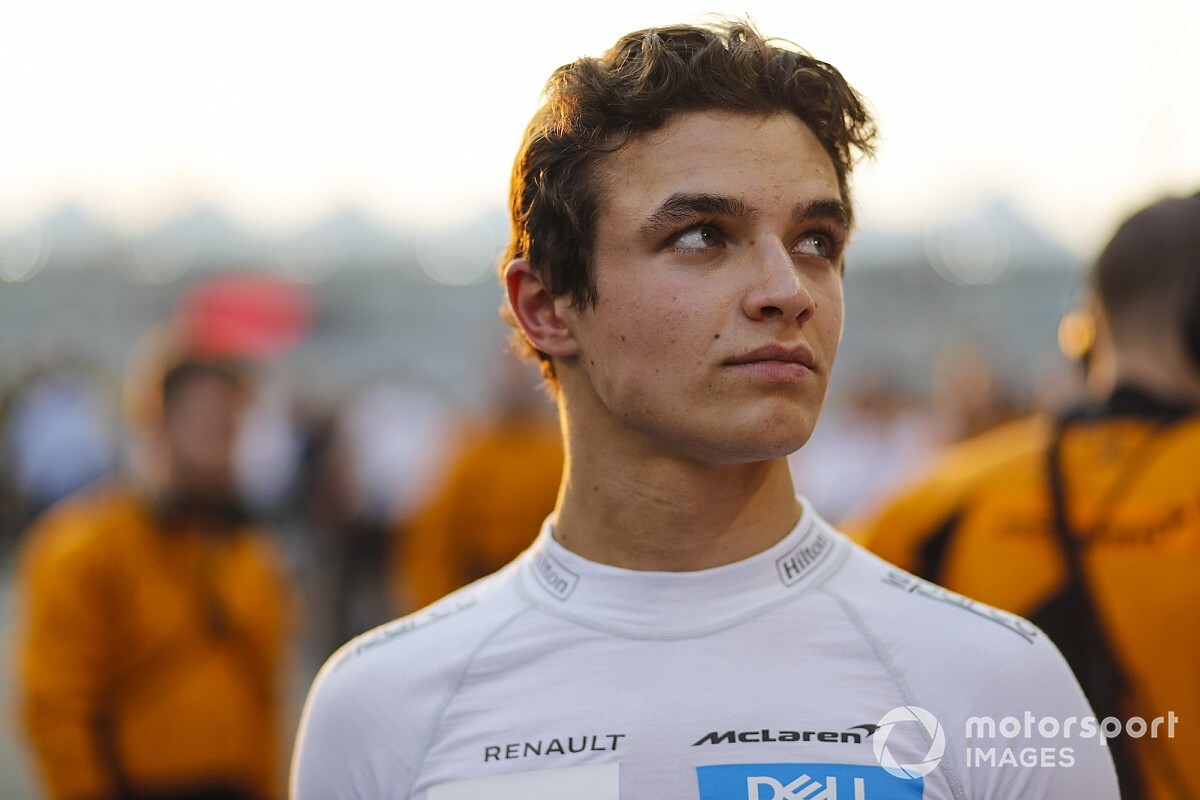 McLaren Formula 1 racer Lando Norris says he was a "s*** driver" in his last-lap defeat against Sergio Perez in the Abu Dhabi Grand Prix.

Running in seventh place, as the best of the midfield cars, Norris came under pressure from Racing Point's Perez in the final laps of the season finale, with the Mexican on much fresher tyres of the same hard compound.

And though Norris managed to keep him at bay until the final lap, Perez ultimately got the move done around the outside of the Turn 11 left-hander after the second long straight.

Norris described his defense against Perez as "not good enough" and "too fair".

"Going to sound like I'm pretty terrible now, but he did me round the outside, end of the back straight into Turn 11, after the GP2 pits," Norris said.

"Yeah, I defended, went to the inside, he committed around the outside, he had much better tyres, I was a bit nervous of locking or doing something stupid, but I just wasn't forceful enough.

"I didn't change my mindset enough. I did the whole race being so calm and relaxed and looking after the fronts and the rears and driving slowly, and in this moment I needed to be aggressive and forceful and change how I was as a driver.

"And I didn't do that, basically. I just kind of braked, I didn't think - 'he'll be going around the outside, I need to release the brakes and give him less room' - I just was a shit driver, basically, in my mind, because he was the one guy I had to beat today, and I didn't.

"So, because of that I'm annoyed. But, yeah, the rest of the race was good, but it all led up to this one moment, and I failed in what I needed to do. That's about it."

Norris' frustration was exacerbated by the fact Perez narrowly beat him to 10th place in the drivers' standings thanks to the move.

"I was surprised to even hold him off as long as I did, for five or six laps before that, because the Racing Points are super quick in the straights. And he had much better tyres than me.

"I was happy with a lot of the things that I did today, which was a good thing, but just that one mistake, I kind of let everything down with."

Perez, for his part, described the move on Norris as "one of the best in my career", and was also full of praise for the way the McLaren rookie conducted himself in wheel-to-wheel battle.

"[It's] great for him, because he's very young, but I think he's very aggressive but fair," Perez said.

Vettel admits he "must do better" next season