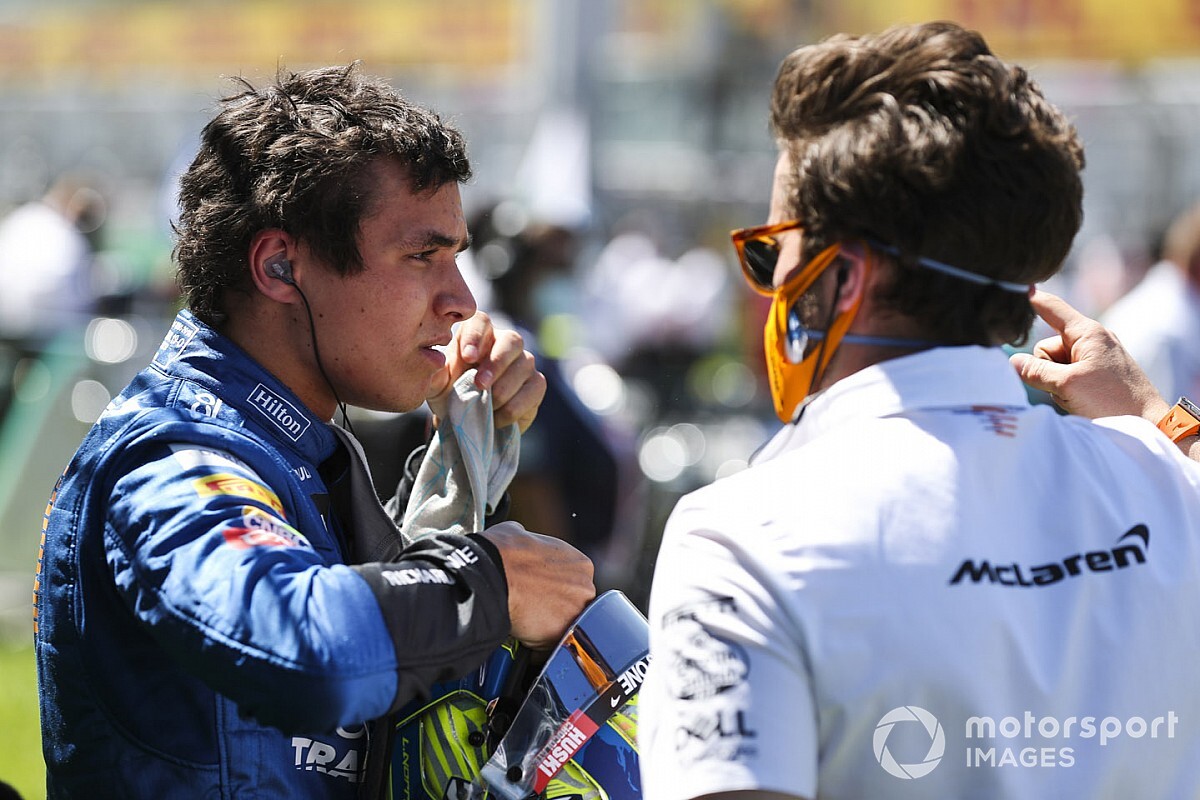 McLaren has explained how a video that appeared to show Lando Norris and his trainer using cold water bottles to pass a forehead temperature check on their way into the Red Bull Ring last weekend did not tell the real story of what happened.

The short edited clip that appeared on social media showed the pair arriving at the gates and being stopped after the temperature sensor gave a high reading.

The pair then appeared to cool their foreheads with cold water bottles before taking the test again and walking into the track.

The video prompted some to question whether the pair had tried to trick the system and get through the circuit safety measures despite potentially having a raised body temperature.

However, McLaren has clarified that the edited video did not reveal the true circumstances around what happened, and the team has emphasised how seriously it is taking the coronavirus protocols.

The incident happened on Thursday, and not Saturday as had been suggested in the text around the clip.

Norris and his trainer had been standing chatting in the sun for 10 minutes before walking to the entrance, and when the surface temperature of their foreheads was taken, it gave an indicated reading of 50C for both men.

With a normal body temperature being 37C, and death normally occurring above 44C, it was clear that the surface forehead temperature was inaccurate.

During discussions with the track official, Norris' trainer asked for a temple or inner-ear check for a more accurate reading, and then explained how the forehead temperature can vary so much. He then started rolling a cold water bottle on it to further explain matters.

The operator took another temperature reading after the bottle had been on there, and it was registered as 30C, which is below the temperature that would be regarded as a body emergency.

In the end, the operator took a temperature check from the temple and both Norris and his trainer were within the normal range.

McLaren has tested its entire team, including drivers, extensively for more than four weeks and has introduced a number of rigorous protocols to minimise the chances of an outbreak if someone is infected. Some of its measures are in excess of those mandated by the FIA.

Both Norris and his trainer were among those tested on the Monday of the Austrian GP weekend, and again twice on Wednesday, to ensure they were free of the virus before embarking on the race weekend.

F1 has conducted around 6000 tests so far on the people present in Austria for the first two grands prix of the season, and has so far found no positive cases.