Lando Norris says he is “not expecting to be fighting for pole” on Saturday at the Formula 1 Hungarian Grand Prix despite ending Friday practice in second.

The McLaren driver shadowed Ferrari’s Charles Leclerc by just 0.217 seconds in FP2 at the Hungaroring, having also ended FP1 inside the top five in fourth.

This follows a week on from a French GP weekend in which Norris was 1.1s off pole in fifth and finished the race 52s adrift in seventh.

But despite the strong start to his Hungary weekend, Norris says this can largely be attributed to McLaren running its engines in a slightly higher setting than the rest on Fridays.

Asked if he could fight for pole on Saturday, Norris told Sky F1: “No. I mean, things are feeling good, the car’s in a good place.

“It seems to be suiting this track characteristic a little bit more for sure, but we’re always a little bit quick in FP2 than we end being normally.

“We turn up [the engine] a little bit more than others do just to get our first reading of qualifying, which is what we got today.

“But we know everybody else, especially Ferrari, Red Bull, Mercedes normally step it up a lot tomorrow.

“I think we’re feeling good, I think we can say that the car is in a reasonable position.

“We’re probably a little bit ahead of where we were in Paul Ricard.

“But I’m not expecting to be fighting for pole or anything, just aiming for a better position than we were [in France].” 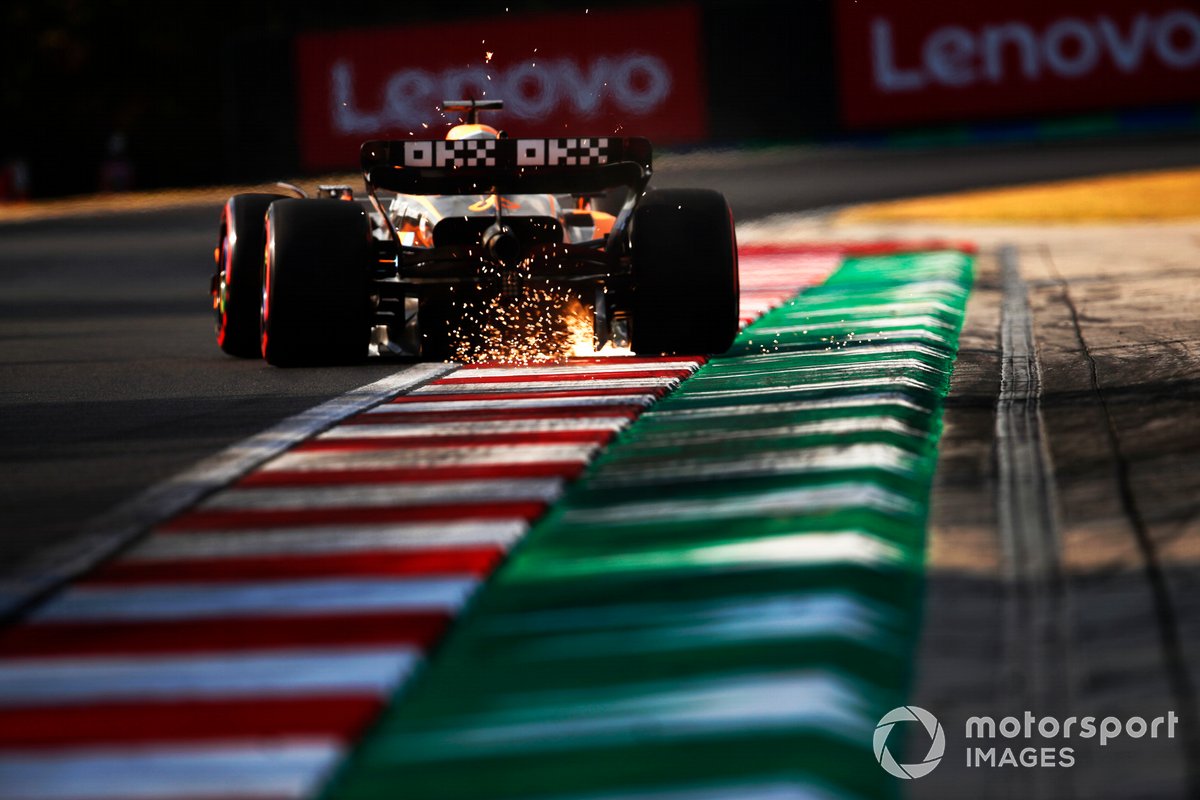 Teammate Daniel Ricciardo, who was just 0.427s off the pace in fifth on Friday, echoed Norris’ comments and doesn’t believe McLaren has made “that big a step” to where it was one week ago in France.

“I don’t know about the others, but I think we were actually competitive this morning as well,” Ricciardo said.

“I don’t think we’re competitive to fight for a pole, sorry to the fans. I’m not being pessimistic, just realistic.

“But I think if there is something, they will probably find a little bit more on Saturday come crunch time.

“I think it was a good day, we certainly hit the ground running. We’ll look into what happens tonight with the car and do a few bits and pieces for sure.

“I also have no reason to say we can’t fight for the front tomorrow, but it’s only been a week since Le Castellet, you can only change so much.

"Maybe the track does suit us more, but I’m sure we’ve made a step, but probably not that big a step.”

Verstappen: Red Bull can't compete with Ferrari in Hungary in the dry

Norris: Alpine F1 has done "pretty bad job" to only just be ahead of McLaren