Lando Norris was left downbeat after a miserable Canadian Grand Prix that he felt proved McLaren’s strong days in Formula 1 this season haven’t been “genuine pace”.

After a power unit issue resigned Norris to 14th place in qualifying on Saturday, he dropped back to 18th when McLaren double-stacked its cars in the pits. A slow stop for Daniel Ricciardo forced Norris to wait behind his teammate, before his car was then initially fitted with the wrong tyres when he was eventually serviced.

Norris could only recover to 15th at the chequered flag, having also picked up a five-second time penalty for speeding in the pit lane.

Norris said after the race that "everything went wrong today" and there were "just not many positives at all" to take from it.

"The car's not good enough," Norris said. "At times it's strong. I was a little bit more optimistic after Friday and we could achieve more today. 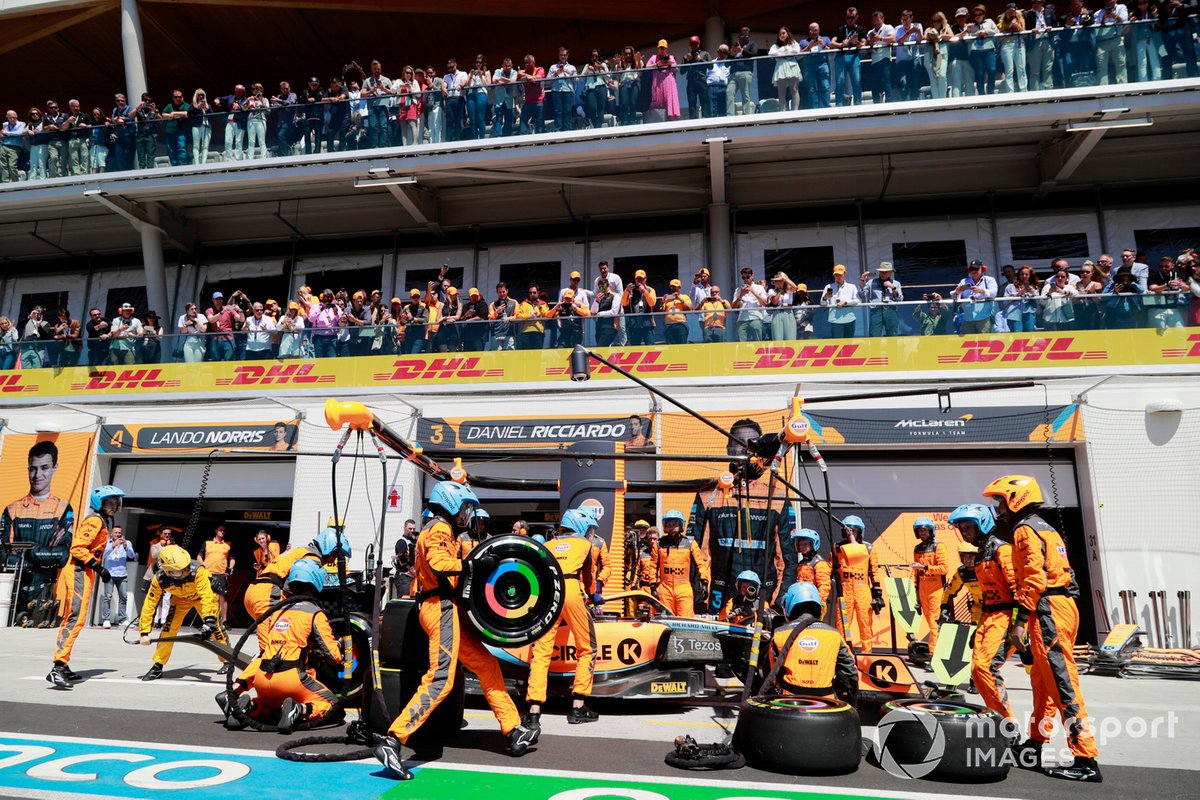 Norris called it a "very rough day" and left the media pen saying that he wanted "a cold bath and an ice cream and just to go home".

The race saw McLaren fail to score any points for the first time since the Miami Grand Prix at the beginning of May, acting as the latest twist in its form.

The team has occasionally found itself at the very front of the midfield, such as in Australia and Emilia Romagna, only to then slump outside of the points at other events.

Norris said the McLaren MCL36 car was "not anywhere [near] where we want it" and that "a day like today is probably a good thing" to show the team is "a long way off".

"We have to keep working very hard to keep trying a lot of different things," Norris said.

"Maybe at times, things look great. But it's never really like genuine pace, you know. We're a little bit there on luck sometimes.

"A day like today when it's just more simple and you don't have luck on your side, it shows where we're actually at."

Norris: Alpine F1 has done "pretty bad job" to only just be ahead of McLaren