Lando Norris says his McLaren Formula 1 team is being held back by just "one big problem" - a lack of downforce.

As his Woking-based team comes to terms with a disappointing season opener in Bahrain, Norris says it is facing up to a fundamental lack of grip from its new MCL36.

With the car's balance not being too bad, and there being no other fundamental vices, he says the team now knows where it needs to focus its efforts.

"There are not loads of problems. I guess it is one big problem that is very costly in the world of Formula 1 because all you need is downforce, and that is what we are struggling with at the minute. That's what we need to work on."

Norris said the team had initially been left scratching its head about the lack of pace in Bahrain, compared to what appeared to be a strong first test in Barcelona.

But he thinks it was a simple case of other outfits making good progress in bringing added performance to their cars, while McLaren had stood still.

"What confused us a little bit initially is the fact that we were a little bit stronger in Barcelona," he said. "I think we started off with a decent car but we didn't make a lot of progress because it was a car that went on to the track very well and we understood how to optimise it very quickly. 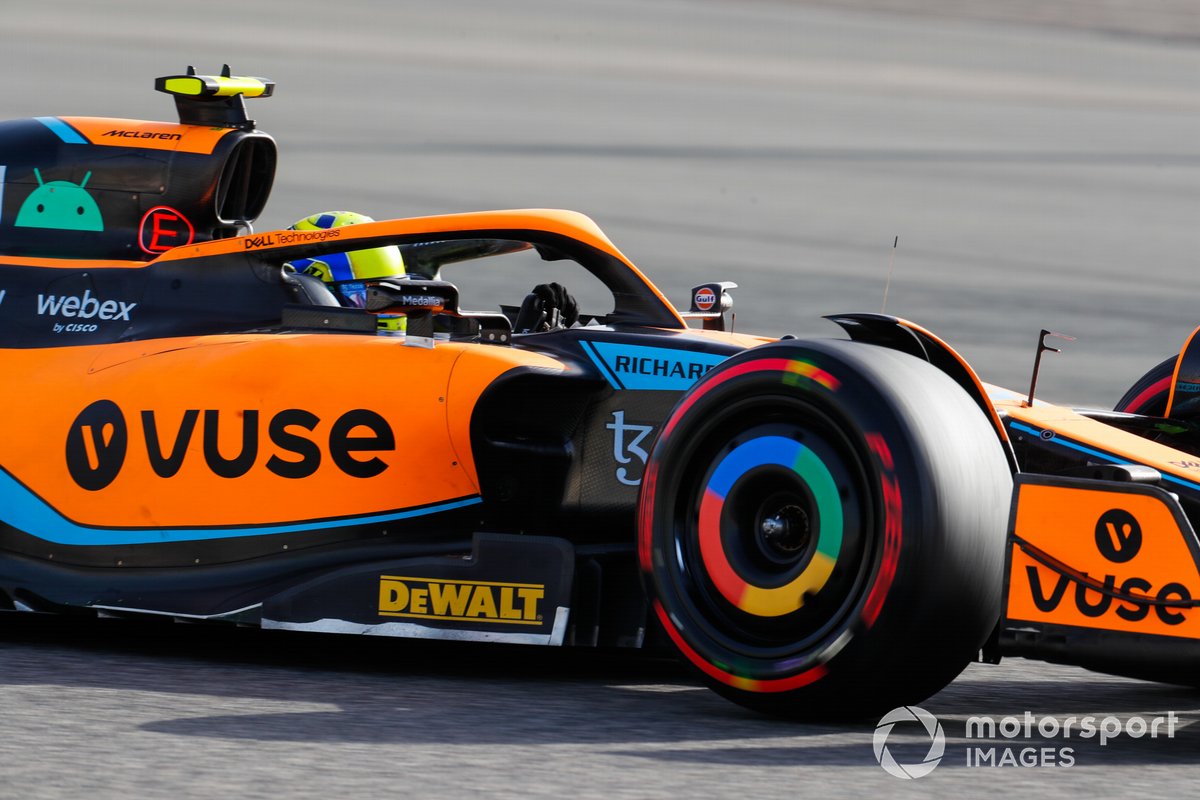 "But then we couldn't make much further progress from there. That is where all the other teams were able to take steps forward from there and continuing to find out about the car and make bigger steps than we could.

"There was more hope after Barcelona but that slowly went away with time and when everyone else was able to find out more about the car and bring bigger upgrades than we could. So then we took some steps back."

While adding more downforce to the McLaren will take time, Norris has faith that the team's designers and technical director James Key will be able to come up with improvements.

"It is not an easy thing to say exactly when or the timescale or anything, but I have good faith," he said. "We've not come out strong and we've struggled a little bit in the first race.

"But there is hope and a good team back at MTC which is already working on a good plan to put things back together and try to understand everything on where it has gone wrong and what we have missed.

"As soon as we figure that out, then there is [light]. James is working hard already. He was already as soon as we kind of realised where we were standing compared to the other teams, putting that plan in place of recovering and trying to get back to a much higher position."

Hamilton not "too stressed" by Mercedes’ struggles with 2022 F1 car