Lando Norris has admitted the fight with Ferrari for Formula 1’s best-of-the-rest slot behind Mercedes and Red Bull is getting ‘tense’.

With five races remaining, there is just 3.5 points separating the two teams in their fight for third place in the constructors' championship.

But with Ferrari having made good performance gains in recent races following the introduction of an upgraded engine, McLaren knows that it is facing a big challenge to hold on to its position.

Norris insists that McLaren is not downbeat about its prospects, but is well aware of just how difficult a task it faces now in ensuring it delivers what is needed to hold on.

"We are motivated, we're working hard but I think it's tough," he said ahead of the Mexican Grand Prix.

"It's hard to know where you're going to be every weekend because it's always generally been very close, even since the beginning of the season.

"It's not like we've run away with it at any point. It's been close since the beginning of the season, but it's tense. We're working hard, everyone back in the factory is working hard to try and find these last little things we need for the rest of the season.

"But Ferrari are strong, you've got to give it to them. They've come on very strong in the second half of the season and especially the last few weekends. So we're putting up a fight, and we can definitely bring it to them to the end. That's the plan." 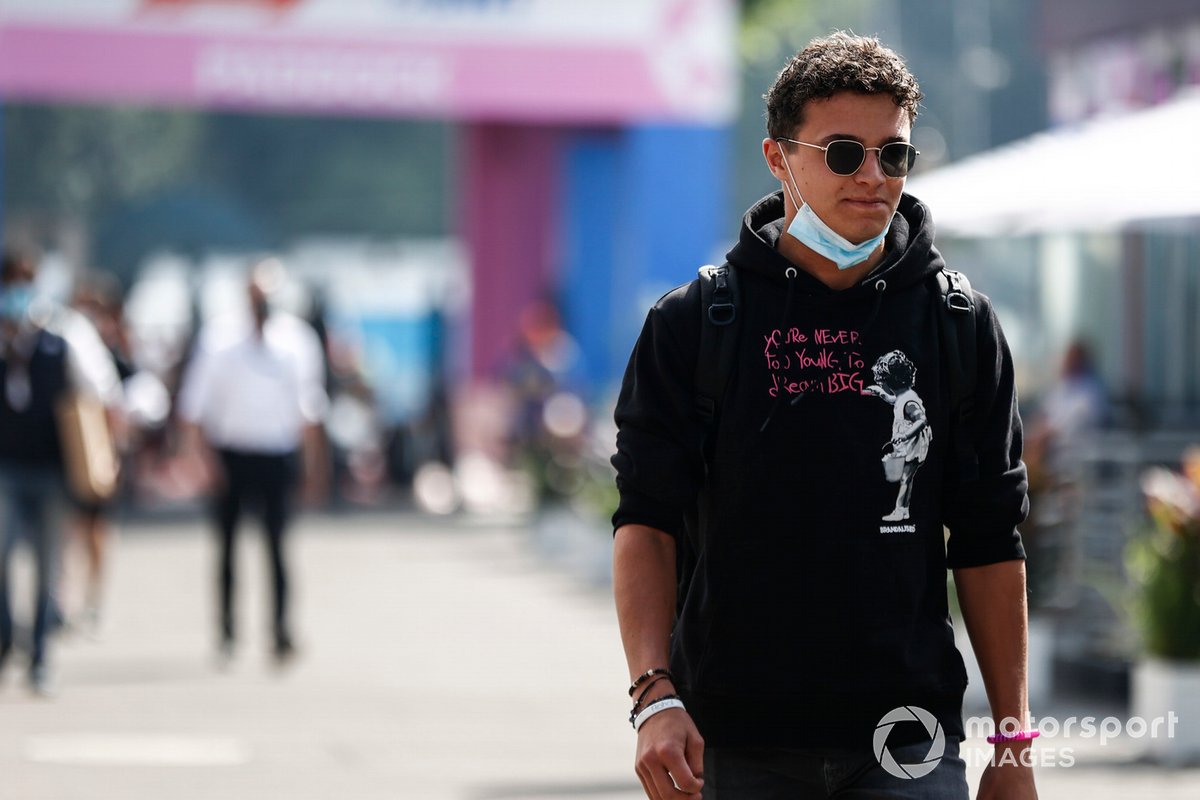 Norris says the varying strengths of the two cars – with McLaren better in high-speed corners while Ferrari excels in the slower-speed stuff – has kept things close between the two squads all season.

But he is under no illusions that Ferrari's prospects have been boosted by the power boost from its engine, which had been a weakness previously.

"Then you have some tracks which are just more suited to Ferrari, like Baku was with the slow speed or Monaco as well.

"So I think we both have quite evidently our strengths and weaknesses. Of course Ferrari, one of their weaknesses is now not so much a weakness as well. So yeah, it's tough. But it's exciting and we'll keep working hard."