Lando Norris believes that he and his McLaren Formula 1 team “deserved a lot more” in 2021 after a late run of misfortune spoiled his season.

Norris slipped from fourth to sixth in the world championship in the closing races of the season.

He finishing the year with a seventh in Abu Dhabi after a late puncture dropped him down from a potential fourth place finish, and cost him the chance to challenge Carlos Sainz for third.

His four previous starts saw him earn a ninth place and a trio of tenths after various misfortunes caught him out, including first lap contact with Sainz in Brazil, a tyre failure in Qatar, and losing out when others had a free tyre change at the red flag in Saudi Arabia.

“Of course, I've made a couple of mistakes, Brazil for me the big one, that cost me,” he said when asked about his season by Motorsport.com.

“But apart from there, we've just been very unlucky with the punctures, with problems and incidents, whatever. 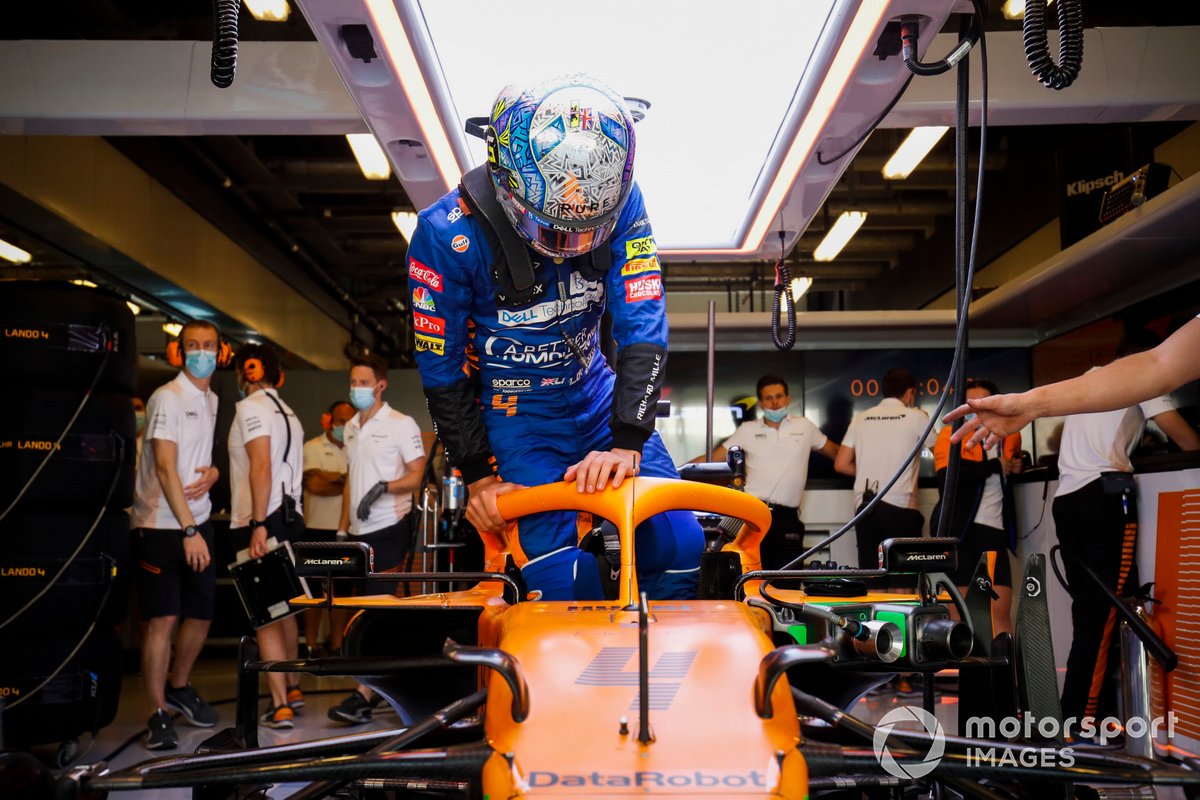 In Abu Dhabi, Norris had gearbox issues in the early stages, but it was the puncture that saw him called into the pits with 10 laps to go that proved expensive.

"Some gearbox problems, I wouldn't say it really cost us anything, it cost me some time here and there, but didn't cost me positions, thankfully.

“But the puncture did, so the puncture ruined it really. Especially after the safety car we could have had a chance to at least fight Carlos, go for a P3 or a P4, and still a good chance I could have finished fifth [in the championship] as a driver.

"I feel like we did a good job to keep off [Charles] Leclerc, and I was doing a good job of that point to keep [Valtteri] Bottas behind me, and that was very important.

“And I'm confident I could have kept him behind me for the whole race. But yeah, we had to do one more pitstop for no reason, and that sucks.

“It was a slow puncture. The team at first didn't actually tell me what it was. They just said ‘We have to box, and I'll tell you why later.’ I think I started to feel it probably the final lap, and I guessed what it was.

“Through no fault of mine or the team's we lost out again. So it's just more unlucky moments, things thrown away from us or taken away from us. Can't get frustrated by it, just have to deal with it.”

Regarding his drop from third on the grid to fifth on the first lap in Abu Dhabi, he said: "[Sergio] Perez was on the inside. He was going to like, run me off. I just had to go wide. So I [conceded] the position to him.

“I don't know if he probably had a slightly better start, but I just didn't have a good enough start to attack. So as simple as that."

Despite his obvious frustration, Norris insisted that 2021 has been his best season.

"So many things that make it a lot tougher to take,” he said. “But I think I'm still very happy with how I've done. Things for me to improve on again, but I'm happy, it's still been my most successful season.

“Personally, I feel like I did everything I could to give us as a team the best opportunity to go against Ferrari. Although it still didn't work out, I think how I started the season really put us in that position.

“And Ferrari was strong from the very first race, and that's what people don't realise. They were super strong from race one. And they just got much stronger than what we did.

"So yeah, they did a good job, they did a better job than us, and we have to try and do better next season."