Lando Norris believes his long-term Formula 1 deal with McLaren has allowed him to strike a better work-life balance and relax more away from racing.

Norris made his F1 debut with McLaren back in 2019 and has cemented his position at the heart of the team's future thanks to his impressive performances over the past four seasons.

The British driver was handed a new long-term deal running until the end of the 2025 season at the start of the year, acting as a major show of faith from McLaren.

Norris felt the long-term deal "definitely takes the pressure off" by ensuring he is "not overthinking" about his future, as well as giving "something to look forward to" as McLaren builds up its facilities at Woking.

"It's not that everything isn't [good] now, but a new wind tunnel and certain other projects we have with the team which are coming along, and which will hopefully give us better performance by '24 and '25, I also look forward to those times," Norris said in an interview with Motorsport.com ahead of the summer break.

"We might not just go out and win, but I want to convince myself that it'll definitely help us move in that direction.

"There are so many good things that we're doing as a team that I see us doing better than some of the top teams at times. It's just sometimes you don't have the car that can show that, if that makes sense.

"I'm happy. I also feel like I made a good decision being here for so long. I'm enjoying it, which is for me the most important thing.

"Every year, I'm still excited to see what the future holds because I'm almost more and more optimistic of where we can end up in a few years." 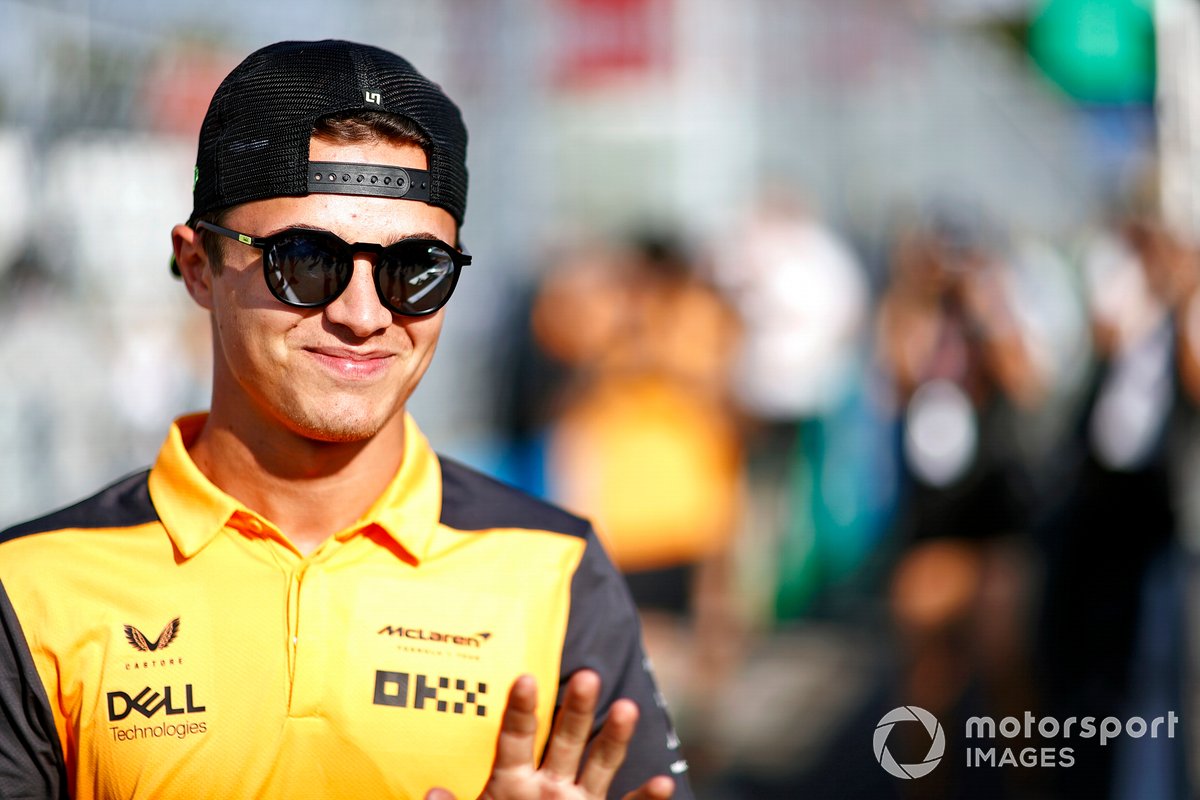 Norris has previously been open about his struggles with mental health in the early part of his F1 career amid self-doubt over his ability and place on the grid.

But as Norris has continued to succeed on-track, he has also become more active in outside interests, such as launching his gaming and apparel brand, Quadrant.

Norris said that feeling "that bit more established within Formula 1 definitely makes a big difference" for him to strike a better work/life balance that meant he was "happier on-track, but also away from the track with the personal life."

"But I'm also able to live a good life, and can relax when I'm away from Formula 1, and not just think 'what do I have to do for next time, because I've done a shit job here' or whatever, which is just a little bit more what I was like a few years ago.

"You'd just think, 'why did I do badly there? Why am I not good enough in that position?' and just constantly think about it. You don't feel like you can relax.

"Whereas now I feel like I've got Formula 1, I'm doing everything I can and efficiently to do the best job I can in that. But then I can also live a life away from it."