Norris has made the next step, says McLaren F1 boss Seidl

McLaren Formula 1 team principal Andreas Seidl believes Lando Norris' fourth place in the Bahrain Grand Prix is proof he has "made the next step" ahead of his third season.

Norris started the 2021 F1 season opener in seventh, one spot behind his new McLaren team-mate Daniel Ricciardo, but drove a measured race to finish fourth which included bold overtakes on Ricciardo and Pierre Gasly.

Starting his third season as a Formula 1 driver, team boss Seidl believes Norris has put the lessons he learned in the past to good use, hailing his "very controlled" race.

"I think we have seen all weekend, especially in qualifying and the race, that Lando made the next step," said Seidl. "It's something we ought to expect from a young driver, especially in his first years, to make these steps because that’s how you become a top guy in this sport.

"It was great to see how he pulled it off because it really was a very controlled race from his side. He pushed when he had to push and he controlled the race when he was in a position to control it." 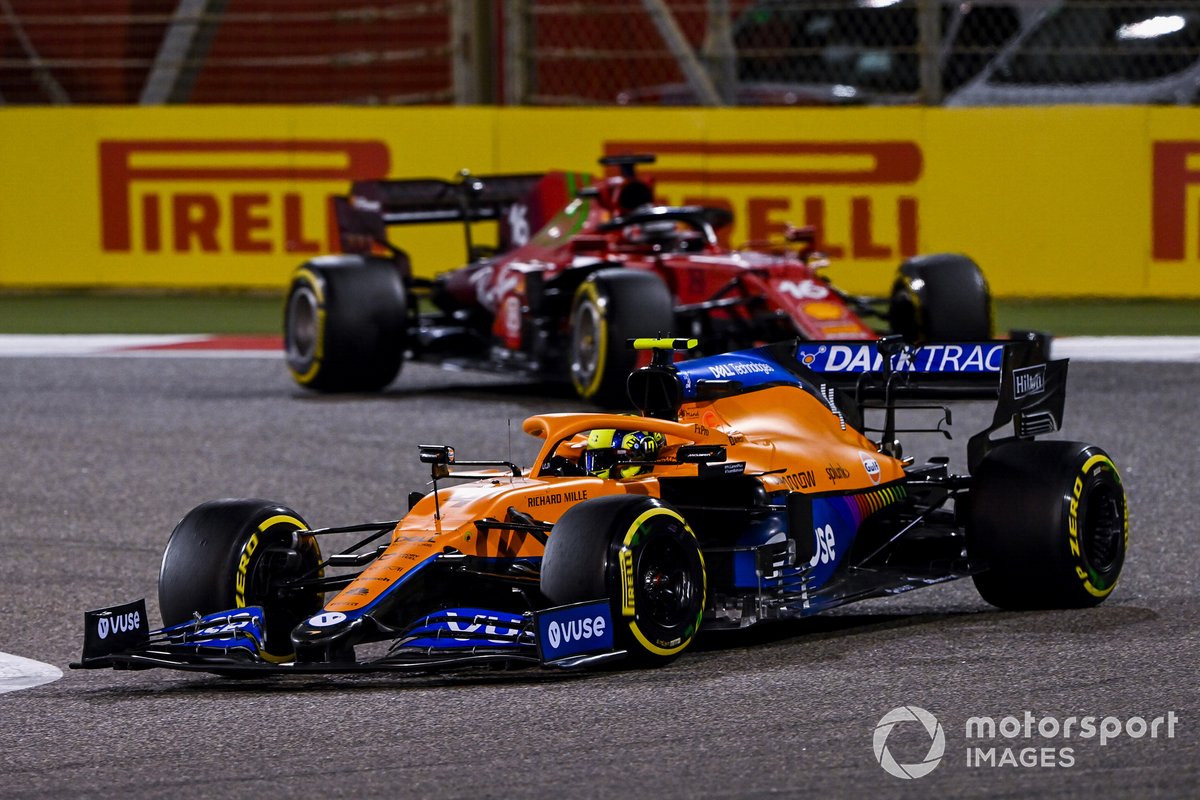 Norris said he was particularly satisfied with his race pace in Sakhir, an area he admitted "wasn't very good a couple of years ago".

Seidl agreed with his driver's assessment and believed part of that progress is down to the Briton's increased confidence and experience.

"If I look at the way he works together with his engineers, how he communicates during a practice session, during qualifying, during the race, under stress, you simply see he was building up the experience and the confidence over the last two years," the German explained.

"Now he implements again everything digested over winter and he has learned from himself, and that results in the lap times and the performance in the race.

"I think tyre management today, he did a sensational job, he would push when it was needed. He was fully under control and that was obviously great to see."

McLaren left Bahrain sitting in third in the constructors' championship, the same place it claimed in 2020, which Seidl said was encouraging for the rest of the campaign.

"I’m very happy with what the team pulled off this weekend. because I think the hard work everyone has put in over winter was paying off," he added. "The gap for example, to [winner] Lewis [Hamilton], was only about 45 seconds I think.

"In a race where these guys at the front were flat out that’s an encouraging sign, because it confirms again we made a good step forward with the car."

Marquez: MotoGP must not become like F1 where car is more important than driver