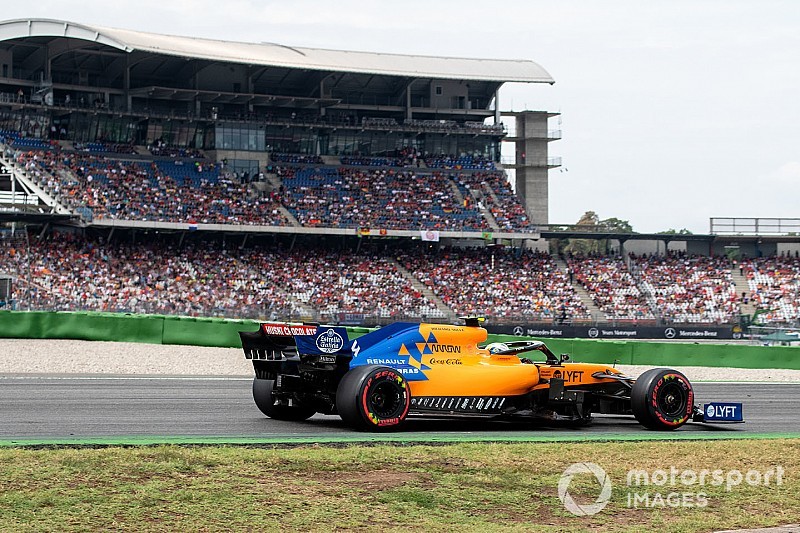 Lando Norris is set to start from the back row of the grid for the German Grand Prix after McLaren elected to change power unit components in the wake of his battery problems in qualifying.

The young Briton was knocked out in Q1 at Hockenheim on Saturday thanks to a problem with his battery pack that the team estimated cost him one tenth of a second. He had been due to start 16th.

But with the team concluding that the battery pack needed replacing, it has also elected to fit a new MGU-K and Control Electronics as well.

Due to the number of new components that Norris has taken, his penalty is supposed to be that he has to start from the back of the grid.

However, Norris will drop to 19th place instead because Sebastian Vettel has to start right at the back as he did not officially qualify and had to get special dispensation to start.

Under F1's sporting regulations, Vettel will take up the last place on the grid after all other penalties have been applied.

Vettel has fitted new Control Electronics as well, which will formally give him a 10-place grid penalty but will make little difference to where he starts.

Kimi Raikkonen has also taken a new internal combustion engine, turbo charger and MGU-H but, as these are all within his season's allocation, there will be no penalty.

Wet German GP would be a step into the unknown - Pirelli