Alpine suspects that the swipes that Lando Norris is taking against it this season must be because he is "rattled" by the pace of the French Formula 1 manufacturer.

By:
Jonathan Noble
Co-author:
Jamie Klein
Listen to this article

Norris has said several times in recent races that he believes Alpine has made heavy weather of the fight that his McLaren squad and its closest rival are having over fourth place in the constructors' championship.

The Briton reckons that considering the pace that Alpine has shown with its A522 car this season, it should have wrapped things up long ago.

Speaking at the Japanese GP, where Alpine retook fourth spot, Norris said: "They are so much quicker than us. I have no clue how we are still fighting them in the championship.

"They are in another league to us at the minute. I'm happy we've been able to fight them so far into the season, it shows we've done a very good job in other areas, in reliability, in maximising our performances, taking opportunities, and not making mistakes.

"They must have done a lot worse than us in all of those areas to only just be ahead of us in the championship with the car they have. Not a surprise, it's not a big fight at the minute because they are so much quicker, but we'll keep trying and limit the points loss to them."

Alpine is at a loss to explain why Norris keeps pushing that line, and says its main focus now is actually on getting ahead of Mercedes in races rather than just beating McLaren.

Sporting director Alan Permane said: "Lando loves to keep quoting that, doesn't he? But we only need to just be ahead. I'm not quite sure why he keeps on: I guess we've got him rattled. 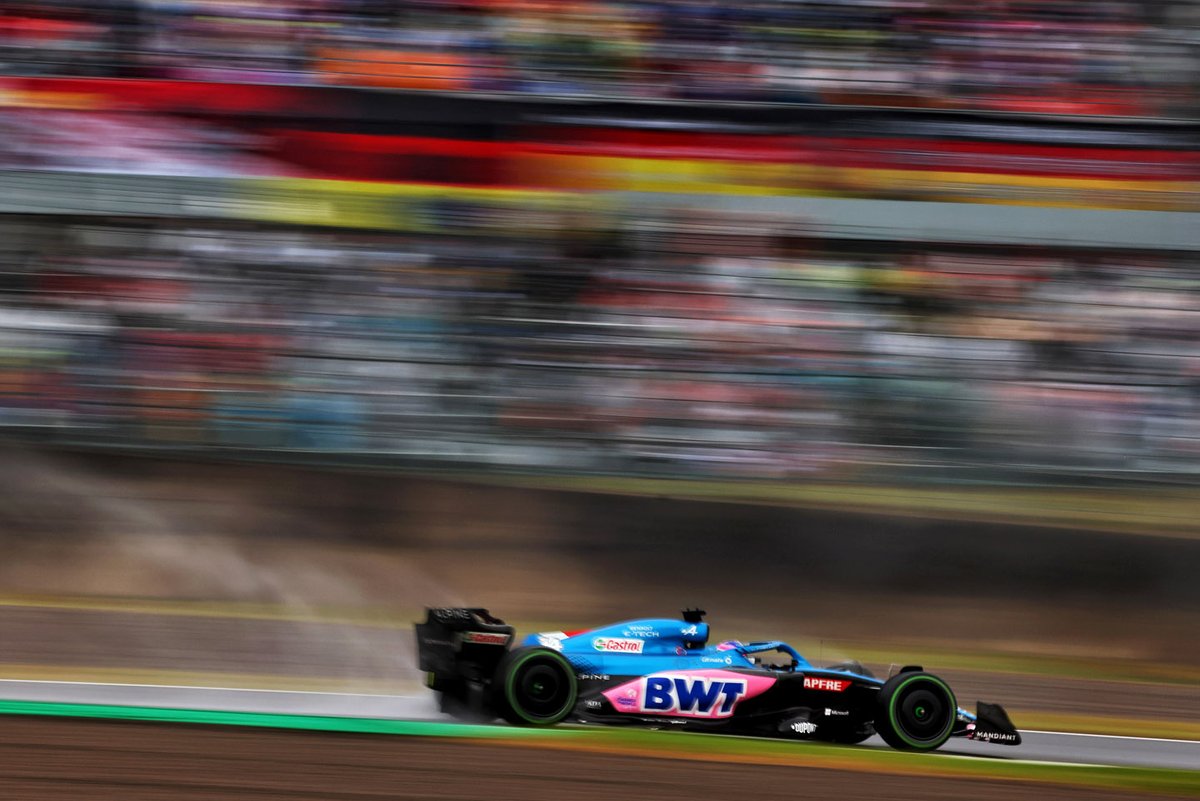 "We're much more focused on Mercedes and trying to beat Mercedes. We're trying to get ourselves onto that sort of level."

Alpine's points haul this season has been dented by reliability problems, which included a double DNF at the Singapore Grand Prix.

However, Permane says he is hugely encouraged by the progress the team has made in pace terms.

"Of course, we had a huge setback in Singapore," he said. "But I think in Japan, it's all back to normal.

"I imagine that in the next races we can do the same. The car is clearly getting quicker. And I think it's getting closer to those top guys.

"After every race, we look at where we are in terms of percentage wise away from pole and things like that, and I'm sure we are closer than we've ever been this season. So it's definitely going in the right direction."

Although Permane says the team cannot get too complacent about thinking McLaren is beaten, it says that it ultimately does not matter if it beats its rival by one point or many more.