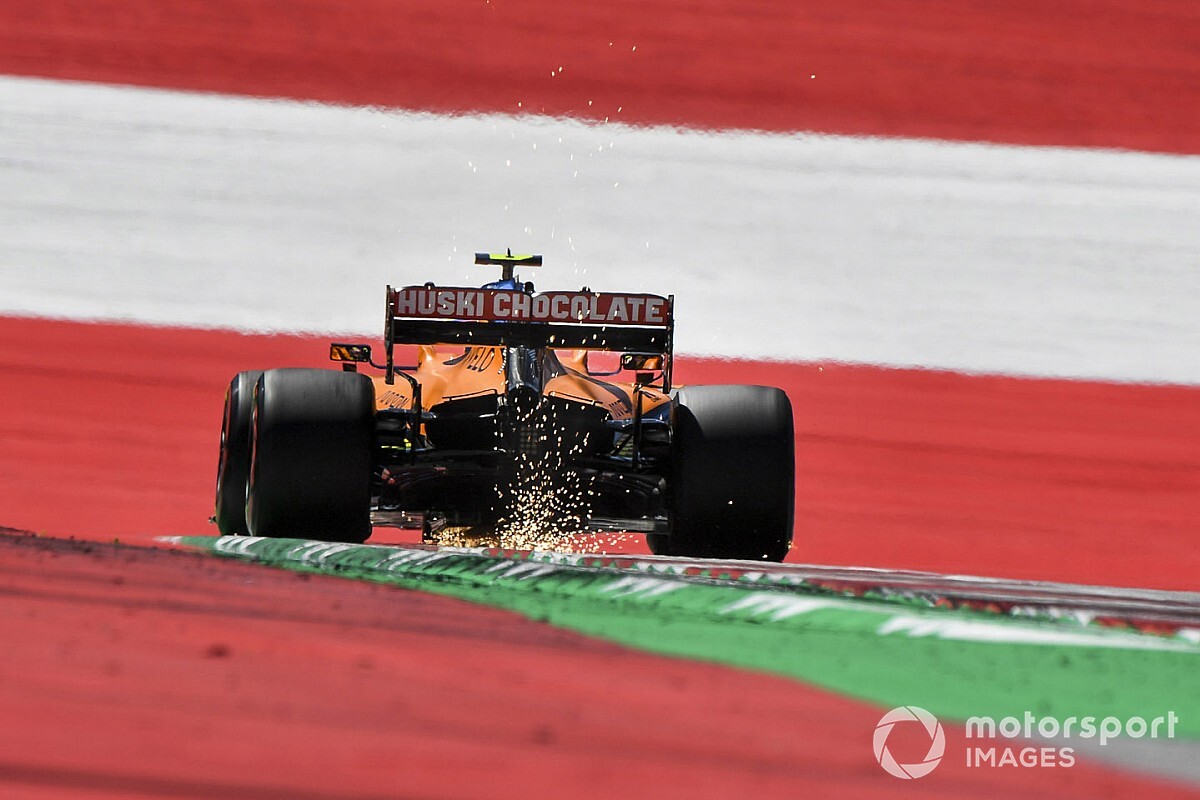 Lando Norris chose to limit his running in second free practice for the Austrian Grand Prix in a bid to help minimise aggravating some back pain he picked up earlier in the day.

The British driver felt some upper back pain during the opening practice session at the Red Bull Ring, but felt better after treatment between sessions.

However, with his McLaren team eager to not overstress his body in the afternoon, it was decided to restrict his running in second practice. He completed 31 laps to end up eighth overall, with teammate Carlos Sainz ending three place ahead and putting in 45 laps.

“I feel fine now and walking around, but when I am driving it is something that causes me a lot of pain particularly in the high speed corners and when I’m braking," said Norris. "So I have spoken to my specialist and he tried to figure it out, but it is not as obvious as just pointing it out.

"I’ve been on pain killers and whatever, but it’s been setting me back a lot today. So pretty frustrating. I have not felt confident in the car in terms of pushing it, so hopefully I can get it fixed and be ready for the next one.”

Speaking to Sky afterwards, Norris said that it made sense to hold back on too much running in a bid to ensure qualifying and the race were not compromised.

“I’ve not been able to do as many laps," he explained. "I’ve had to limit them quite a bit to make sure I’m in shape for tomorrow and Sunday, so not as smooth sailing as what last week was. I think I’m a bit on the back foot compared to laps and everything.”

As well as the back pain, Norris’ morning session was also overshadowed by a three-place grid penalty he picked up for overtaking under yellow flags.

The youngster owned up to his error, after passing a slow Pierre Gasly while the caution flags were out for the stationary Williams of Nicholas Latifi.

“It’s my mistake to be honest,” he said. “I was on a push lap, both of these guys were on an out-lap or a cool lap.

“I slowed up for the yellow flag, which you’re meant to do, but I just continued to roll past the two other guys. It’s my mistake. [It was a] bit stupid of me.”