Lando Norris feels “a bit sorry” for Alexander Albon after losing his Red Bull seat for 2021, but says it shows how Formula 1 can be “a cruel world sometimes”.

Norris and Albon both graduated from F2 at the end of the 2018 season, making their F1 debuts with McLaren and Toro Rosso respectively.

Albon was promoted to Red Bull’s senior F1 squad just 12 races into the 2019 season, but was dropped at the end of last year following a difficult season that saw him struggle to match teammate Max Verstappen’s form.

Albon has taken up the role of reserve driver for the 2021 campaign after being replaced by Sergio Perez in the race seat.

Norris said that while he was yet to speak to Albon specifically about his Red Bull exit, he found it hard to see such a good driver on the sidelines, but backed the Anglo-Thai driver to bounce back.

“I’m good friends with Alex, we get along very well and we have good chats and so on,” Norris said.

“I’ve not really spoken to him that much about what’s been going on or things like that.

“I guess I feel a bit sorry, because I know he’s a very good driver, and it’s tough. It just highlights really how tough Formula 1 is.

“You can be an extremely good driver and beat almost everyone that you’ve ever raced against in all the categories, but you get to Formula 1 and it becomes that little bit more competitive.

“It’s a cruel world sometimes, and it can be over almost as quickly as it started.

“I rate Alex highly and respect him a lot, and it’s a shame that he lost his drive. But I’m sure he’ll fight back for it and try to be in Formula 1 again in the future.” 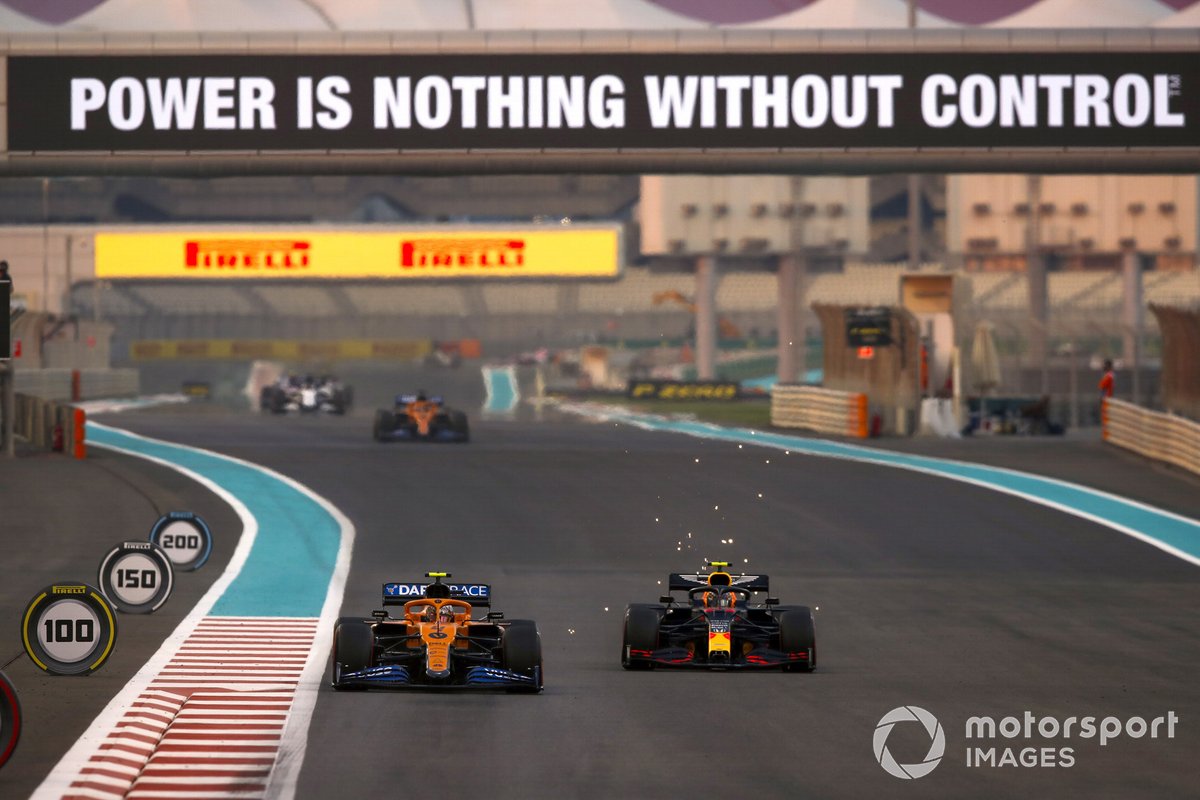 Albon will be tasked with focusing on Red Bull’s development of its 2022 car through this year, working in the team’s simulator and supporting the race squad.

In the same two-season period, Norris has cemented himself within the McLaren team and shown decent progression since making his debut, and is keen to continue on an upward trajectory this year.

“I do my best, and I think the people who can know that more than anyone are the people I work with - the engineers, the managers,” Norris said.

“Sometimes it’s difficult for other people to know. It’s difficult to pick up different perspectives or things that you think someone isn’t doing well enough in when you don’t always know the reason.

“Last year I was very happy with how I did. There were things for me to improve, but on the whole it was a much better season comparing to year one. There were certain parts of the season that were particularly good, and I think one of them was the last race for instance.

“I’m happy, but I know I’ve got things to work on and things to improve, and that’s only going to help me and motivate me to keep improving.”