Norris "a bit nervous" about F1 start behind Verstappen and Hamilton

The McLaren driver has pulled off a surprise third spot on the grid at the Yas Marina circuit, as he got within touching distance of the two championship protagonists ahead of him.

While Norris has no allegiance to either of the two drivers, so is free to race them as he chooses if he gets away well, he knows it’s not a straightforward situation.

The youngster is well aware that he doesn’t want to trigger an unnecessary incident and risk taking out either the Mercedes or Red Bull ahead of him and wreck their title hopes.

“I'm a bit nervous, because I kind of want to just stay where I am, and just watch everything unfold over the first few laps, or even the whole race,” he explained.

“I also don't want to really get involved too much because it can cause a lot of controversy. So I don't know. I don't know whether to go for the move or not go for the move...you tell me. But I'll do my best and, if I have a chance, I'll go for it.” 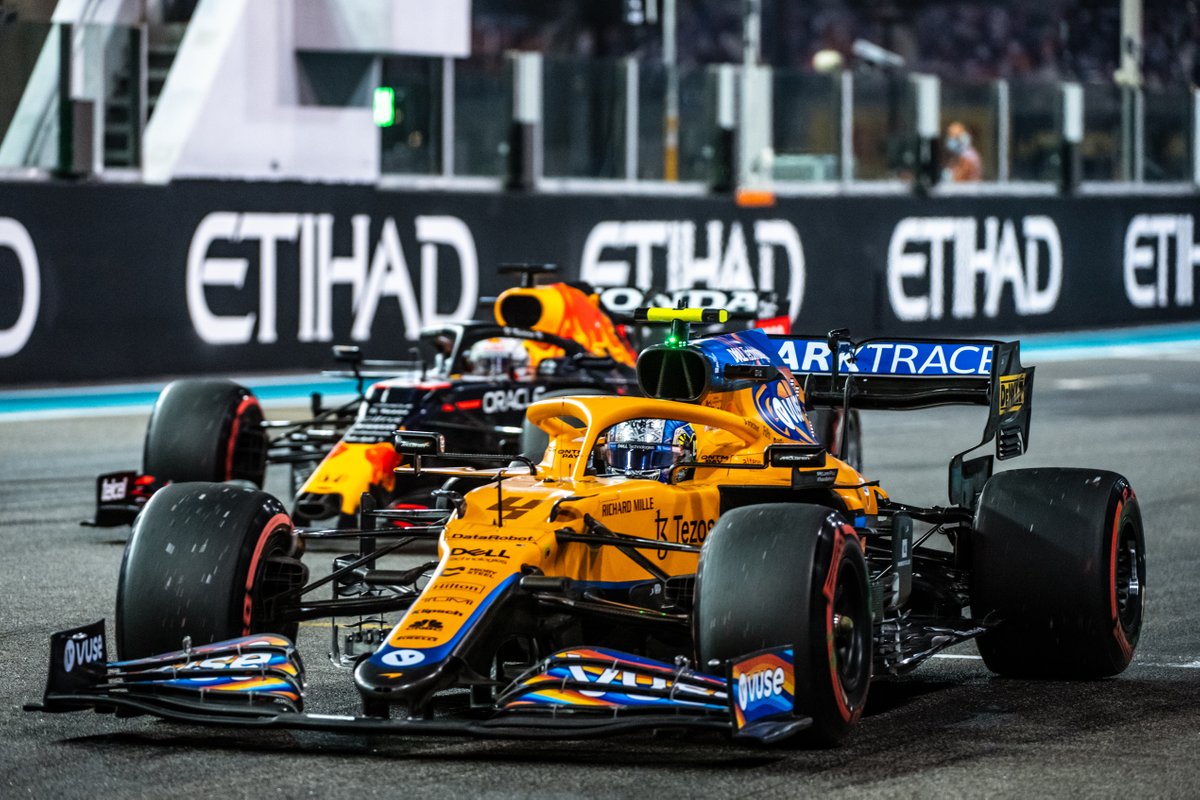 Norris had been quite low key throughout the Abu Dhabi weekend before once again stepping it up in qualifying as he edged out the number two Red Bull and Mercedes cars.

Asked where his brilliant final Q3 time had come from, Norris said: “I don't know really! It came already in Q3 run one. I made some improvements, but also a few mistakes.

“Then I just had a clean lap in the end. I went for pole, but it didn't quite work out as it's still a little bit off. But no, it was a nice lap to P3. It was a bit of a surprise.”

McLaren is still fighting for third place in the constructors’ championship but, with it lying 38.5 points behind Ferrari in the standings, it would take a stroke of good fortune for it to deliver the result it needs to overhaul its Italian rival.