Non-listed Ferrari parts would be “huge step" for Sauber 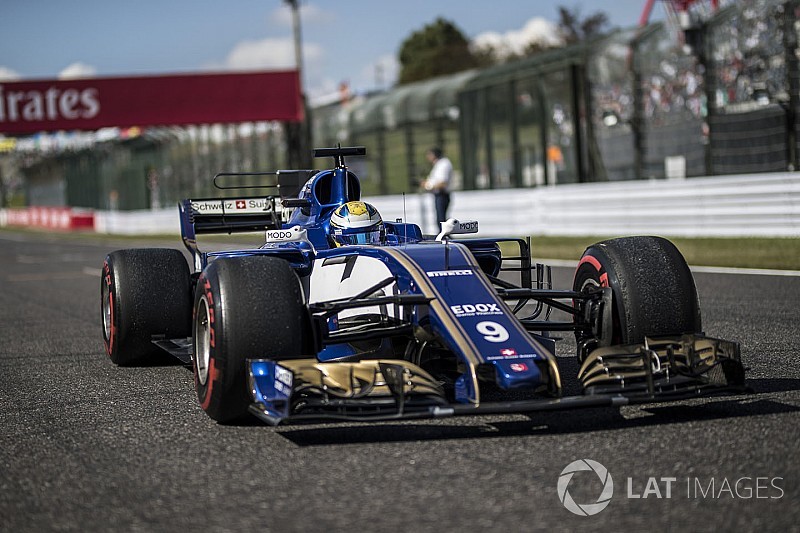 Team boss Fred Vasseur says taking non-listed parts from Ferrari would help Sauber make a "huge" step, as he weighs up the extent to which the two outfits will collaborate.

Sauber agreed a deal with Ferrari that gives the Swiss team the latest specification engine and its gearbox for 2018 and is now in discussions over running Ferrari junior drivers and extending the technical collaboration.

Vasseur is targeting a return to the midfield next year for Sauber, currently 10th in the constructors' championship, and feels taking non-listed parts would help make a step in the short term.

But in doing so it would mean not making the most of the team's Hinwil factory, enhanced during its years as BMW's factory team and capable of producing an F1 car in-house.

"It would be a huge support to Sauber to have this kind of partnership with Ferrari," Vasseur told Motorsport.com when asked about whether the relationship will extend to non-listed parts.

"It would be the fastest way to improve because it's a huge step in three months. It's a good way to improve quickly and come back onto the pace and catch the midfield, and then we can see what will be the next step.

"First we need to think about the close future, next year. On the other hand, you need to keep in house the skills and the technology and the know-how and I don't want to give up on this.

"I don't want to just wait just for Ferrari to have the next step of the evolution of the car. It would make no sense.

"We have a very good facility, the wind tunnel is a good one, we have to manage that asset and push that asset. We have to find the right balance."

Vasseur, who plans further talks with Ferrari in the coming weeks, adds that once the details of the technical collaboration are sorted out, attention can turn to the drivers.

Ferrari junior Charles Leclerc, who won the F2 championship at the weekend, is favourite to get a seat with Sauber next year, but it remains unclear whether fellow junior Antonio Giovinazzi will get the second seat.

"We are discussing that we could extend the parameter on the technical side and we will do it," said Vasseur. "Then we have the next topic, which is the drivers. It's part of the collaboration with them."