No regrets as Maldonado insists Lotus 'not lost' 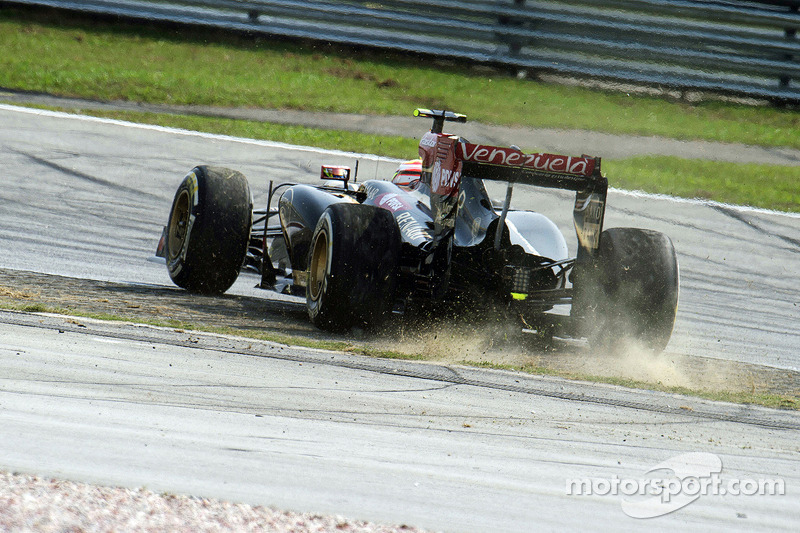 Pastor Maldonado insists he has no regrets about moving from Williams to Lotus for 2014.

May 6 (GMM) On the face of it, the Venezuelan switched his millions in PDVSA backing from a resurgent team to one entering a deep slump.

But Maldonado told Spain's El Confidencial he was right to join Renault-powered Lotus.

"Williams was not working as it should and so after three years I had to look for a new challenge, a new hope, something to motivate me.

"I decided to come here because history said it was a great team," he insisted, "and when I arrived I found exactly what I had sought.

"The atmosphere is terrific and I say this because we are having many problems," added Maldonado.

"People say that the team is lost, it's not the same as before but I think what has changed is the cars. We are experiencing a major technological transformation," he explained.

"We've had millions of problems, many of them insignificant and silly so it has taken us a lot of time."

While grappling with the troubled Renault-powered E22, Maldonado is having to watch the resurgent form of Williams, whose Felipe Massa and Valtteri Bottas have already scored 36 points in 2014.

In contrast, Maldonado and Romain Grosjean's combined tally is zero.

"Williams knew they were going to have a better car this year -- for sure, being worse (than 2013) would have been virtually impossible.

"It can always be worse, but it was on a scale where it was more likely to go up than down -- we were fighting with the small teams, compared to Williams with its name, its structure, its factory.

"They have shown they can do well but it is still hard to say if they can win races again," Maldonado added.

He said the biggest difference between 2013 and 2014 is the change of emphasis within the regulations from aerodynamics to engine.

"Lotus was the only team that could attempt to reach the level of Red Bull," said Maldonado. "Now the engine is dominant."

Finally, Maldonado was asked whether he is a fan of the 'new' F1.

"Yes and no," he responded.

"First it is the same for everyone and so you have to adapt to the rules," he explained. "It is what it is. No more.

"I liked what we had before, but for sure we will develop soon and have better cars," Maldonado added.

Spanish GP: Some changes in the pecking order as European season gets underway?