Mattia Binotto has downplayed suggestions Ferrari's Formula 1 struggles at Spa were simply track specific after its resounding defeat to Red Bull in the Belgian Grand Prix.

While Ferrari has managed to be in the mix for victory at most races this season, Spa saw the team stand little chance of beating Red Bull.

Max Verstappen charged from 14th on the grid to win the race by more than 17 seconds, leading home Red Bull teammate Sergio Perez for a 1-2 finish.

Ferrari saw both Carlos Sainz and Charles Leclerc struggle with tyre degradation throughout the race and fail to compete with the Red Bulls. Sainz ultimately finished third, 26 seconds off Verstappen, while Leclerc was a lowly sixth after a visor tear-off got stuck in his brake duct and forced an early pit stop.

Asked how big the hope was that the performance was simply track-specific and an outlier for Ferrari, team principal Binotto said: "I don't think there is any hope in that.

"It has been a true difference between us and the Red Bulls this weekend. If I look back, I think they have been slightly faster in Hungary, which has been a different kind of track, high downforce.

"So overall, I think simply today, the Red Bull is a faster car compared to what we've got in terms of overall efficiency, because Spa is where you need efficiency in terms of the aerodynamics and power unit.

"But more than that, we have as well a lot of tyre degradation that we need to look into. They have been stronger as well in terms of tyre degradation. So I don't think it has been an outlier. They are faster to us than what I am hoping." 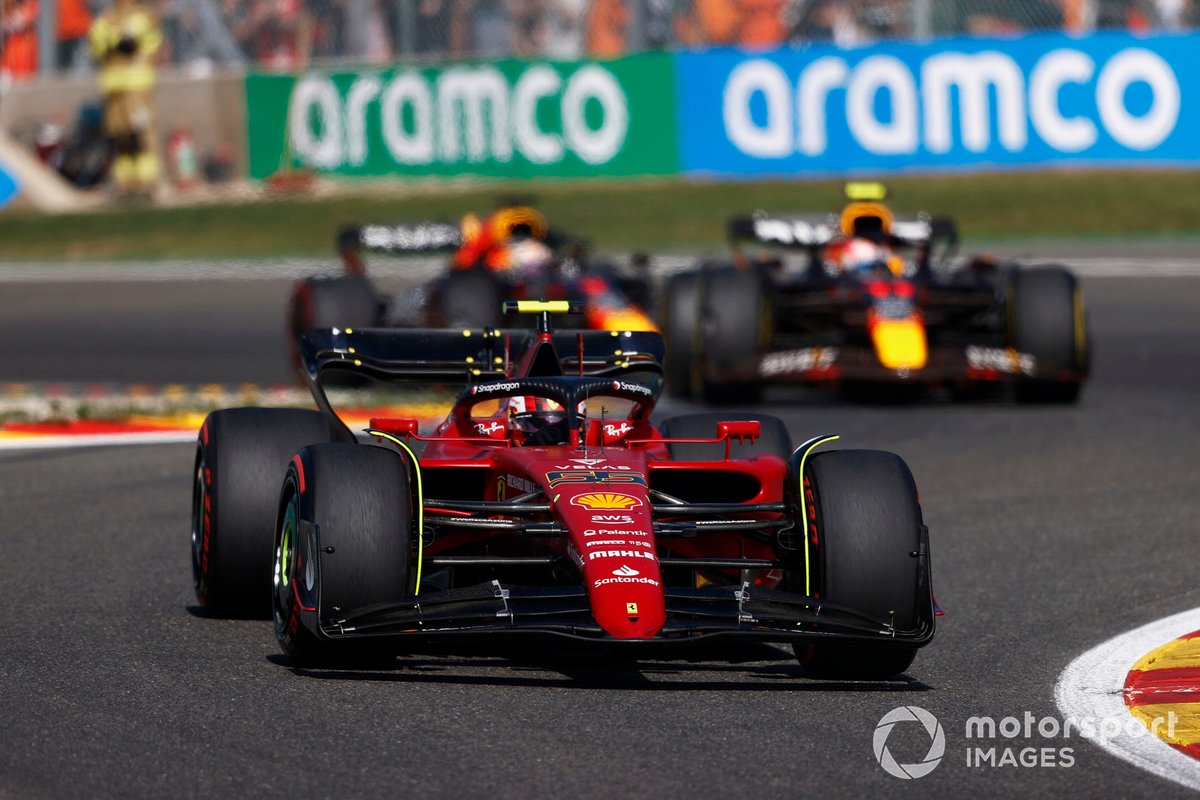 The defeat dealt a big blow to Ferrari's championship hopes. Leclerc dropped to third in the standings and is now 98 points behind Verstappen, while Red Bull extended its advantage to 118 points in the constructors' standings.

Leclerc admitted after the race it would be "extremely difficult" to win the title from this position, but Binotto was confident the large gap to Red Bull at Spa was not a sign of things to come.

"Certainly the gap we have seen today is not the gap we will have in the next races," Binotto said.

"I think Spa is always amplifying the gaps because it is a long track, and whenever you've got a slight advantage on efficiency, normally it's amplified and very obvious on such a circuit.

"So yes, we hope to be back in the next races to be closer. I still believe they have got a slightly faster car. But tyre degradation has been I think the most as well element affecting the performance of today.

"We need to understand it and try to address it as soon as possible, because it will be important as well for the next races."

Ten things we learned from the 2022 Belgian Grand Prix

How F1 Contract Recognition Board will decide Piastri’s fate