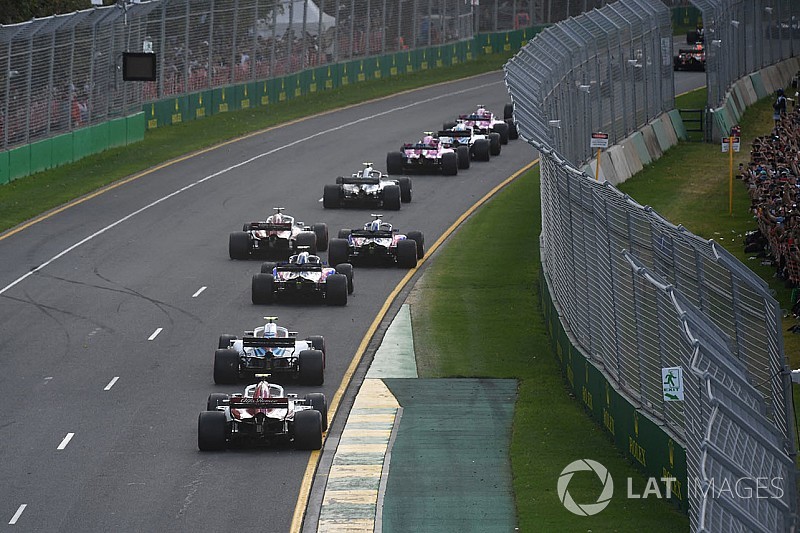 Saturday's meeting of the Formula 1 Technical Working Group failed to come to any firm conclusions over ways to improve overtaking in 2019.

As previously reported, the meeting was called by the FIA's Nikolas Tombazis in part as a response to an Australian GP that saw virtually no overtaking.

A team of engineers under F1 chief technical officer Pat Symonds has been working on concepts for the 2021 package, but in the interim, ways are being sought to increase the amount of overtaking in the interim seasons of 2019 and 2020.

The two main points of discussion today were the potential introduction of a bigger and higher wing flag intended to increase the DRS effect, and changes to the front wing which should to make it easier for drivers to follow the car ahead.

Research has indicated that front wing elements designed to interact with the wake around the front wheels create an air flow that has a negative effect on the following car. The hope is that simplifying the front wing will make it easier for drivers to follow the car ahead.

"There's some proposals going to the teams in the next few days for some things we could potentially do for 2019," Ross Brawn told Sky F1.

"If you look at the front wings we have now, they are massively complex, and the flow regime around the wing is incredibly complex, which makes it very sensitive to the car in front.

"So we simplify the front wings, then arguably you could say that you're going to go back in the right direction. Everything we have done in the last few years has gone in the wrong direction."

However, neither of the ideas generated much support from the teams in Saturday's discussions.

While it was acknowledged that DRS is a relatively easy way to address the problem, the system remains unpopular with fans, and is not liked by Brawn, and there was a debate among the team technical representatives about whether it was the right way to go.

Regarding the front wing, teams felt that it was already too late to start making such a significant changes to the 2019 package, and that in any case more research was needed.

There was also little appetite for a postponement until 2020, which would mean a lot of work being done for an aero package that would be used for just one season, prior to wholesale changes for 2021.

In theory, technical changes for next season have to be rubber-stamped by April 30th.

Intriguingly when the teams were asked to contribute data for future research, the discussion reportedly turned to gardening leave and the recent cases involving FIA employees Marcin Budkowski and Laurent Mekies.

The so-called gentleman's agreement between the teams is also supposed to apply to F1 employees leaving to join teams.

The fact that the subject came up today was further proof that teams are now wary of giving too much information away.

The proposals can still be taken forward to the Strategy Group, and then to the F1 Commission, for eventual ratification by the World Motor Sport Council.