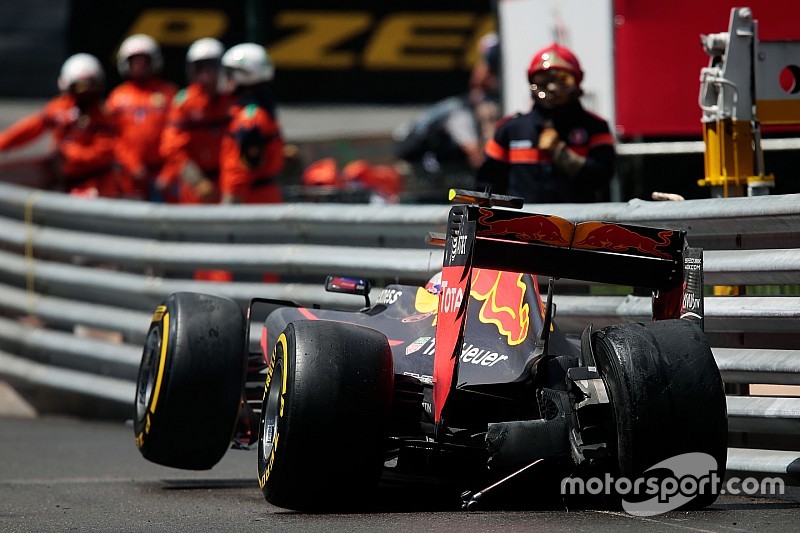 Red Bull says there is no alarm over the disastrous weekend that Max Verstappen had at the Monaco Grand Prix.

Just a fortnight on from his spectacular maiden victory in Spain, Verstappen had a much more difficult time in Monte Carlo after crashing in both qualifying and the race.

The incidents highlighted how little experience the 18-year-old has, but Red Bull boss Christian Horner thinks that such challenging times are all just part of the learning process that the youngster has to go through.

"He had a very strong first half of the race," explained Horner. "He had made some great overtaking moves, and had made good progress to be running in the top ten.

"He was pushing on because basically he saw that [Nico] Rosberg was not that far ahead, and unfortunately the conditions caught him out at the top of the hill. He wasn't the only one today who was caught out.

"It has been a very contrasting weekend for him compared to two weeks ago, but I think it is all part of the learning curve that he is on.

"I think the trajectory that you can see is still extremely impressive, and I think he can only learn. And I doubt you will see him make the same mistakes this time next year."

Horner denied that Verstappen's crashes in Monaco could have been caused by him trying to push extra hard as the result of not having the upgraded engine which Daniel Ricciardo had been handed.

"I don't think it was a major factor in his weekend, no."

He also made it clear that Verstappen had not taken the events of the weekend lightly, but had faith that he would learn from them and improve.

"He was very upset on Saturday about what happened," he said. "He apologised to the team and he is a bright intelligent character.

"He will take on board what happened this weekend and he will definitely move forward and learn from it."