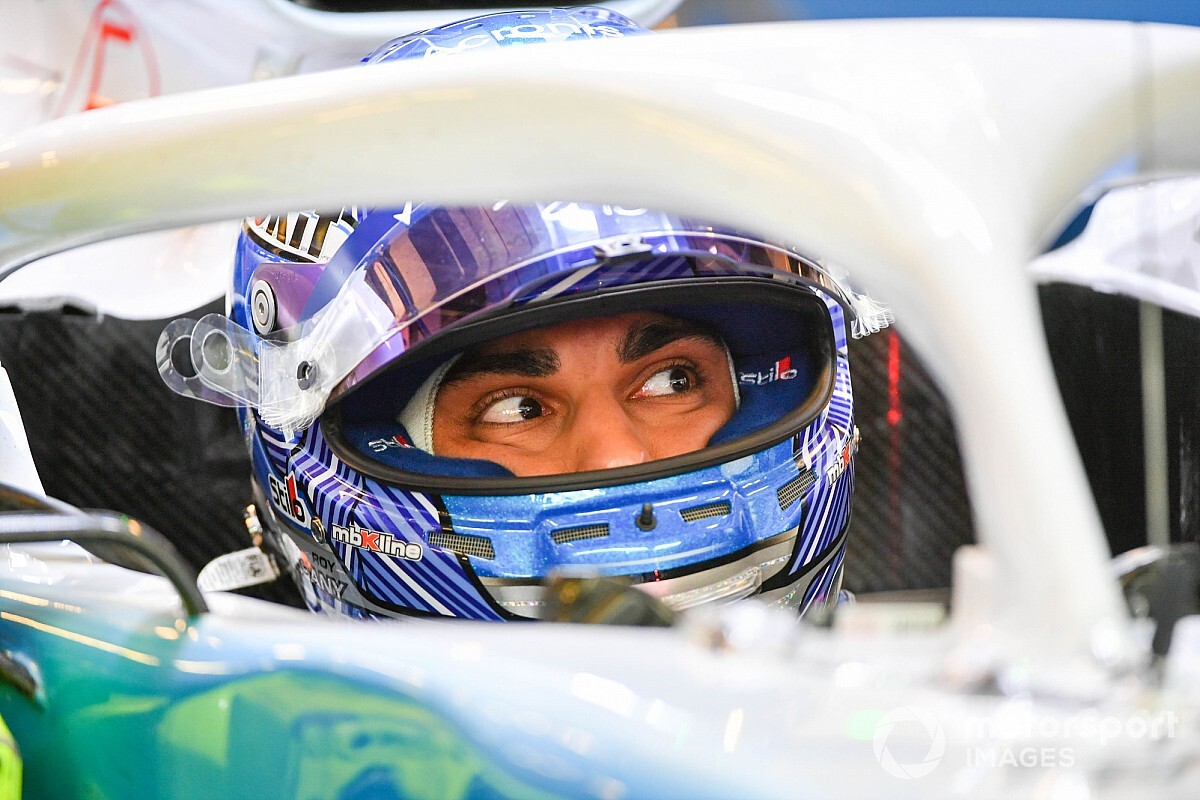 Williams says that Roy Nissany's attitude and strong work ethic were the key factors behind its decision to make him an official test driver this season.

The Grove-based outfit announced in Tel Aviv on Wednesday that Nissany will run in three FP1 sessions this year as part of a new deal it has agreed with him.

But while there are commercial benefits to the deal, with the Williams car carrying the Israel Start-Up logo on the weekends he is running, the team is adamant that boosting its finances was not the key motivating factor for hiring him.

Speaking to selected media in Israel, deputy team principal Claire Williams insisted that it would make no sense for an outfit in its position to hire someone in a test role that it believed could not help deliver the feedback required.

She said that Nissany's willingness to focus on long-run development work during the Abu Dhabi test, rather than go for headline laptimes, and the way he interacted with the engineers, impressed the team.

"We're a team on a journey back to recovery and we've got to have drivers that have the capability to understand what's going on," she said.

"There's no point putting a driver in a car that you think isn't going to do a good job for you, and particularly when you're in the position that we're in.

"So clearly we're only going to take drivers that we know are going to be able to understand what's going in the car, to translate that to help with development and Roy proved that when he did the Abu Dhabi test for us at the end of the year."

While Nissany was slowest overall on both days of last year's Abu Dhabi test, ending up three seconds slower than this teammates, Williams says that the laptimes were irrelevant because of the programme he was on.

"It was all about bringing parts for evaluation, so it wasn't about setting the time sheets on fire," she explained. "It was about doing the work that we asked him to do.

"I think that's to his credit as well because some drivers can get in the car, who have never been in an F1 car before and go: 'Brilliant. This is my opportunity to show the world what I can do.' And then they go and crash it.

"That wasn't the programme, so really the lap times from that time, shouldn't matter, and they don't matter. But what I did see and what I learned from our engineers is that he was incredibly diligent.

"He came and he spent time with the team. He was a real team player who gave it everything that he needed to. He was around and he talked to people.

"That shouldn't be underestimated how important that can be, and particularly in a team and the situation that our team is in, to have those drivers that all of our people look at and can go, 'well they are putting the effort in, so I am going to put my effort in as well.'"

Nissany said he had no hesitation in focusing on the job he was tasked with in Abu Dhabi rather than chasing headline times.

"I mean every race driver wants to see his name as high as they can on the monitor, but putting the wishes aside and putting the priorities in the right order for the long term meant that I focused on every bit of the task, every little task that the team gave me, without extra thoughts," he said.

"And without thinking about where I will be on the monitor, because it has no meaning, and the job was done well."