Big names from the world of motorsport and beyond gathered at St Stephen's Cathedral in Vienna on Wednesday for the funeral of Niki Lauda, who passed away in Zurich last week.

Austrian Hollywood legend and former California governor Arnold Schwarzenegger was among those to speak at the ceremony, along with Alain Prost, Gerhard Berger and Austrian president Alexander Van der Bellen.

Among the many current and ex-F1 drivers present were Jackie Stewart, Nigel Mansell, David Coulthard, Mark Webber, Alex Wurz, Nico Rosberg, George Russell and Arturo Merzario – one of the men who pulled Lauda from his burning Ferrari at the Nurburgring in 1976.

There was also a wreath from the Schumacher family. 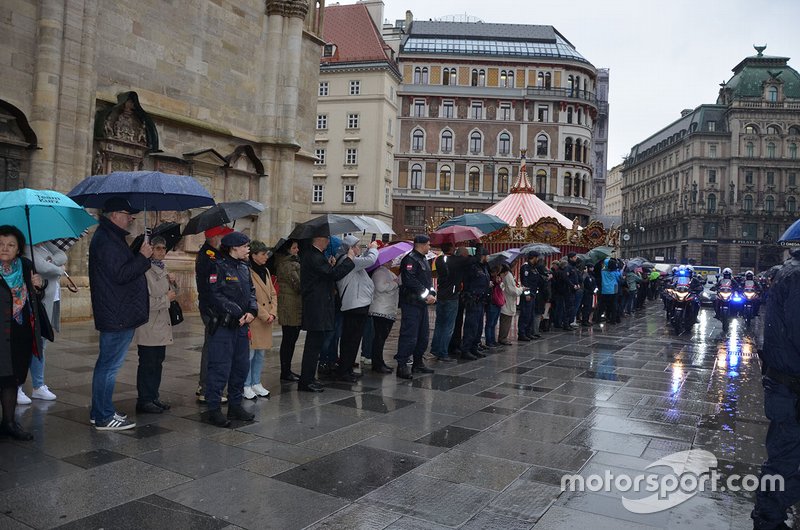 The political manoeuvring behind F1's return to British GP normality

OPINION: Formula 1 heads back to Silverstone this weekend for the 2021 British Grand Prix, where a full-capacity crowd will return after a painful absence in the initial stages of the COVID-19 pandemic last year. Here’s how the pieces that permitted a part of returning ‘normal’ life were arranged.