Nico Hulkenberg has emerged as a serious contender to replace Mick Schumacher at the Haas Formula 1 team in 2023.

While there has yet to be official confirmation that Schumacher won’t be retained, team boss Gunther Steiner has been actively talking to other candidates in recent weeks.

Antonio Giovinazzi, who drove for the team in FP1 in Monza last weekend, has been high in the list for some time.

He’s the favoured choice of engine partner Ferrari, although Steiner says that the Italian marque has no say in the matter and can only offer suggestions.

Hulkenberg, who competed in the first two races of the season as reserve driver for Aston Martin, is also on the list of candidates for Alpine.

The German raced for the Enstone team in 2017 and 2018, and is well known to team principal Otmar Szafnauer from his Force India and Racing Point days. However, sources suggest that F2 star Jack Doohan is edging closer to the Alpine drive.

Steiner conceded that Hulkenberg is a candidate for Haas but insisted that he is one of many drivers who are still under consideration.

“Everybody with a superlicence is on the list,” he told Motorsport.com. "I think he's a candidate like all the other ones, because he's got a superlicence, he has done F1, he has experience.

“I mean, there is nobody who is racing now that you could get if you wanted to change. We just have to see what is the best decision.” 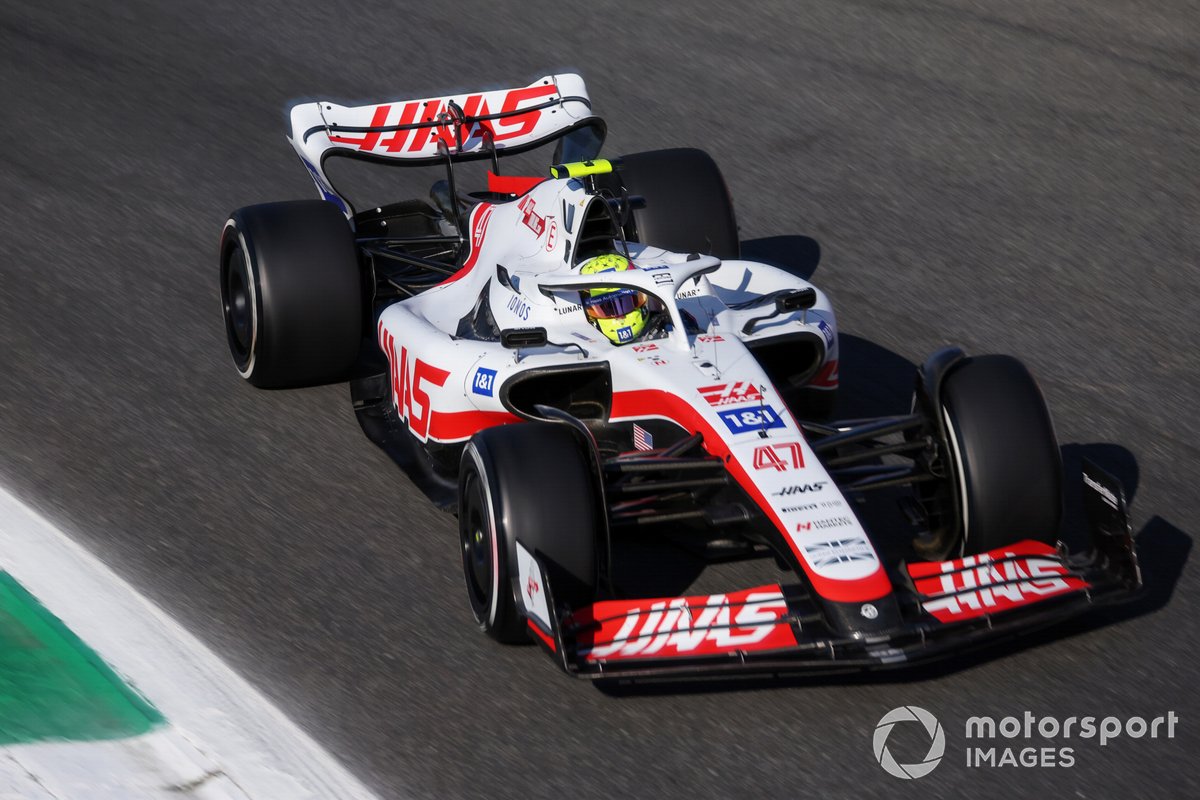 Giovinazzi did his cause no harm by putting in good performance in FP1 at Monza, having warmed up by driving last year’s Ferrari at Fiorano a few days earlier.

He finished the session just 0.3s shy of regular driver Kevin Magnussen despite a mistake on his best lap.

Giovinazzi will have another FP1 run n Austin, but Steiner continues to downplay the significance of his sessions, confirming that they were agreed as a favour to Ferrari team boss Mattia Binotto, who wanted his reserve to get some mileage.

“People think too deep into it,” said Steiner of Giovinazzi. “It was more that Ferrari asked us to run their reserve driver, it was not 'now we need to test him and take a conclusion out of this.’

"He did a very good job coming in, he has never driven this regulation car. He was on the on the ball immediately, he was very good.

"It's good to see that the car is good, because if somebody who hasn't been in the car for a year does these times, the car cannot be too bad.”

Giovinazzi has made it clear that he wants to return to the grid in 2023.

"We saw that this year we had a really silly season with the driver market and everything, and I don't know what it will be,” said the Italian.

"I want to be here next year for sure, it's not a secret, but it's not in my hands. So let's see what we can do, and for now I focus on doing a great job in these two sessions. One is over, now we have another one."

Haas reserve Pietro Fittipaldi remains another candidate for the 2023 seat, with some sources indicating that he might be attached to a sponsorship deal.

The team has not yet used either of its rookie FP1 sessions, and the Brazilian – who started the final two races of the 2020 season – remains qualified to do them, and is the team’s current choice for the job.