Yet another attempt to bring the New York skyline to Formula One has emerged. 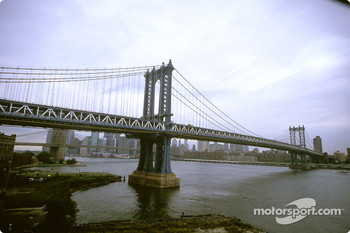 The Wall Street Journal reports that the mayors of New Jersey townships Weehawken and West New York have revealed talks with private investors to put together a street race by 2013.

"In these uncertain economic times when every direct and indirect revenue source is vital, our own Formula One race could be a very positive boost to our citizens," mayors Richard Turner and Felix Roque said in a joint statement.

"This said, we need to ensure that the financial benefits from the privilege of having these races in our towns are equitably shared and that no tax dollars are used. The investor group has already told us that our towns would be substantially compensated annually," they added.

A spokesman for New Jersey governor Chris Christie said the mayors have held preliminary talks about the proposal.

"The prospect of having Formula One come to New Jersey is exciting," he said.

Austin is scheduled to host its inaugural US grand prix on a purpose-built circuit next year.

The Wall Street Journal said Bernie Ecclestone could not be reached for comment.

How close is F1 fuel to road car fuel?