Formula 1 should brace itself for a 'messy' start to the season at the Australian Grand Prix thanks to new radio and start rules, reckons Sergio Perez. 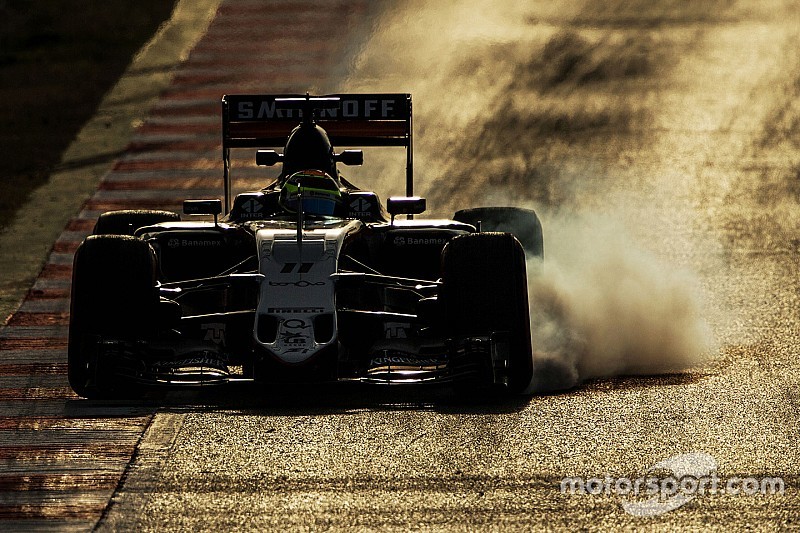 The FIA is getting tougher on driver aids this season – and two areas that are changing are that there are more restrictions on team radio, plus much less assistance with race starts.

Ally those tweaks with it being the first race back after a long winter, plus a tricky first corner at Albert Park, and Perez said on Tuesday that the scene is set for potential thrills.

“Definitely Turn 1 here can be a bit more adrenaline [packed] than any other race throughout the year,” he said during a media event at a funfair in Melbourne.

“I think getting here – with all the new regulations we have with the clutch, etc – it can create a bit of a mess during the race as well, not only the start.

“So it will be very interesting race as well, also with the new qualifying format. So it can vary a couple of things during the race.”

Perez believes that over time drivers and teams will get used to the new restrictions in place, but reckons there is scope for more errors in Melbourne.

“As a driver you can get it wrong if you are not fully focused and aware of what you are doing,” he said about the new radio restrictions.

“I expect you have the best drivers in the world, so I rarely think there will be a problem with that. But I think the first race can be an adventure for the drivers, for all of us, but after that it will be a straightforward race.”

When asked by Motorsport.com about the new start procedures, he said: “We have been practising with it.

“But I think after the first race everything will be straight to normal.”

He is equally sceptical that over the long term the new start rules will manage to shuffle things up away from the grid.

“I think it will be similar to the past where if you get the right position with the clutch that will be the biggest advantage rather than the driver manipulating the clutch.

"But we will see on Sunday how it goes for everyone – as it will be totally new for all of us.”

Perez also said he found it strange that F1 had gone ahead with changes to qualifying, despite drivers having recently expressed their unhappiness about it in a meeting with the FIA.

“So in a way it was a bit strange, but we just have to get on with it – as do all the teams. And I am sure it will be quite normal after the first qualifying what we do.”