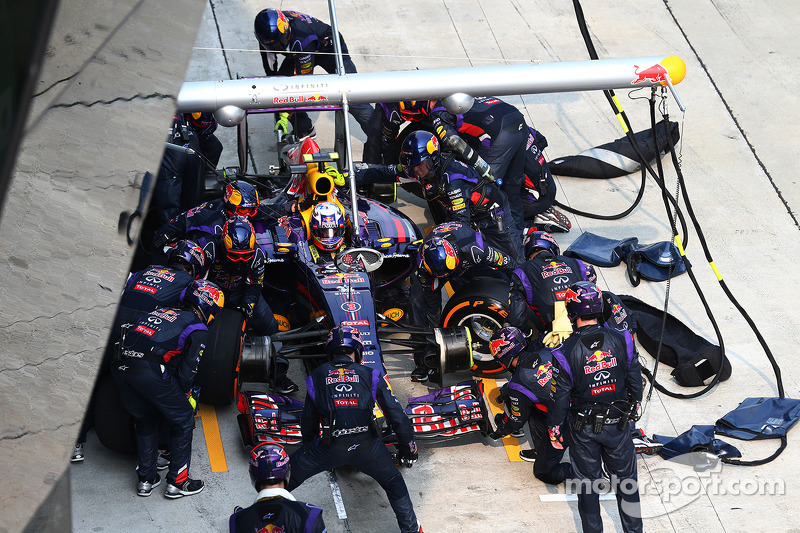 "The new rule was introduced at the request of the teams" - FIA.

Last year in Malaysia, Mark Webber entered the pitlane, had all four wheels changed and reached the pit exit in the space of 20 seconds.

The main change since 2013 is that pitstop incidents are now penalised more severely.

In Malaysia this year, for instance, when Red Bull released Daniel Ricciardo with a wheel not attached securely, the Australian had to serve a ten-second stop and go penalty.

He will also start ten places down the Bahrain grid this weekend.

"I think it's unfair to be punished twice," Dr Helmut Marko is quoted as saying.

But an FIA source hit back: "The new rule was introduced at the request of the teams."

Ron Meadows, the Mercedes team manager, said the rule has had the effect of slowing down the pitstops because a mistake "hurts you for two races".

"In a situation like ours, it is better to be on the safe side and do a pitstop that's one second slower," he explained.