Mercedes team boss Toto Wolff says new manufacturers should not be given a free pass to guaranteed success in Formula 1 as talks continue about future engine rules.

F1 chiefs and the FIA are in detailed discussions with grand prix racing’s current manufacturers about new power unit regulations from 2026.

While the sport plans to keep the turbo hybrid concept, it is likely that the complicated and expensive MGU-H will be abandoned to prevent it acting as a deterrent to new entrants.

But while the Volkswagen Group is favourite to make the jump in to F1, there still remain some outstanding issues that divide the current car makers and those outside.

As previously reported, Porsche, part of the Volkswagen Group, has stated that factors required for the manufacturer to join F1 are "coming true", but it cannot "wait too long" to make its final decision.

The idea of giving new entrants a helping hand by not being restricted in budget or development limits has not received universal support.

Plus there is disagreement over whether Red Bull should be classified as a new manufacturer amid its plans to take over the Honda engine project. 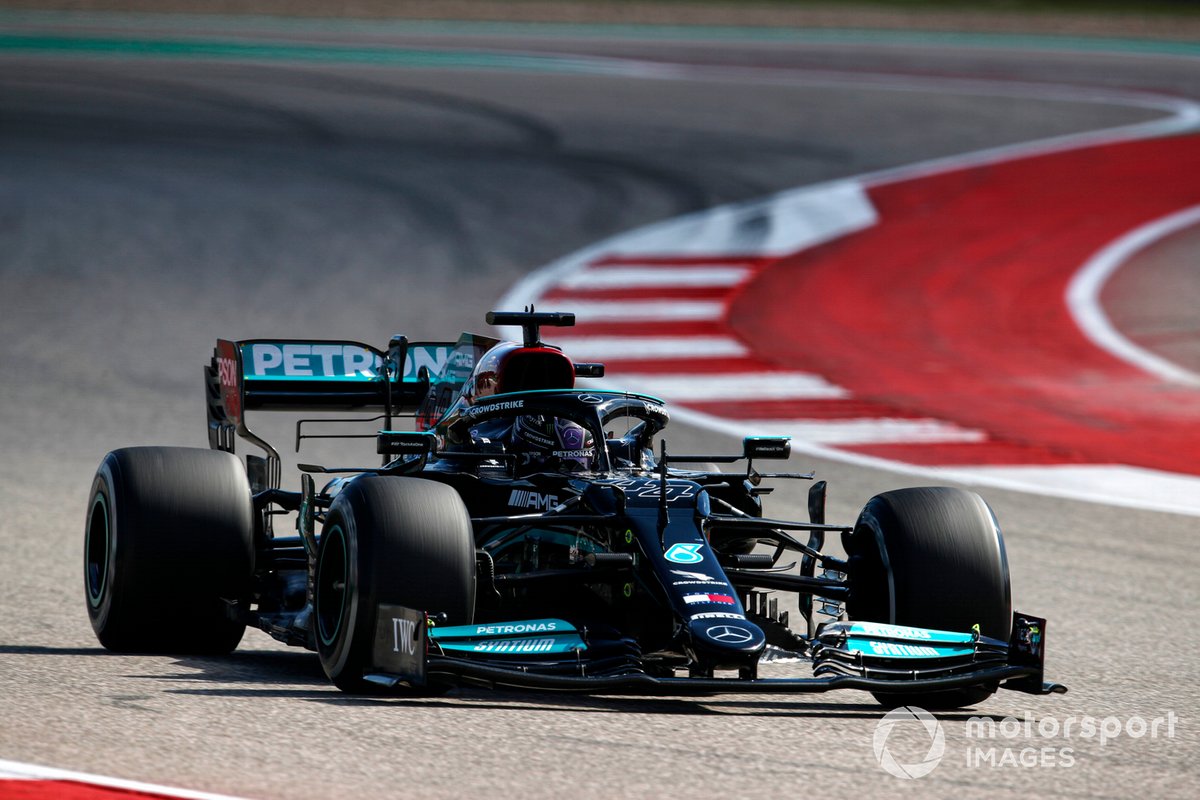 While current teams like Mercedes are willing to make concessions to get new car makers on board, Wolff is clear that there are limits as to how much accommodation should be given.

And he is adamant that, while some help should be offered to ensure newcomers are not consigned to poor performance, he thinks it essential that success in F1 is hard earned and not a given.

“I think it's great that we have strong OEMs that are showing an interest in coming to the sport,” he said. “Obviously, none of these major car companies wants to come in and face a situation that they are highly uncompetitive, and therefore we need to have systems in place that mitigate those very big risks.

“But, on the other side, F1 is the Champions’ League, and nobody can expect to enter the Champions' League for the first time and be straight into the final and go home with the big trophy.

“We've been there since a long time, we've invested lots of money, sweat and blood and terrible results in order to get us where we are.

“Look at Mercedes' history in the first three years of this being a works team. Look at the terrible Honda years that they faced, or the Renault days. All of us had to fight his way up to eventually win races and championships. So it's a fine balance that we need to get right to attract newcomers as power unit manufacturers.”

Wolff believes that the mistake previous manufacturers who quit F1 have made is in not giving their projects enough time to be successful.

“I think everybody recognises that you cannot just come and conquer, but you need to give it time,” he explained. “And that is what in the past many OEMs have just misunderstood.

“When you look at Toyota, Honda and BMW as near past experiences, all the money, all the resource is irrelevant if you don't give the project enough time.

“I think everybody who joins F1 as a team or as a power unit manufacturer needs to understand this. It needs time. And that makes the sport so attractive: that it is just not easy to win.”