New Formula 1 CEO Chase Carey says the reason behind Liberty Media introducing a new management structure to the sport is that it has not grown as much as it should have in the past five years. 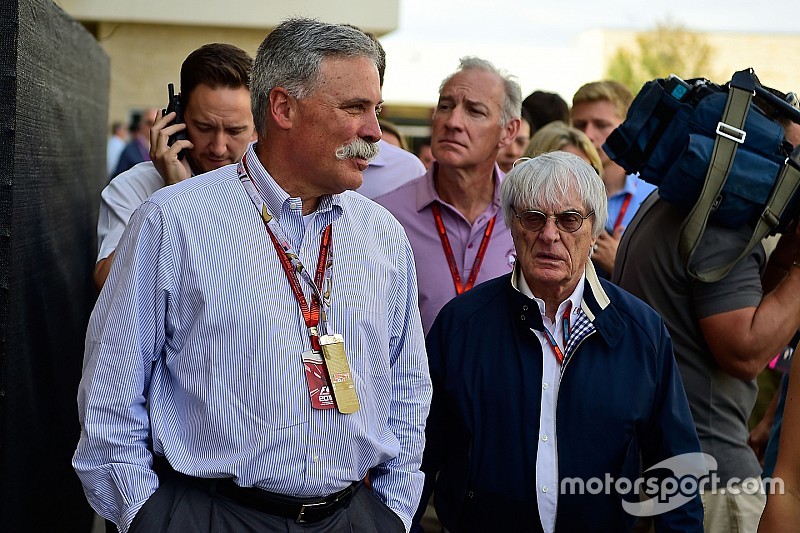 Carey has replaced Bernie Ecclestone, while Ross Brawn and former ESPN man Sean Bratches have been brought in with sporting and commercial roles respectively.

His clear implication that Liberty believes Ecclestone could have done a better job gives an intriguing insight into why his predecessor has been sidelined.

“And that we needed to put a new organisation in place to be able to grow the sport in today’s world in the way it needs to grow, and in some ways work with the partners we have in the business to make sure we can make the sport everything it can and should be for its fans.

“I think both Sean and Ross will have critically important roles in developing the sport overall. Ross brings decades-long experience of incredible success in the sport.

"I think from Ross’s perspective what we want to do is make sure we make the sport on the track everything it can and should be, as exciting as possible for its fans, as energising as it can be for its fans.”

Carey is convinced that his new team can make a difference for F1: “We think there are things we can do. It’s a great sport today.

"The drivers are iconic stars, it has cars that combine power and technology in a way that truly amazes people, a brand that has fans around the world. It is a great sport with great tools, but we need to continue to improve the sport on the track.

“And Ross understands as much as anybody how the sport works, what are the ins and outs of the sport. So for Ross his real focus is how do we make the sport on the track everything it can and should be.

“I’m excited about the future. There’s a lot that we want to do, and we’re looking forward to getting on with it.”

Ecclestone will find it "difficult" to adjust

Having been given the title of 'Chairman Emeritus', Ecclestone is to have no hands-on involvement in the running of F1, although Carey is hopeful the 86-year-old will remain available to provide insight and advice.

Asked if he felt Ecclestone would find it hard to adjust to the new structure, Carey said: "For sure. Bernie has run this business for the majority of his adult life, when he’s run it for the period he’s run it.

"I certainly understand that change is going to be difficult for him, and create challenges for him. Hopefully we’ll find a way that will continue to be rewarding for him. I want him to feel good about it.

“He’ll always be part of the F1 family, he’ll always be welcome, and I want to try and make this something that he can continue to feel part of. But it’s a big change for him, and I understand that.”

Carey added: "Let me be clear, that respect [for Ecclestone] was sincere. Bernie deserves enormous credit for the business that’s been built over the last number of decades, and realistically it just got sold for $8bn, so the ultimate proof in the value he created is there for all to see.

“He has unique insights into the business, he understands it probably better than anybody else, and I think his advice will be invaluable. He’s been helpful to me to date, I look forward to his advice as we go forward.”