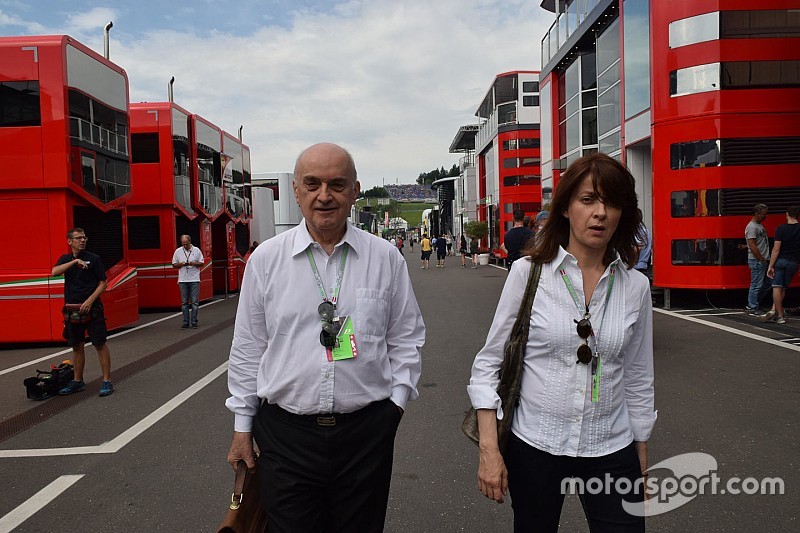 Serbian Zoran Stefanovic, who famously hoped to get his Stefan GP team on the grid back in 2010, has revealed plans for a fresh attempt to get into Formula 1 after meeting Ross Brawn in Austria this weekend.

Stefanovic worked hard back in 2010 to get an entry, and even got as far as securing a deal to run revamped Toyota chassis and announcing driver Kazuki Nakajima.

However, despite having claimed to have completed the cars, the project had to be canned because he did not get an FIA entry.

But amid recent rumours that a number of outfits – as well as the much talked about China F1 Racing Team – were looking at moving to F1, Stefanovic has now gone public that he is attempting to launch an Italy-based operation.

He has set up facilities in Parma and hired former Williams and Ferrari man Enrique Scalabroni to start putting together the technical aspects of the outfit, having already reached agreement to use a wind tunnel facility.

Speaking exclusively to Motorsport.com about his plans, Stefanovic said: "I am here to meet Ross Brawn because I am setting up an F1 team based in Italy.

"Before coming to Austria I've put together some very important agreements: I defined that it will be based in Parma, which is located a reasonable distance from the wind tunnel. I've also signed a contract with a specialist in aerodynamics to help work on the project."

Stefanovic hopes to spend the next 12 months putting the team together before setting his sights securing an entry for 2019, should the FIA open the tender for a new slot on the grid.

FIA president Jean Todt made been clear that the entries will only be opened up if he feels there are serious candidates ready to fill the places.

"When we feel it is time we will be able to make a tender," Todt said last month.

"At the moment we have ten teams and the idea is to have up to 12 teams. So we have an opportunity, if we have one or two strong newcomers it could be possible."

Underused soft could mean step into unknown in Austrian GP

Ocon promises to be "more careful" with Perez