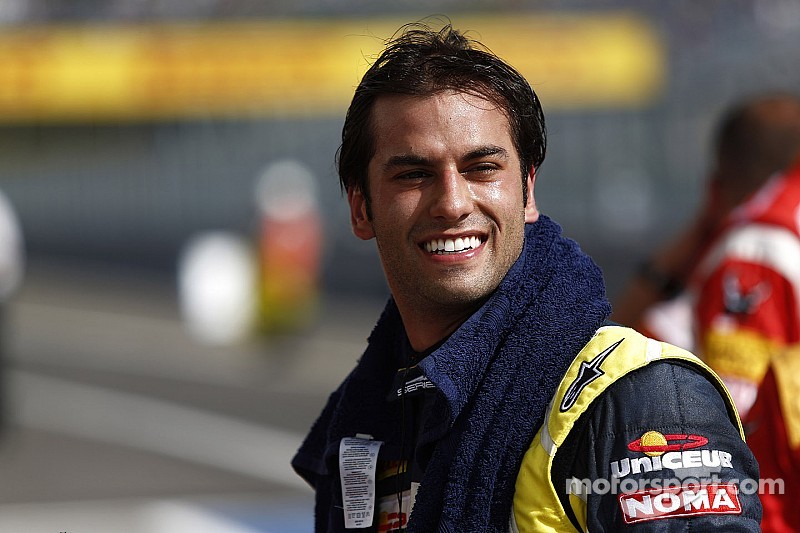 Felipe Nasr has set his sights on a 2015 race debut in Formula One.

The Brazilian, whose name rhymes with that of his countryman and Williams stablemate Felipe Massa, is the Grove squad's official reserve driver in 2014 and a frontrunner in the GP2 series.

Significantly backed by Banco do Brasil, the 21-year-old says his management has already opened negotiations for a F1 race seat in 2015.

"Conversations have begun already," he told Brazil's Sportv. "My management is looking around.

Force India is difficult, but I think Sauber is possible.

"I think I would not accept it," he revealed. "It's almost like racing in GP2. In fact I think it would be better to continue in GP2 because you're not burning yourself in F1.

"I'm not saying I want a great team, but a midfield one that gives me a position to fight for the points would be fantastic. I think it's possible," Nasr added.

He said stepping up at his current F1 employer, Williams, is unlikely.

"It's hard to get a place at Williams because the two drivers (Massa and Valtteri Bottas) have done a good job and the team will not want to change that.

"I will keep up with all of the teams and see what happens.

"Williams has given me a very good background on what to expect in F1. I participate in all of the meetings and I'm always on the team radio," said Nasr.