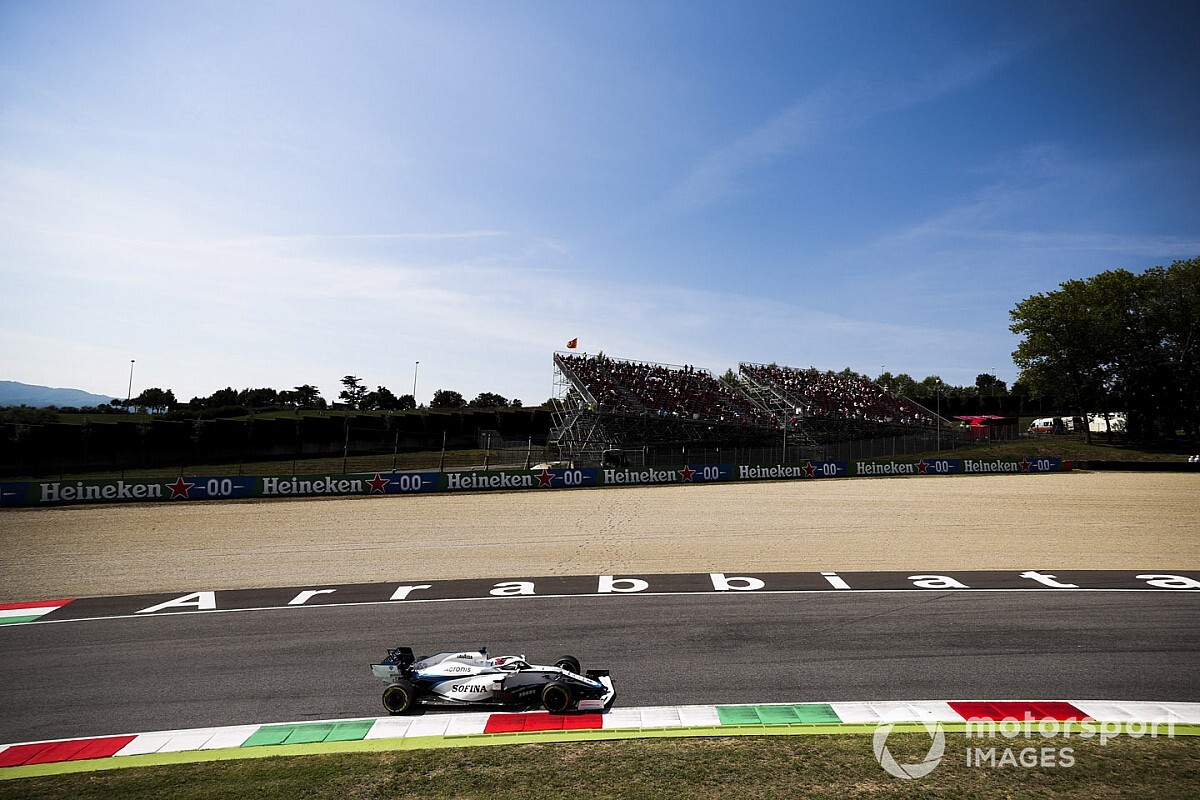 FIA Formula 1 race director Michael Masi says that the gravel trap solution to track limits seen at Mugello cannot be applied at all circuits, despite finding favour with drivers.

Unlike many modern venues, Mugello has gravel traps lining much of the circuit, to the extent that in his race directors’ notes issued to teams, Masi formally noted that “track limits at the exit of Turns 3, 5, 9, 11 and 15 will not be monitored as the defining limit at each of these locations is the gravel trap.”

The subject of run-off areas and track limits has become a regular hot topic in F1 drivers’ briefings this year.

At the Belgian GP, Carlos Sainz suggested that the balance of risk and reward was wrong after artificial grass was removed from the edge of the track to help Spa earn an FIM licence.

As a result there was even less of a penalty than previously for any F1 drivers who ran wide.

Sainz was one of many F1 drivers who preferred the gravel arrangement at Mugello over asphalt run-off areas.

“I think it's great to see the gravel traps back,” said the Spaniard. “And it's probably going to give the FIA some confidence that these kind of run-off areas work to protect from track limits and all those issues that we're having in other tracks, so it was nice to see.”

However, when asked if gravel traps could be used more widely, Masi stressed that it wasn’t possible.

“No, we can't not have them everywhere,” said the Australian. “It's not a one size fits all, as I've said this multiple times. We need to come up with the appropriate solutions with each of the circuit owners and operators.

“And we'll continue working through that. We've already discussed it with the drivers. So I think it's a bit much to ask. It's not the solution everywhere, let's put it that way.”

GPDA director Sebastian Vettel suggested that one possible option could be a strip of gravel between the track and an asphalt run-off.

“I think as a driver you prefer the fact that if you go off, it gets penalised,” said the Ferrari driver.

“I think it makes things a lot more straightforward. But I think you have to balance also the gravel against the asphalt in terms of if things go wrong.

“Maybe we can have an intermediate solution where you have a gravel strip initially, and therefore there is no point to go wide, and after that have asphalt for the benefit of having less run-off, bring the spectators closer to the track, and make it safer for us, so the cars slow down if you lose control or whatever.

“It’s not an easy one, but for sure with all the asphalt around in some tracks, it does take away the character and make it a bit too easy to make mistakes.”

The bust and boom that will start Ferrari's second F1 millennium