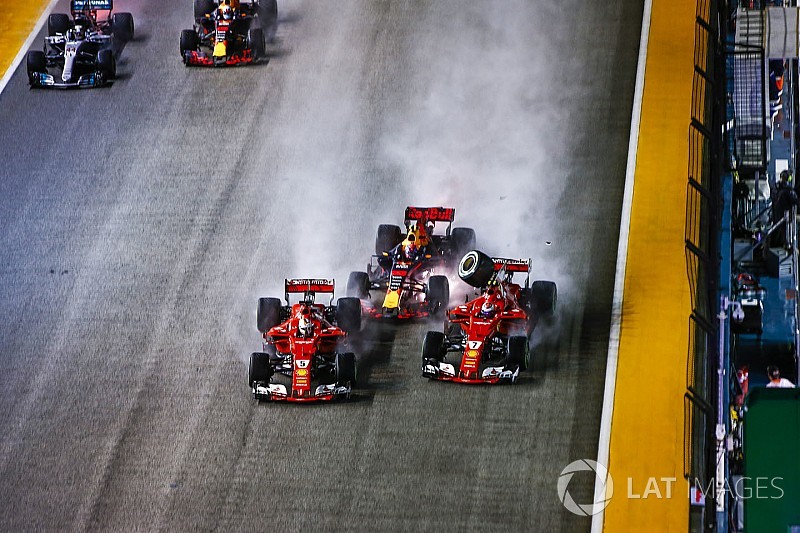 After a wild Singapore Grand Prix, here is today's news blast to get you up-to-date on what's been making the motorsport headlines over the past 24 hours.

Verstappen was pinched between the Ferraris of Vettel and Kimi Raikkonen on the run to the first corner, causing all three cars to collide and resulting in a secondary incident that also collected Fernando Alonso.

When asked by TV crews who was to blame for the crash, Verstappen said: “Mainly Sebastian. He started squeezing me, maybe he didn’t see Kimi on the left. That’s not an excuse – if you’re fighting for the world championship, you shouldn’t take those risks to squeeze someone that much.

“What does he expect? When you’re fighting for a world championship, you shouldn’t do that. It was not very clever.” 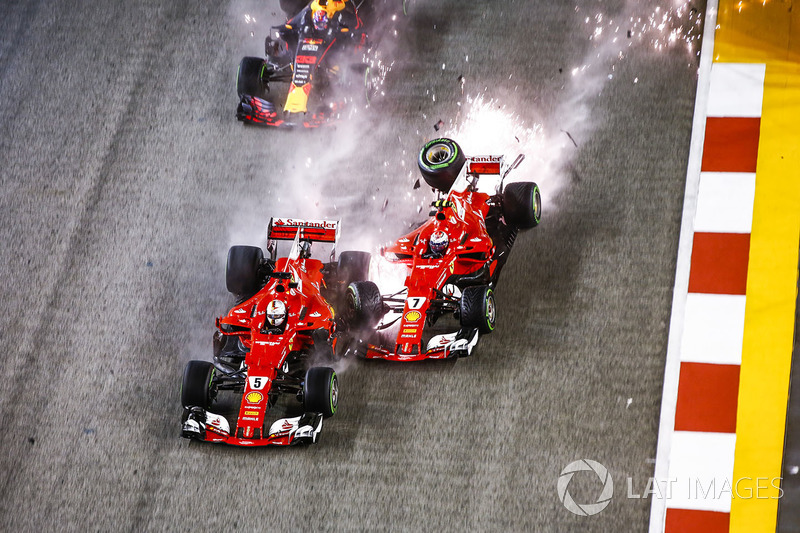 Ferrari duo and Verstappen cleared by FIA over start accident

The FIA opted to take no further action following the opening-lap collision between Ferrari drivers Vettel and Raikkonen and the Red Bull of Verstappen.

Vettel, Verstappen and Raikkonen were going three-wide for the lead of the race on approach to Turn 1 when the Red Bull driver was squeezed between the two Ferraris, eventually making contact with Raikkonen on his left.

The Finn spun, his Ferrari hitting that of his teammate Sebastian Vettel and then collecting Verstappen and the bystander McLaren of Fernando Alonso at Turn 1. 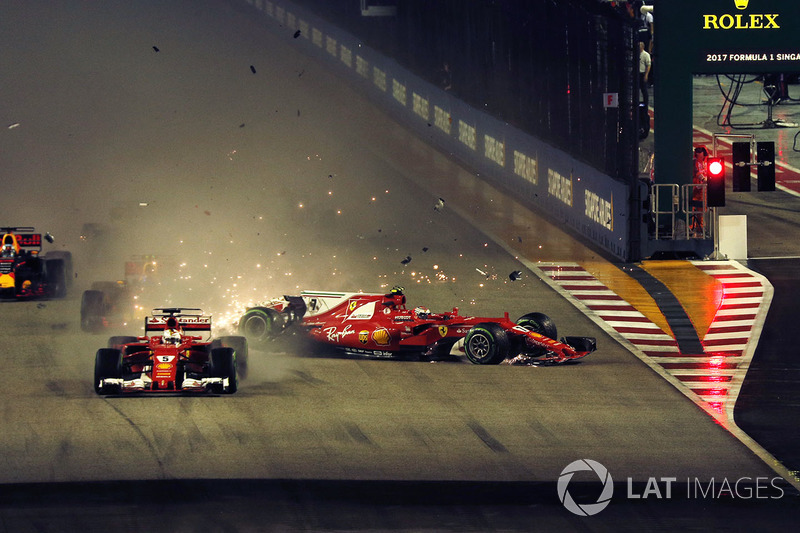 Vettel says he does not know what happened in the start crash involving both Ferraris, Verstappen and Alonso.

Vettel, who was on the outside and moved over to cover the inside line as Verstappen and Raikkonen approached on his left, said it was not clear what had happened.

"I don't know, I didn't see that much," Vettel told TV crews when asked to describe the accident. "I had an average start and then went to the left trying to fend off Max and the next thing I get a bump on the side and see Kimi's car.

"That's how this business is, and we'll move on. It doesn't change much." 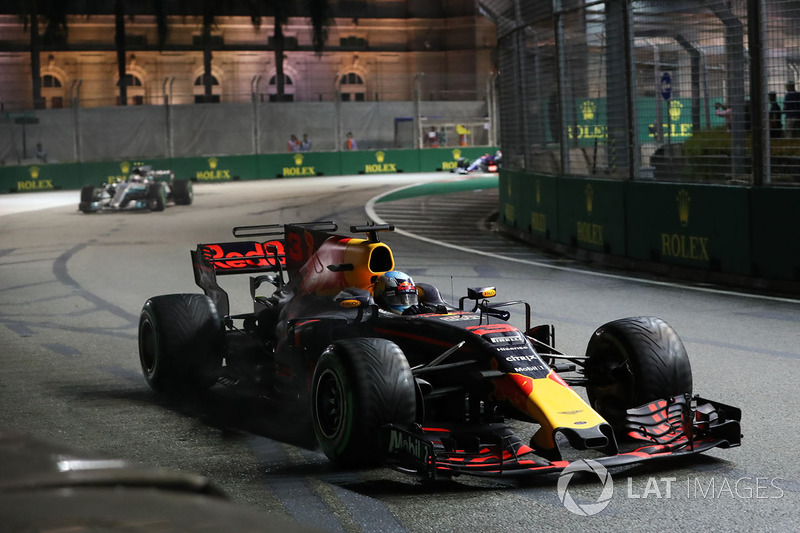 While the Red Bull RB13 had looked considerably the quicker car compared to the Mercedes W08 for most of the Singapore weekend, Ricciardo couldn't mount a victory challenge to Lewis Hamilton and was forced to settle for second place.

Horner revealed after the race that the Australian driver was held back by having to manage a gearbox issue the team had discovered early on.

“Even before the first safety car, we could see were losing an awful lot of oil pressure in the gearbox," said Horner. "So we were thinking, ‘crikey, this is only going to go to half-distance'.

“So Daniel had instructions to start managing that, and he had to sacrifice laptime from doing that. He did that incredibly well, and managed to nurse the car home for almost another hour and a half.”

Behind the scenes as Ferrari dominated Singapore qualifying

That’s it for today’s Motorsport Debrief, we’ll be back again tomorrow.