It's time for the second part of Motorsport.com's annual countdown of the best drivers in Formula 1. Read on to find out who grabs our coveted top spot.

JN: Gutted to have missed out on the Red Bull seat instead of Max Verstappen, Carlos Sainz simply stepped up his game – delivering stellar performance that could have included a podium finish in Monaco. Deserves a better car in 2017.

PE: It is always difficult to notice drivers who are not fighting for the top positions, but Sainz had a great season in terms of his own performance, flattering a Toro Rosso that struggled on the straights of every circuit all year long. He deserved better results than what his car was capable of, something he will be hoping changes in 2017.

GN: That Sainz hasn’t managed to land in a top team seat for 2017 is not surprising, given the way the market was quickly locked up - but team managers know his value. Unlike Kvyat, Sainz never looked defeated after Verstappen's promotion to Red Bull, although he too probably knows the doors are now locked for a while. A very safe benchmark for the mid-grid. 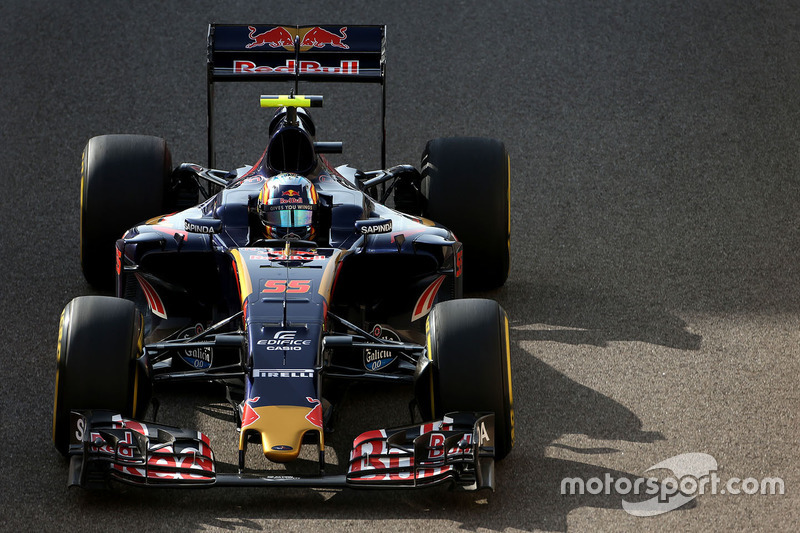 OK: His last four races were not so impressive, but it's pointless to discuss what would have happened if Lewis didn't have all the problems he had during the course of the season. At the end of the day, Rosberg did everything he needed to in order to win the title, and we definitely saw the best-ever form from the German this year. A worthy champion without a doubt.

AVL: The crucial part of the season for Rosberg was not falling apart when Hamilton roared back into title contention mid-season. That run from Belgium through to Japan was impressive, as was his pressure-absorbing drive in Abu Dhabi to seal the title. Hamilton may have got a little unlucky in 2016, but that’s not to say Rosberg doesn’t deserve to be World Champion. It was just his year.

JN: He did everything he needed to do over the season for his best campaign, but he even admitted the ‘real Rosberg’ wasn’t on display in the final races as the pressure of the title chase got to him. In the end, that’s what drove him to quit.

PE: There is no point arguing whether Rosberg deserved the title or not. He is the champion, and a worthy one at that. The German seized every one of the chances given to him and was stronger than Hamilton in some races, like the European GP. Having said that, you could be tempted to think that at least four other drivers would have taken the title had they been in Rosberg's situation.

VK: The dominance of the Mercedes W07 ensured Rosberg would win a fair few races, but also left him as the fans' only hope against another Hamilton landslide, with nowhere to hide on weekends where he couldn't run with his mega-talented teammate. But the hybrid-era stats as a whole do suggest he's earned his stripes as a champion. 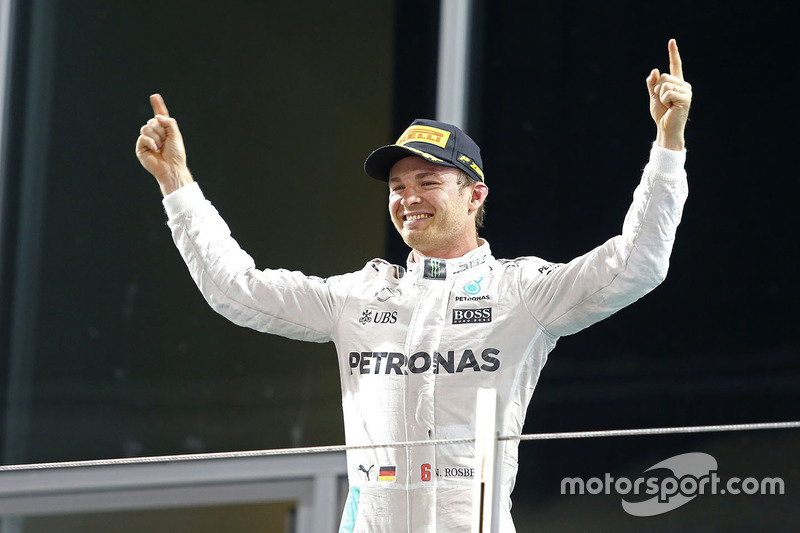 AVL: One thing never changes: at his best, Hamilton is devastatingly fast. His conspiracy theories may be wide of the mark, but there is little doubt he copped the wrong end of the pineapple in terms of mechanical blunders this season. In an era of reliability, he can consider himself a little unlucky to win 10 races but still miss out on the title.

VK: There is no great injustice in Hamilton losing the F1 title in 2016 – poor reliability was not the only reason why he came up short, and his tendency to often go against a team that helped ensure he wouldn't remain a 2008 one-hit-wonder is frustrating. But he remains exceptionally fast, and 2016, title or no title, will have only bolstered his status as one of F1's all-time greatest.

JN: The engine failure in Malaysia ultimately proved costly for the championship, but there were driving mistakes – race starts and Baku qualifying – that hurt his title campaign just as much.

EJ: Lewis had a lot of bad luck this year but still managed to stay in the title fight until the very end, which is just a testament to his sheer speed and amazing mental strength. He didn’t win the title, but he did collect the most victories and the most pole positions in 2016, which kept him on course for becoming one of the greatest Formula 1 drivers of all-time.

GN: Confident in his speed and ability, Hamilton knows where he has to improve to take the edge next season and keep some margin in case of DNFs or bad luck: starting procedures and qualifying. Too often, he was matched or beaten by his teammate in these aspects this year. As well as his mechanical troubles, that lack of a cushion made the difference at the end of the championship. 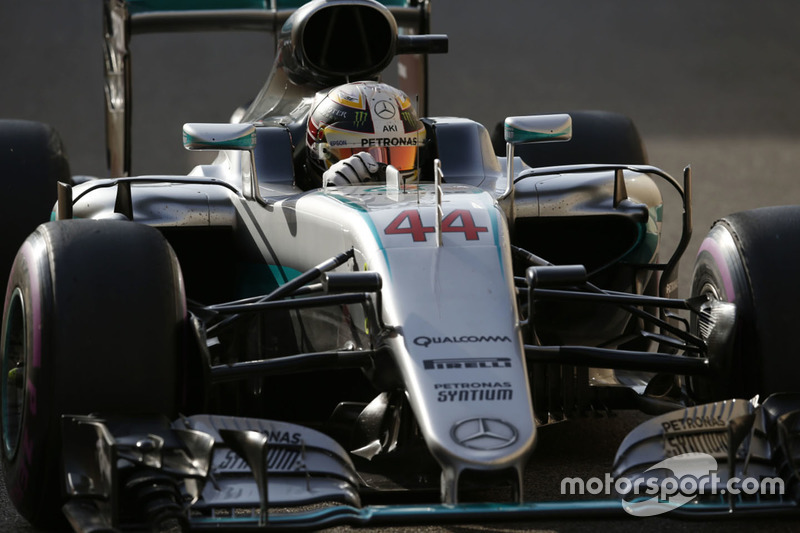 VK: Amid a dreary, distinctly underwhelming F1 season, Verstappen was the series' greatest entertainer, for better or for worse. His inconsistency was frustrating, but the speed and skill made up for it – and his three-year meteoric rise from karting driver to F1 superstar continues to mystify.

EJ: Max was the reason most of the races this year were exciting to watch, whether it be brilliant overtakes, hard defending or the fact he wasn't afraid to take on the established names in the sport. His first victory in Spain and incredible wet-weather drive in Brazil were the highlights of the season for me - and for, no doubt, plenty of other Dutch people.

JN: On his day in another league, but equally still does not quite have the consistency to deliver like that all the time – but that will come! Still by far the most exciting driver out there.

PE: Verstappen is the best thing to have happened to Formula 1 this year, ruffling some feathers on the way to becoming one of the sport's biggest stars. He may have made more mistakes than some of his rivals, but he has also given the fans the most memorable moments of the year. His Brazilian GP drive alone earns him first place on my list.

AVL: His natural ability is undeniable. And his apolitical, ‘not here to make friends’ attitude is refreshing. He grabbed the Red Bull opportunity with both hands, and not just in Barcelona. And he’s forced the more experienced Ricciardo to get better. Impressive season. 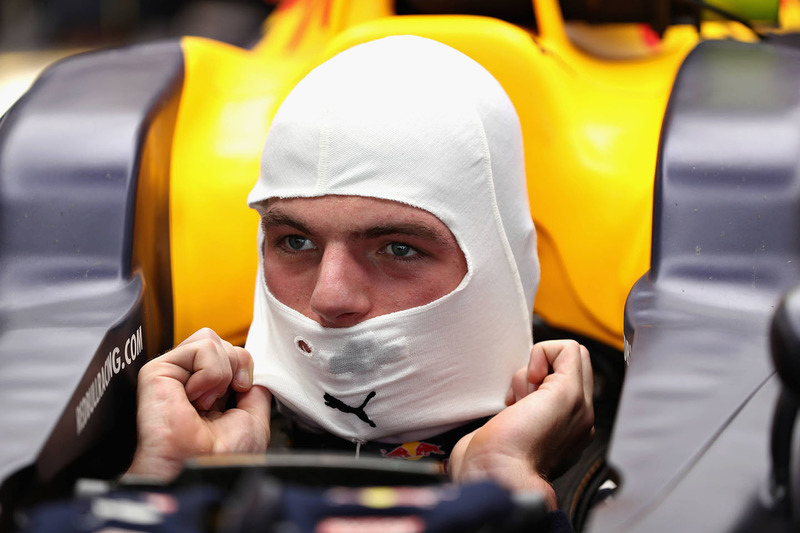 JN: A truly brilliant season where he lifted his game superbly after Max Verstappen’s arrival. His Q3 lap in Barcelona was qualifying performance of the season. Lost Spain and Monaco wins through no fault of his own, and although there were days when Verstappen got the attention, Ricciardo’s consistency all year stood out.

JK: Ricciardo ended up with one (slightly fortuitous) win as the result of Hamilton's engine woes in Malaysia, but it so easily could have been four - besides Spain and Monaco, less than half a second stood between him and victory in Singapore. If there was any doubt remaining that the easy-going Aussie is a bona fide champion-in-waiting, there should be no longer.

GN: The pairing with Verstappen was the confrontation needed for us to be reminded that Ricciardo is an ace just waiting for the right car to fight for victories and become a title contender. He not only resisted the newcomer with authority, but welcomed the challenge. By ending “best of the rest” behind the Mercedes drivers for the second time in the hybrid era, he reaffirmed his superstar status.

VK: If 2014 was strong evidence of Ricciardo being firmly among F1's elite, 2016 is basically confirmation of the fact. Extremely cool under pressure, both in delivering over one lap and in banking strong results, the Aussie is long overdue a go with championship-calibre machinery.

OK: Fast, reliable, a great overtaker: Ricciardo is the complete top driver. It's hard to remember when his last significant mistake was. If there's a sniff of a chance for him to go for the title next year, he'll undoubtedly grab it with both hands. 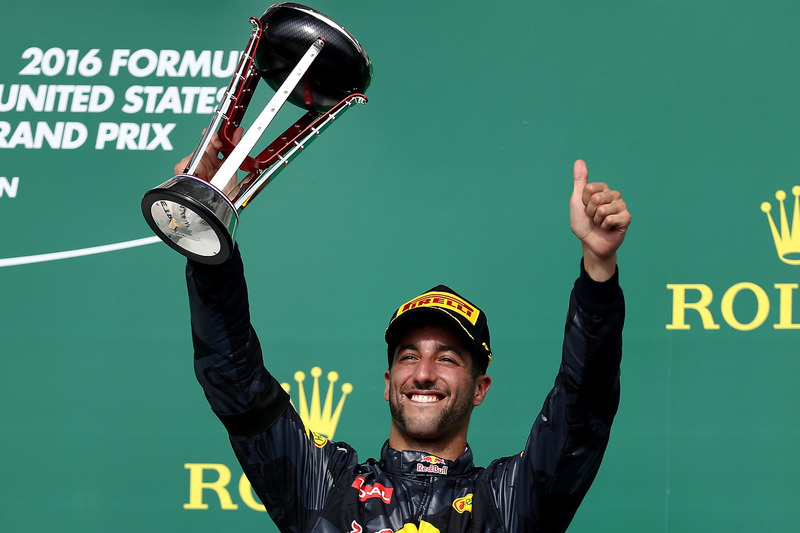 Formula 1's return to Baku after a year away had thrown up an eventful qualifying marred by four red flags, but the race appeared to be running to a familiar Red Bull vs Mercedes template entering the closing stages. That is, until a dramatic conclusion where victory was snatched away from two drivers, before landing in the lap of Sergio Perez