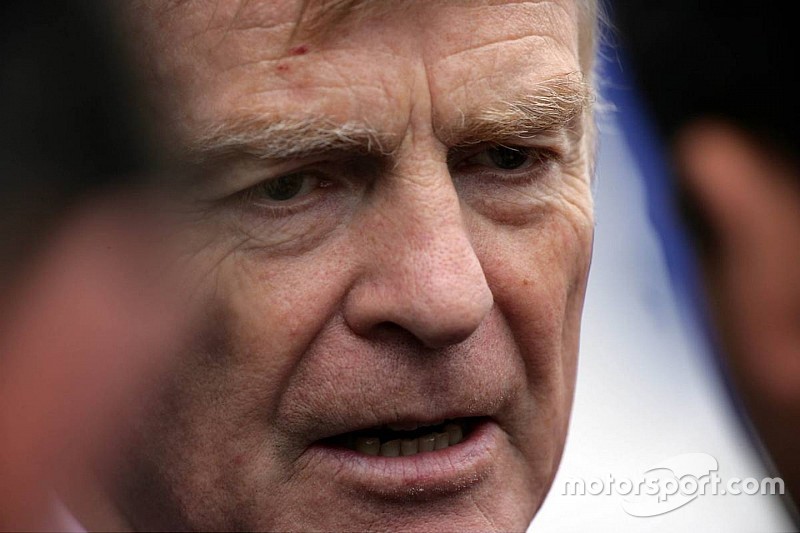 Former FIA president Max Mosley fears that Formula 1 may have gone in the wrong direction with the rule changes coming into force for 2017.

F1 is undergoing a major revamp this year, with wider cars, bigger wings and bulkier tyres set to deliver a step forward in laptimes of up to five seconds compared to 2015.

There have already been concerns voiced about the impact the changes are going to have on overtaking, with F1 tyre supplier Pirelli warning there is a risk of processions because overtaking will be so hard.

Now Mosley too is not sure that the changes coming for the season ahead will be beneficial, either from the spectacle viewpoint or on safety grounds.

"My personal view is that it may have gone in the wrong direction," he told ITV. "I would have gone for less aero and perhaps more mechanical grip.

"Deliberately setting out to make the cars quicker is questionable because all the rules for the last 40 or 50 years brought in by the FIA have been to make the cars slower – either slower or safer, because speed equals danger obviously."

If the rules do not deliver then that will likely further increase the pressure on new owners Liberty Media to make further changes to F1.

Mosley thinks that the American media giants should be open-minded about their vision for F1, even though the situation may be more complicated than it seems at first sight.

"Just because something's been successful doesn't mean it can't be done better," he said.

When asked if Liberty had underestimated the challenge that would come from making F1 better, Mosley said: "It's hard to tell. They may be brilliant and they may have the whole thing completely thought through. On the other hand they may find more difficult than they thought.

"I always imagine if somebody put me in charge of horse racing and said 'right, you've got to sort that out', it always looks easy from the outside.

"You see all the things that you think they're doing wrong. And then when you get all the files and the dossiers put in front of you, you find out what's really going on."

However, Mosley thinks that in signing Ross Brawn to help on the sporting front, Liberty has a great asset in place.

"Ross completely understands the sport and he understands what needs to be done and he's got an absolutely first class analytical brain," said Mosley.

"I think he'll be an enormous asset to them and that side (the sporting aspect) isn't really what Liberty should be doing. Ross is outstanding so they made a good choice there."

BMW says no plans to return to Formula 1