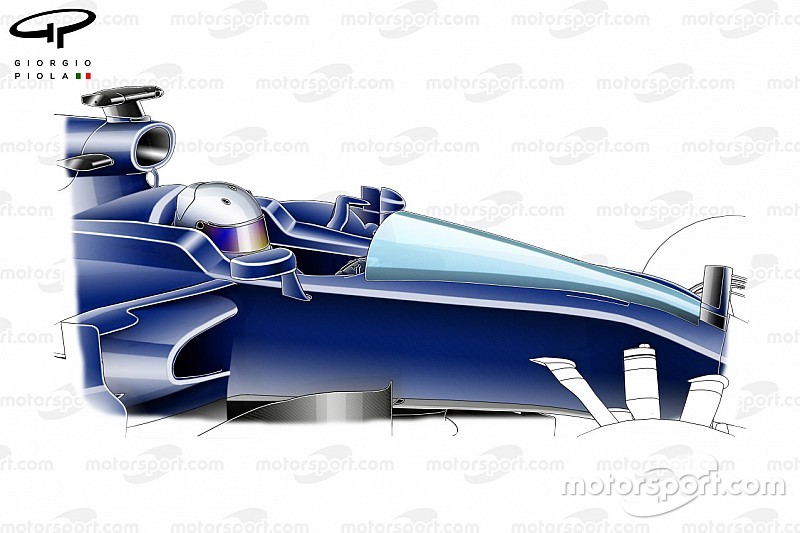 McLaren hopes there will be a version of the Shield cockpit protection device ready for Formula 1 teams to test for the Italian Grand Prix in September.

The Halo device had been the subject of much debate during 2016, amid expectations it would be introduced in 2018.

But the shield has now been established as the preferred option after the concept was shown to drivers at the Chinese GP.

All the teams tested the Halo at some point last season, with the device first appearing on a car as early as March when Kimi Raikkonen ran it during pre-season testing.

The shield is still largely an outline concept that hasn’t been tested extensively but McLaren racing director Eric Boullier is hopeful there will be a device ready by Monza in September.

“We just got the drawings a couple of days ago from the FIA,” said Boullier during the Russian Grand Prix weekend.

Renault driver Jolyon Palmer has said F1 drivers remain split between backing either the halo or shield device or preferring no head protection at all.

McLaren's Fernando Alonso believes some form of head protection will be supported so feels it is the job of the FIA and teams, rather than drivers, to achieve a solution.

“For us and all the drivers I guess and the GPDA, we will always confirm that we are happy to have extra head protection,” said Alonso.

“So it’s due to the FIA and to the teams to accomplish this.

“We don’t have much information about this new device. We only saw the drawings and things so we need to be sure it’s safe enough or is, in most of the cases, as good as the Halo.

“It’s not up to us to choose the device that will go into the cars.

“What is for sure that we support extra head protection as maximum as this protection can be.”

F1 was held back by Ecclestone, says Carey